Amra Sabic-El-Rayess on Her Story of Love, War, and Survival

In this interview, Amra Sabic-El-Rayess talks to Alexander “The Engineer” Lim, host of AuthorStory by alvinwriter.com, about her book, The Cat I Never Named: A Story of Love, War, and Survival. 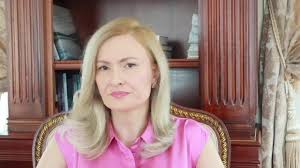 Amra is a Muslim who grew up in Bihac, and she was discriminated against for her religious beliefs. This discrimination came into full play when the genocidal Bosnian War of 1992 - 1995 broke out, a war which pitted the Serbs (who followed the Orthodox religion) against the Bosniaks (who were Muslim) and, eventually, the Croats (who were Catholics). She experienced a four-year military siege, where she and her family lived without electricity and experienced part of her house being blown up by a bomb and the loss of several of her friends. That said, she was raised in a loving family, and it was that love which enabled her and her family members to survive the war. These kinds of relationship, Amra points out, hold just as true in the Covid-19 pandemic (which was when this interview was conducted) and given the present state of racism and social unrest in the United States.
Amra remarks that some of the memories she remembers intensely is the feeling of pain and seeing blood and bodies on the pavement. She also remembers the news of school opening again (she was then a teenager), but as the Serbs targeted schools for attacks with the intent of killing everyone there, attending school meant literally risking one’s life. Some of Amra’s friends had been killed during this time, and these teenagers were normal teenagers, with some being math nerds and who had crushes on others. Amra also notes that rape was a tool of war, and she, herself, almost became a victim when, in desperation, she and her mother crossed enemy lines in an attempt to buy food from her enemies so they could live. That said, Amra muses that one never recovers from such experiences, with these changing the way one lives and views the world. She remarks that surviving this genocide was a “mental toll,” but also made her more empathic and sensitive about others.
An important aspect of her life during that was was the unconditional kind of love she experienced with Maci (which is Serbian for “cat”), which was a contrast from what she was experiencing from other humans at the time. Maci came to Amra as a refugee cat, and Amra originally didn’t like to look after her, as Amra had been attacked by a German Shepherd while still a child. Maci followed Amra and her father home and stayed throughout that conflict, becoming “a light” in Amra’s life. Maci, according to Amra, was intelligent, bright, patient and polite, and likely had another family to whom something had happened, and it was because Amra interacted with Maci kindly that Maci hung around, quickly adapting to Amra’s family.
Amra mentioned that she became aware of how special Maci was when, on June 12, 1992, she, her family and several others were packed into a basement of another family to evade a Serbian attack (likely shelling). Amra and her brother snuck out to go to their house during a lull in the attack, unaware at that time that the Serbs would deliberately stop shelling to allow people to leave their shelters and go out so that they would restart shelling and catch a lot of people out in the open, thereby killing a lot of them. Amra and her brother encountered four of their friends outside their house, and while talking to them, the pair heard Maci somewhere. Amra and her brother then start looking for Maci, and at that moment a shell landed and blew up, killing their four friends. Another was when Amra and her family needed to escape the city to a farm of her uncle and aunt - a place that Maci had never been to - taking Maci with them. The family then needed to leave quickly and were unable to find Maci at the time; but some time after they returned home, Maci showed up, after having crossed hills and some possible minefields. And during her stay, Maci did such things as offer the birds and mice she caught to the family. 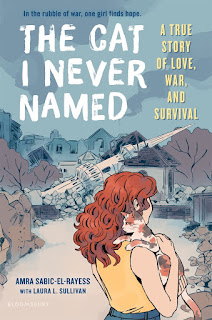 Amra is a self-admitted math and physics nerd and appreciates the value of education, particularly given the discrimination that she had experienced. She also wrote poetry during the war, with her poems being blown up during the war, and she would tell stories to her students to help make things more memorable to her students, once she was in the academe in the United States. She hesitated writing a book on her experiences because of all the traumatic memories she knew she would remember, and it was after her younger daughter asked her, given the present situation in the United States, what would happen to her and her older sister in case Amra and her husband were rounded up and taken away. “That was a question I never wanted to hear from my child,” Amra noted, adding that, if young adults ask such questions, society is on a negative tangent, and hopes that writing her memoir would evoke empathy and understanding from those who read it.
Amra remarks that she has been “pleasantly surprised” by how her book has been received by both critics and regular readers, and the praise that she had received because of it. That said, she has also received threatening e-mails and messages on social media from racists who only know that she is Muslim, because she is using her voice to tell her story.
Purchase from Amazon:
The Cat I Never Named: A Story of Love, War, and Survival by Amra Sabic-El-Rayess
Posted by alvinwriters at 3:03 AM