Kari O'Driscoll on How Truth (of Caretaking) Has a Different Shape

In this interview, Kari O'Driscoll talks to Alexander “The Engineer” Lim, host of AuthorStory by alvinwriter.com, about his book, Truth Has a Different Shape.

“It’s all about showing up for people in the way that they need me.” ~Kari O'Driscoll 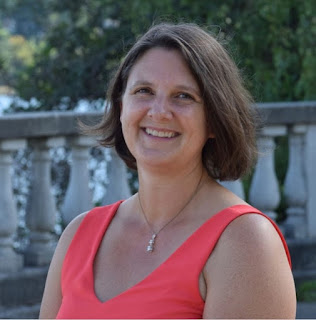 Given Kari’s background in healthcare, it would seem, on the surface, that her looking after her mother in the latter’s old age would not be much of a challenge, but this isn’t the case. In her childhood, Kari had to essentially become the mother to her younger sibling as well as to her own mom. At the start of her caring for her mother, Kari felt angry and resentful about doing so, but as time went by, Kari went on a journey which enabled her to deal with her mother with love and compassion. Kari also notes that some parents, once they become the one looked after, become resentful at the reversal of roles, even as the children wonder how to get their parents to do things.

For Kari, the definition of caretaking and being a caretaker evolved. Initially, caretaking for her was very much frantic and survival-based, having to do with everyday needs, such as food. Shedding that kind of fear-based caretaking became hard for her to do when she became a mother, and over time she realized that the most profound kind of caretaking is the one which comes from listening and accepting the person for who they are, so she can be with that person in that moment, compared to the previous paradigm of constantly trying to head off disaster.

Kari admits that the circumstances of her introduction to caretaking were “unique,” in that, in the space of three months, her family fell apart when she lost a brother, her parents got divorced, her father remarried and moved away and her mother fell into a deep depression and couldn’t function. Kari stepped up, at the age of eight, and became the primary caretaker for the entire family, influenced by the fear that, if things didn’t appear normal to everyone else, everyone would get taken away. “These expectations were internal,” Kari admits, and there was additional stress in that, as a child, she couldn’t let any adult know what was going on. She attempted to be the mother she thought mothers should be, as well as resented her mother for not being the mother she should have been. When Kari became a mother herself, she fell into the kind of rigid expectation of what a mother should be, one who provided three hot meals a day and stayed home with the children so they could be constantly stimulated and involved with various activities so they would develop properly.

Kari reflects that the expectations of mothers in today’s society are not reflected in the expectations of fathers today, and a lot of expectations laid on mothers aren’t sustainable - “a recipe for disaster,” she adds. Kari notes that she was initially “certain” she wasn’t going to have kids, and when she finally had her first child, she figured she had already “walled off” her experiences from childhood. This wasn’t true, and this insecurity manifested itself in the phrase she constantly heard in her head: “What makes you think you can do this?” It was a voice that she constantly ran away from until she “broke,” at a time when she felt exhausted and realizing she could no longer fight things, after which she went into depression to the point of feeling suicidal. This realization made her seek help and, eventually, therapy for her concern, particularly as she didn’t want her children to experience what she, herself, experienced when her mother went into depression. Seeking help took a lot of courage from her, as she didn’t want her children taken away from her in a repeat of when her brother was taken away from her while she was a child. 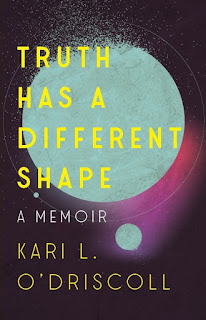 Kari’s present way of caretaking, she reflects, creates a relationship between the caretaker and the one being taken care of while enabling the latter to have a voice in what is going on. Doing so, she notes, enabled her mother to deal with the latter’s own grief about her loss of independence, which is reflective of a relationship. Kari also notes that, in the old paradigm of caretaking, those being taken care of aren’t given credit for what they actually might need, and in particular, where children are concerned, the latter don’t get the space they need to explore and learn and grow. Kari’s present style of caretaking is all about creating, with her daughters, for example, a foundation of a relationship where they know that she is there for them whenever they need her. She also notes that her guest room is open for kids who need a place to be, and that she also volunteers for community service and is on the board of an organization that provides employment for adults with mental illness, which are expressions of her present paradigm of caretaking.

Kari O’Driscoll, as a person when living in the old paradigm of caretaking, was a compulsive perfectionist, a Type-A personality whom others viewed as being “hyper-competent.” She ground her teeth and didn’t sleep a lot and made sure that the house was always clean and that every last detail was looked after. “Ninety percent of my decisions were made out of fear,” she points out. 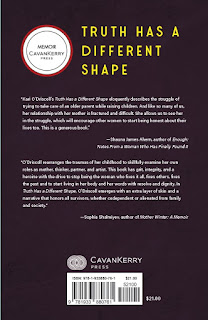 Kari O’Driscoll now is someone who is more grounded, calmer and more likely to take a break. She’s now more likely to say that she doesn’t know the answer and is willing to help someone find the answers to their questions. She only takes on roles where she feels called to do and doesn’t really care about what other people think, knows that she doesn’t have to know, all the time, that things are going right, and trusts more that the Universe is holding her.

Where her book is concerned, Kari remarks that her story is unique and different. Also, she notes that a lot of kids in the 1970s were “latchkey kids,” who essentially raised themselves while their parents were out, and that kind of environment, when growing up, creates a lot of “baggage,” which is something that a lot of people, particularly those who were former latchkey kids, could relate to. In addition, her concern of raising children at the same time as looking after an elderly parent is something baby boomers is likely to be something the latter are presently undergoing, and as navigating this situation is tricky, Kari hopes that her memoir might have some information or perspective that might be able to help them.

To those who are overwhelmed with looking after someone, Kari recommends creating their “to do” list of all their activities that they should be doing, and then seeing what activities they can either outsource or eliminate. “We make assumptions that all of these needs to be done,” Kari notes, adding that eliminating some things enables people to have room to breathe and have time for themselves.

Truth Has a Different Shape from CavanKerry Press


Purchase from Amazon:
Truth Has a Different Shape by Kari O'Driscoll

One Teenager at a Time: Developing Self-Awareness and Critical Thinking in Adolescents (AuthorStory Blog)

One Teenager at a Time: Developing Self-Awareness and Critical Thinking in Adolescents (AuthorStory Videos Blo)

Posted by alvinwriters at 12:39 AM No comments: