Lisa Sniderman on How She Kept Shining & Thriving Even With Chronic Illness and Limited Energy (You can do it, too!)

In this interview, Lisa Sniderman talks to Alexander “The Engineer” Lim, host of AuthorStory by alvinwriter.com, about her virtual summit, Keep Shining: How to Thrive With Chronic Illness and Limited Energy.

“Where you are and who you are right now is enough.” ~Lisa Sniderman

Lisa, in 2019, collaborated with some 20 artists to help create an animated video and song about her illness and recovery, and during the same year, her book, A Light in the Darkness, had been converted to an audiobook with her as the narrator and had been considered for the Grammy awards, which she went to in January 2020. The awards were an experience, as she needed to rest between awards events – an experience which she remarked as feeling “surreal.” (Lisa implemented a “no hugs” policy during that event, due to her autoimmune condition, which she remarked was a forerunner for actions that need to be taken during the Covid-19 pandemic.) She had been honored with over 20 awards for both audiobook and video, and has been home-bound since early 2019 due to a flare-up of her condition. Although Lisa has been receiving infusions intended to moderate her symptoms, she has decided to discontinue these and use diet and activities such as yoga, due to the present Covid-19 pandemic and concerns arising from this.

Lisa has focused on creating and had been working on the free virtual summit since July 2019, which created a challenge where creating time and balance between work and self-care were concerned. She thus limited herself to conducting ten interviews a month, with a maximum of two interviews a day. Lisa is also creating a spoken-word album in collaboration with her Producer and an ensemble, which focuses on grief and thriving – a process which is challenging, given the present sheltering conditions around Covid-19. That said, she remarks that those with chronic illnesses might be more adapted to the present conditions of self-isolating, and could thus be in a better position to help others adapt.

Lisa has been living with dermatomyositis, a degenerative, inflammatory muscular disease whose symptoms include skin rashes and which causes muscular weakness and attacks the immune system, since April 2008, and in addition to helping manage this with medicine and therapy, has also been managing her condition with creativity. She realized that she presently has challenges creating and connecting with others while creating a community while at home and with a limited amount of energy, and this is the seed of her online seminar, along with the video and the book that she had helped create. Lisa intends to inspire others in a similar condition as herself to thrive, and this is the purpose of her two-week, 60-talk summit. The summit itself starts on July 10, 2020, which is Chronic Disease Awareness Day, and this also plays into seven out of ten people in the United States living with chronic illness (7/10).

The summit’s expert speakers consist of medical experts, artists who are battling illness, alternative practitioners, thought leaders, spiritual leaders, healers, creative therapists and members of online support networks. Lisa focused on speakers who can address familiar issues which face those living with chronic illness, such as how to address one’s emotional, spiritual and mental well-being – things which, she notes, “fall by the wayside,” given the emphasis on physical well-being. In addition to 60 interviews, two speaker panels will also be involved, where the questions asked by summit participants will be answered by experts, participants can interact with each other through Facebook, and drama therapy workshops will be conducted. Although the summit is intended primarily for those with chronic illness, Lisa believes that anyone interested in improving their health and well-being during these times of pandemic can get something out of this seminar, as the emphasis of the summit is how to thrive during challenges. 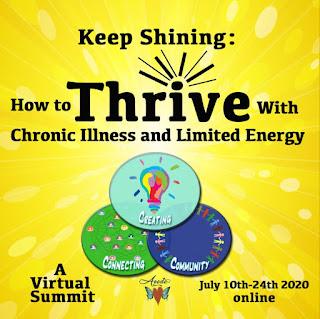 Some of the topics that Lisa is excited to present include holistic nutrition (which includes practical strategies on what to eat and how to reduce inflammation); using meditation to relax, heal and transform; and using expressive arts to heal and transform. She also noted the involvement of Amy Oestreicher, whose stomach had exploded; who, after coming out of a months-long coma, learned she could not eat or drink; and who gives practical advice on thriving, based on the lessons she learned from her experience. Lisa also notes that one of the topics in her seminar is on sex and intimacy while living with chronic illness, which isn’t much talked about but which is important to the relationships in one’s life.

To those who are impacted by chronic illness, Lisa recommends finding a trusted disease-related organization or a disease-focused support group, as well as a doctor who takes the situation seriously. “Don’t go at it alone,” she emphasizes. Lisa also remarks that one should grieve when one is suddenly confronted by the reality of chronic illness, as this is necessary to eventually keeping one’s dreams alive.

BUY on AMAZON:
A Light in the Darkness: Transcending Chronic Illness through the Power of Art and Attitude Paperback by Lisa A. Sniderman 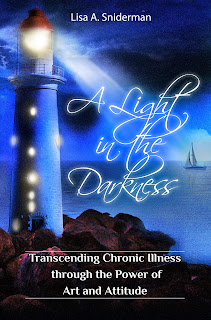 Sign up for the Keep Shining virtual summit (July 10-24, 2020) and learn how to thrive with chronic illness and limited energy

Watch Lisa Sniderman's Keep Shining Music Video which shares her personal story and struggle with illness, disability and her recovery

Isabella Michon: Wagging Tales: Changing Lives on Facebook One Tale at a Time

In this interview, Isabella Michon talks to Alexander “The Engineer” Lim, host of AuthorStory by alvinwriter.com, about her Facebook column, Wagging Tales: Changing Lives One Tale at a Time.

“Never give up hope, always try to look at the positive. We’re all in this together.” ~Isabella Michon 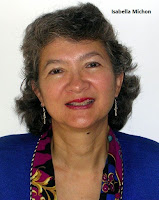 Isabella feels “blessed” to have always held jobs which she liked, where she felt she can send a message and help people change their lives. She is particularly glad that she was able to use her Journalism degree to get work related to it, and as she has always liked anything to do with entertainment, as this offers the opportunity to inspire people. Isabella points out that a TV producer is essentially the person who conducts such activities as booking the guests, writing the introductions and working with the script and the host, while the director handles the technical aspects of the show, such as figuring which cameras would go live and so on. She has also, throughout the course of her career, met such people as Mickey Rooney, Jane Fonda and Oprah Winfrey.

Isabella remarked that, when she was with Harper San Francisco, she focused on religion and spirituality based books, although she was also exposed to other kinds of books. It was after she left Harper Collins, to look after her newly-born son, that she set up her own publicist business so she could spend more time and look after him. She points out that being a publicist was something that could be done from home, with the requirements, when she started out, essentially being a phone and a computer. Isabella counts herself to be fortunate, as her extensive contacts, built up over the years have enabled her to create the necessary connections – such as producers and reporters – to get her clients the bookings they need. She also mentions that, as passion and creativity are important for the work, being a publicist is “a great place to be,” as “publicity,” according to her, is another way of saying “public relations” and maintaining relationships, as it is a way to let the outside world know about whatever it is that one is promoting.

Isabella reflected that, as a producer, one of the first questions she asks is: “Do you have your own, personal story?” This comes into play with her being a publicist, as knowing what goes on with an author also makes it interesting for her. Isabella also remarks that, with novelists in particular, what they write about springs from their own lives, which is where the interest in the author’s personal story can be important. Being a good publicist, she notes, is about being curious, having an interest in, always asking questions about, finding the unusual about, and what the motivation is, for people.

Wagging Tales is a column that Isabella posts on her Facebook page, mostly because she was already familiar with that social media platform; that said, she will try different platforms in the future. The name comes from her dog, Joey, and she came up with the column after feeling down during the present time of shelter-in-place during the Covid-19 pandemic. She then researched on any good news she could find, was amazed with what she discovered and then decided to highlight some of these positive, good deeds and create a column out of that. The column honors popular people as well as those who have made an impact but who aren’t well-known throughout the world, such as her son’s music teacher, Emily Gates, and Lesley Bradley, CEO of W. Bradley Electric (the company was named after Leslie's father, according to Isabella), which spearheads a “Random Acts of Kindness” committee. As of this writing, she hopes to feature such people as Fr. Brian Costello, the pastor of Our Lady of Loretto Church in Novato, who has refused to retire early, despite his being diagnosed with terminal cancer, as well as Captain Thomas Moore, who is a British veteran who did 100 laps for his 100th birthday to raise money to support efforts to fight the present pandemic. 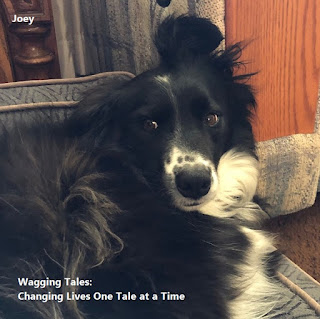 Isabella has looked into how doing positive things can affect one, and she notes that doing good deeds and being grateful are good for one’s health, according to all the articles and references she has researched. She remarks that her column not only covers her community, but also that of the world at large. Isabella also loves the flexibility that her column affords her, as she can highlight various kinds of good works conducted by different kinds of people, such as nine-year-old girl Aria Luna, Lady Gaga and the Sean Bonnette's AJJ band, which does a nightly complementary free online show, and she also honors members of the medical profession with all the work they are presently doing in her column.

Isabella points out that businesses are now working out different ways to make a difference in their industry, and for those who want to help out during the present pandemic, she points out that there are a lot of different organizations that one can volunteer for. She also remarks that monetary and blood donations are helpful, as is picking up a phone to call up a senior citizen to check up on them. “Think about the talents you have and what you can share,” she advises to those who think about what they can do. Isabella also remarks that, during this present pandemic, social media platforms can play a great part with keeping people connected. That said, Isabella remarks that one should take care of oneself first before being able to help others.

See the Facebook column: Wagging Tales: Changing Lives One Tale at a Time by Isabella Michon

PR for Anyone: 100+ Affordable Ways to Easily Create Buzz for Your Business Kindle Edition by Christina Daves 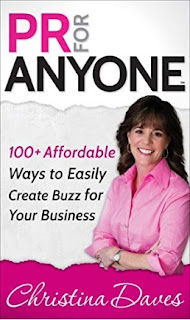