In this interview, Jennifer Anne Moses talks to Alexander “The Engineer” Lim, host of AuthorStory by alvinwriter.com, about her novel, The Book of Joshua.

“Find a way to get to the truth.” ~Jennifer Anne Moses 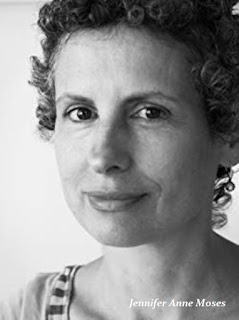 The Book of Joshua was inspired by a real-life friend of Jennifer who was a teenage summer love, Danny. It turned out that Danny would have a schizophrenic break during college, and while he did seem to get his life together (Danny did graduate from Princeton) he ended it by burning himself to death on the front lawn of his parents’ house. These incidents, and Danny’s fascination with her before the schizophrenic break, which wasn’t diagnosed until after it happened, were the inspiration for the main character of Joshua.

While Danny was the inspiration for the story, the main character, Joshua, is similar to Danny only in that they both had a “star quality” and a fascination, to the point of stalking, a girl they were interested in. Joshua, however, is given more hope, and his essential struggle is figuring out who he is, which reflects Jennifer’s own struggle in her own life. The novel describes the effects Joshua’s condition has on them, and Jennifer remarks that mental illness is a “cancer of the soul,” remarking that, even if one had cancer, one was still around, whereas with mental illness, one is destroyed from the inside out. She also notes that addiction has a similar effect, based on her own personal experience. 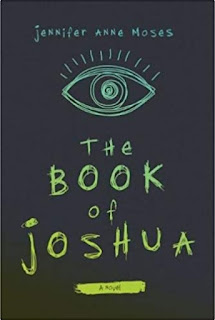 “Secrets keep you sick,” is a saying that Jennifer remembers, and she notes that secrets have to be “lanced” and aired out in the fresh air and light of truth, lest these consume the one keeping it. This is reflected in Nate, Joshua’s younger brother who, because he is “pissed off” with keeping the secret, provides the breakthrough to enable Joshua to figure out what is going on. The other character with whom Joshua bonds is Elizabeth, and while she has a secret of her own, she is determined to not let that rule her life; and unlike Joshua’s parents, Elizabeth and her mother are on the same page. She and Joshua bond together strongly as friends, and this helps Joshua along in his journey to figure out what happened.

Jennifer remarks that secrets and lies lie heavily on people and on society and the community in general, and that these eventually come out in such forms as gun violence, murder, suicide and other such acts. She believes that the truth should be told, as secrets will eventually get out, and that doing so will release one from the oppression of keeping such secrets. She also believes that one’s power or talent is given to one at birth, and that one should follow that path, which will become one’s journey in one’s life.

Purchase from Amazon: The Book of Joshua by Jennifer Anne Moses

Posted by alvinwriters at 6:17 PM