In this interview, Saeeda Hafiz talks to Alexander “The Engineer” Lim, host of AuthorStory by alvinwriter.com, about her book, The Healing: One Woman’s Journey from Poverty to Inner Riches.

“Be as authentic as you can be in your journey.” ~Saeeda Hafiz 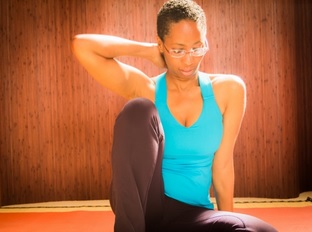 Saeeda initially intended The Healing to be a calendar to enable people to get in touch with themselves, but she then realized that, as she did so with other people, she found herself telling the same stories over and over again. It was because of this repetition that Saeeda decided to write The Healing as it has presently become.

Saeeda mentioned that, as she went along her journey of living healthy, she would occasionally get flashbacks of childhood traumatic events. She grew up in an environment of poverty and domestic violence, with her mother being the only parent who brought up her and her siblings. This upbringing permeated her life and the lives of her siblings, particularly when it came to stretching the money available.

Saeeda notes that, within the African American community, there is a conversation that getting an education ensures that one rises above the circumstances of one’s poverty, but that doing so isn’t easy if the community and environment don’t support that goal. She gives the example of her grandfather who claimed he was doing okay, despite getting only a junior high school education, and he then pulled her father into what he was doing. She notes that there are changes involved with assimilating into an environment different from the one that one grew up in, and that not everyone is comfortable with this. Saeeda thus used food and yoga to center herself as she underwent this kind of journey of curiosity and development.

Although friends had tried to get her to try out yoga during college, Saeeda became involved in it after she graduated. She acknowledged that she initially resisted going to yoga classes, particularly as she was the only black student taking up yoga and her classmates were twice her age and could hold yoga poses she couldn’t yet hold, and could hold their poses longer than she could. Saeda nevertheless felt that yoga was a calling for her, and that, at the end of the classes she took, she got a sense well-being and peace, as well as that healing was about to happen. 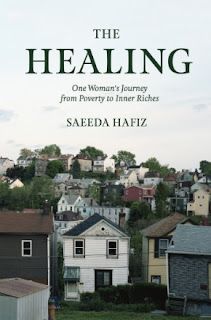 Saeeda remarked that the conversation of doing certain things will result in freedom from the past isn’t a truthful one. She notes that, in her experience, eating food that was “alive” helped her synthesize her childhood experiences. Yoga also helped her understand that there was a path of moving these experiences through herself to create a deeper sense of health. Saeeda also remarked that eating the proper kind of food and yoga helped to lift herself from those negative experiences, particularly any shame associated with these. She then points out that this can be useful when coming to terms with the parts of a family’s or a country’s history that were traumatic, as acknowledging and integrating these aspects is actually what enables one to move on. Saeeda also remarks that empowering one another is important to move on, and that people need to own their actions to allow forces to come into play, so everyone can move forward together.

Saeeda notes that there is always power in the present moment, where one can look where one presently is and realize that there is something one can do to help change one’s present direction. To those who may be struggling with the traumas of her past, Saeeda recommends that they try to connect with their own, inner voice, the voice of their true self, and see what it’s telling them, noting that it takes a lot of work to run away from oneself, which is easy to do with the distractions available today.

Purchase from Amazon: The Healing: One Woman’s Journey from Poverty to Inner Riches by Saeeda Hafiz

Posted by alvinwriters at 1:20 AM