Lian Gouw on Being an Author and Publisher of Indonesian Literature

Lian Gouw talks to Alexander “The Engineer” Lim of AuthorStory by alvinwriter.com about her book, Only a Girl.

“Emotional truth is the truth that comes from the deepest part of your heart and is spontaneous, and the lines that you write down somehow are universal truth.” ~Lian Gouw 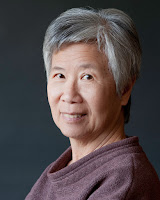 Lian has always loved to read and write, and as a teenager, she won several essay competitions. She put her writing on hold for several decades, taking it up again when she was in her sixties. She had always wanted to publish a novel, and to prepare herself to fulfil that dream, she took courses on writing. Her efforts paid off when her book, Only a Girl, was published in 2009. The book tells the story of three generations of Chinese-Indonesian women, and tells the story about the intricate dynamics of the family.

Lian notes that, with the present trend of internationalization and integration, family dynamics involving peoples of different cultures tend to get somewhat complicated. Lian also notes that the book has been well-received in the Chinese-Indonesian community and has helped its younger readers understand their parents better, and is presently being used as required reading in several universities. Due to her upbringing, Lian was far more fluent in Dutch and English than she was in Bahasa Indonesia, hence her originally writing out Only a Girl in English, which would later be translated into Indonesian under the title Menantang Phoenix.

Lian mentioned that she encountered the concept of “emotional truth” while studying to be an author and mentions that this is an important element in writing fiction. She then read a passage from her book as an example of this, stating that that was her roots speaking to her, and this is the reason why she doesn’t write lighthearted books.

Lian decided to go into publishing after her first return trip to Indonesia in 2010 since her emigration to the United States. The trip opened her eyes to the dearth of good books in English, and and this was her reason behind her desire to translate Indonesian historical novels into English and release these into the English-speaking market, hence her setting up her publishing house, Dalang Publishing.

Dalang Publishing had originally accepted only previously published works, under the assumption that, because the works had already been previously published, the historical facts in these works would already have been checked and the editing had already been completed. Such an assumption wasn’t always true, so Lian and her editors still needed to check facts and editing, hence Dalang Publishing’s being open to new material. That said, Dalang Publishing books are presently available through such large distributors as Ingram and Baker & Taylor. 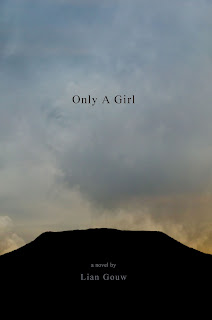 Where publishing and marketing is concerned, Lian has found that Americans are curious about her books. Her main challenges are economic and technical in nature, as she lives off social security and isn’t too familiar with the Internet and information technology. Her ultimate goal is to have good Indonesian stories accessible by public libraries and stores, as well as to be of such good quality that they become part of a literature course so that future generations can get in touch with their roots.

With regard to experiences, Lian reflects that she has experienced both compassion and greed, which are the extremes of experiences for her, and with regard to the time in her life that she would like to live in forever, she remarked that she would like to stay where she is in now, as these are her richest years, noting that she had lived long enough to gain insight and experience that is worth sharing. She also notes that she hopes to die with her life’s work not quite finished, because if her life’s work was finished, she said, there is no more reason to live.

Purchase on Amazon, Only a Girl
Posted by alvinwriters at 6:28 PM