Susana Stoica on Healing with a Loving Heart

In this interview, Susana Stoica talks to Alexander “The Engineer” Lim, host of AuthorStory by alvinwriter.com, about her book, Healing with a Loving Heart: Discover the Power of Energy Healing.


“Keep healthy, look for alternatives and help others to help yourself.” ~Susana Stoica 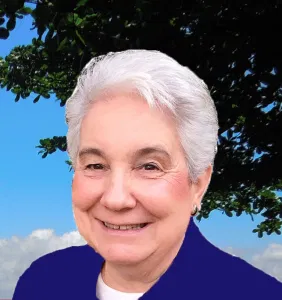 Susana had always been interested in how the brain works, and she had the option of being either an engineer (her father was an engineer) or a doctor. One of her cousins was a doctor, as it turned out, and after an experience where she learned that being a doctor was, according to her cousin, all about “cut people into pieces,” she decided to become a computer design engineer. The latter was close to her interest in discovering how the brain works, and her thesis was on computer systems which mimic the brain’s neural cells, at a time when research on this particular aspect was in its infancy.
It had been decades later, while Susana was working on neural computer design, that her husband became so ill that he likely needed hospitalization. As was typical of European males, according to Susana, he resisted going to a hospital, so she took up a healing course, during which time her hands acted on their own while she was healing on someone. The person she was working on at the time wound up being recovered from a long-term illness which her doctors couldn’t solve. This incident actually scared her off healing for a time, but she later returned to doing so after she healed her son of a tumor. The doctor who looked over her son’s tests told Susana that such healing “doesn’t happen,” and after learning about what she did, the doctor began recommending clients to her.
When Susana moved from her native country of Romania to Michigan, she worked with doctors to diagnose the illnesses some patients had. One of the things she helped out with was helping the doctor figure out what came first, as proper medical treatments do rely on such information. Susana could see the “timestamp” of the sequence in which the particular conditions appeared, and this helped the doctors heal their patients that much faster.
“Healers don’t actually heal,” Susana remarks, adding that everybody is born with an energy field that radiates from within the physical body and surrounds the latter. This field is what enables the “healing” of the physical body, and due to stresses and traumas in life, the energy field doesn’t work properly. Healers thus balance the energy field, which allows the body’s physical healing properties to work. Healers either see the energy field or, in Susana’s case, feel it with their hands. That said, Susana can, on occasion, see the body and its organs, and she first checks the person’s present energy field, particularly its combinations of frequencies. She then can sense the differences in an energy field where the body is injured, such as a missing part of the energy field where a bone is broken or heat over an inflammation. Susana also mentions that, when a person is sick, the frequency of that person’s energy field vibrates at a lower frequency than usual, and which thus means that that person has less energy available for their recovery.
Susana notes that, in children, the vibration of energy is particularly strong, so a single healing session is usually enough to heal that child. For older people, such as adults, the concern, when healing, is when the body accepts an existing injury as part of its “new normal” of being in a healthy state, and thus maintains that injury. The healer thus works to nudge the field back to its previous, uninjured state, one prior to the “new normal.”
Diagnosing by using energy healing is more sensitive than present technological equipment, Susana notes. She then explained a case where she worked with a young woman who had a bruise in her brain, one which MRI equipment didn’t detect. Susana’s healing efforts enabled the woman to have children, which she couldn’t have been able to do with the medications her doctors had given her.
One of Susana’s reasons for writing Healing with a Loving Heart was to inform people that there is still hope for healing even when modern medical technology essentially judges that there is no way to heal. Susana then remarks that she has worked with ALS cases (which is a condition when neural connections are broken) which aren’t traditional ALS cases, such as metal poisoning or a severe imbalance in the body’s trace minerals, which was what happened in an ALS case that was referred to her. Another of Susana’s reasons was that she wanted to pass on the knowledge she had accumulated, so that, once she passes on, it will be available to others.
An interesting aspect of her book is that, at the end of each chapter, there are suggestions given to people for them to ask their doctors, so the latter can better diagnose whatever condition they have. She also notes that anyone can use this energy to heal and to energize themselves. 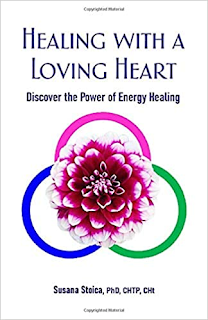 Where the present (at the time of the interview) concern with Covid-19 is concerned, Susana remarks that Covid-19 didn’t appear to her like any illness she had encountered. She remarks that, with such illnesses as flu, whatever the variant, the same part of the energy field will be affected, but with Covid-19, the virus attacks the weak parts of the body, and this will likewise be reflected in the energy field, which means that the weaknesses in the energy field, caused by Covid-19, will vary from person to person. The virus, at the start, was highly virulent, but at the moment it’s less so, being more like the seasonal flu. That said, it could be taken in through an exchange of bodily fluids, so proper hygiene measures need to be taken to not get it, such as wearing masks and washing hands. Keeping in touch with others is likewise important in resisting the virus, and technology helps out greatly here, as is breathing clean air, since viruses and bacteria do not like oxygen.
Susana recommends that one should look for alternative doctors or alternative health practitioners, if a doctor says that one cannot be healed, as they might be able to help. She also recommends helping out others whenever possible, as doing so would be good for one’s own energy as well as for the person being helped.
Purchase from Amazon:
Healing with a Loving Heart: Discover the Power of Energy Healing by Susana Stoica
Posted by alvinwriters at 3:32 AM