James Buckley on Soccer and the Math Behind the Perfect Goal

In this interview, James Buckley, Jr. talks to Alexander “The Engineer” Lim, host of AuthorStory by alvinwriter.com, about his book, It’s a Numbers Game! Soccer: The Math Behind the Perfect Goal, the Game-Winning Save, and So Much More!.

“Everybody loves something.” ~James Buckley, Jr. 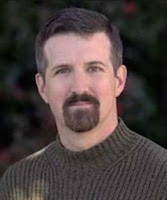 James has had a “very lucky career,” as he liked writing and sports since he was a child, and feels very lucky to be able to combine both interests in his work. Most of his work, such as biographies, is non-fiction for young readers, and he enjoys telling young people stories about the world they live in. James also loves introducing young people to the sports that he loves, mentioning that young people are just starting to jump into sports, while the adults who have been in it all their lives have a lot of insight into these. The It’s a Numbers Game! series shows how to combine math with a sport, to help kids better understand and enjoy the sports so highlighted.
Where writing is concerned, James jokingly remarks that, whenever he lacks inspiration, he looks at his refrigerator, which has all of his bills attached to this. The reminder of all the bills that need to be paid “cures writer’s block pretty quickly,” he notes. His favorite advice to young would-be writers is to “start in the middle,” and then get on to the end and the beginning later on, as well as writing about the things they are interested in and know about. Writing is something that comes easy to James, and is an activity he enjoys.
James, who started playing soccer at the age of seven, went over the history of the game briefly, going over the establishment of two different kinds of ball games (rugby football and association football) in England, and association football being called “soccer” in the United States, as the game that is presently called “American football” was already popular. He notes that immigrants brought soccer into the United States, and even today, he plays soccer whenever he can. He also shared that, during a recent World Cup, his city hosted a mini-World Cup, and there were enough players to form twelve teams.
James remarks that, when kids talk about sports, they talk about numbers, so math is a natural entry to start a conversation on a sport, adding that math and sports are usually a part of kids’ lives, and that it’s easy for kids to become familiar with math concepts if these are shown within the context of a sport. The book shows the basic math involved with the sport, such as averages and percentages, as well as such physics and geometrical concepts as triangles, vectors and diagonals, as a soccer game involves a lot of this.
Soccer doesn’t have as many statistics as sports like baseball, simply because there aren’t that many data points in soccer, which is a very free-flowing game, compared to other games, according to James, who then gives examples of some baseball statistics. That said, new statistics are presently being added to soccer, to create deeper levels of analysis, thanks to the statistics revolution that is presently taking place in sports. 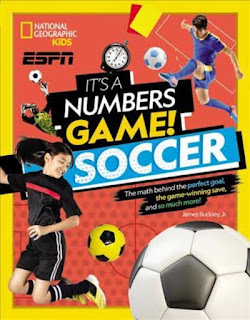 James notes that a soccer fan will pick up the book because it’s about a sport of interest, and then learn some math that one didn’t know before, while a math fan will get depth on some things that one would not be familiar with. Soccer has sixteen “Laws of Soccer,” which makes it a simple game to play, and which thus makes its basic easy to learn and understand, and is one of the reasons why it is so popular. The math involved is also easy to understand, compared to, say, baseball, which requires calculus to generate some of its statistics. Soccer thus makes concrete, to an eight-year old, esoteric (to that child) math concepts, as that child can see these play out, every day, in real life, James adds.
James appreciates readers, particularly those who read his books. “Readers make writers’ lives,” he notes.
Purchase from Amazon:
It’s a Numbers Game! Soccer: The Math Behind the Perfect Goal, the Game-Winning Save, and So Much More! by James Buckley, Jr.
Posted by alvinwriters at 2:03 AM