Melissa dela Cruz on Never After: The Thirteenth Fairy (The Chronicles of Never After 1)

In this interview, Melissa dela Cruz talks to Alexander “The Engineer” Lim, host of AuthorStory by alvinwriter.com, about her novel, Never After: The Thirteenth Fairy (The Chronicles of Never After 1).


“If you’re a writer, you write for yourself, and you write to entertain yourself.” ~Melissa dela Cruz 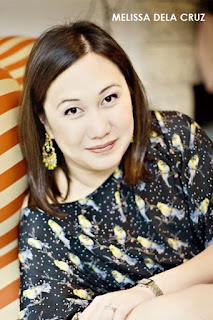 Melissa had always wanted to be a writer since the age of eight, and she wrote her first article at the age of 11 on Francine Pascal, creator of the Sweet Valley High book series. Her writing the article opened up the possibility of her being an author at the age of twenty-two, and even as she worked for such companies as Morgan Stanley, she continued to write, with her first published essay coming out in 1996 and with her first published novel (and the third she had written to that date) coming out three years later. She got into journalism as she was advised to create an audience for herself as well as to prove that she could write professionally and meet deadlines. Nowadays, Melissa remarks, there are several ways to create a platform and an audience, due to social media, and authors could always try self-publishing, to get their works out, and that children’s literature has grown in the past twenty-five years.
Melissa’s favorite author is Enid Blyton, who wrote hundreds of books. Melissa, herself, writes for children and young adults, and she remarks that book publishers buy and publish series books in pairs. She writes about four or five books a year, “which is not rare in the children’s book industry,” she notes. Where her process is concerned, she takes “several years” to think about the concept, then focuses on an idea, then creates an outline, from where the drafts are written out, after which the book is edited; and given the way her process works, she can edit several different books at the same time. Melissa does create outlines and does some planning, but in general she wants her stories to “surprise” her, so she allows her stories to grow as these go along.
Melissa draws inspiration from her experiences, as well as those ideas that interest her. “It’s about which idea can be executed for a book,” she notes. Melissa also remarks that she doesn’t work all the time and writes when “it’s easy,” so she doesn’t get burned out, and this enables her to write out “a lot” in a short amount of time. She also remarks that she’s able to get into her books everything that she wants to put in. “All my jokes are in there,” she remarks. To keep herself fresh, Melissa reads a wide variety of books.
Melissa’s creating stories for young adults comes from her identifying with these, and notes that she, along with other children’s book writers, empathize with kids and teenagers. This also comes out when she visits schools, as she admits that she is “on the side of the kids.” “That’s part of my sensibility,” she adds. 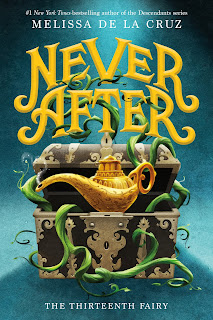 Never After builds from Melissa’s previous work, the Disney Descendants series (where she wrote Disney fairy tales), and puts her own original spin to some of these fairy tales. The main protagonist is twelve-year-old Philomena who enters the Never After world, and thanks to reading about these, she knows more about the worlds than the characters in them do. Other supporting characters also go on the journey with her, and where character development is concerned, Melissa will have “a lot of fun” writing that out.
Where her success is concerned, Melissa remarks that all authors work to become successes, which means that they need to believe that they will do well, and have the drive and the will and the desire to succeed. She notes that authors approach becoming authors in several ways, and that people can become authors at any age, citing the example of her own husband, who became an author in his forties. Melissa also advises one to learn how to handle success, as well as to distance oneself from how well or how bad one’s books are doing in the marketplace. “You have to enjoy the work, you have to like what you’re doing, you have to like yourself as a person,” she advises.
Purchase from Amazon:
Never After: The Thirteenth Fairy by Melissa dela Cruz
Posted by alvinwriters at 8:11 PM