In this interview, Dr. Mark Schillinger talks to Alexander “The Engineer” Lim, host of AuthorStory by alvinwriter.com, about his workshop, Young Men's Ultimate Weekend.

“Go out of your way to listen to what they are trying to say.” ~Dr. Mark Schillinger 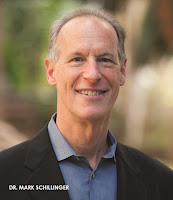 Mark grew up in Queens, where “everybody could hear everybody else,” in a family that had a history of depression and suicide. He thus turned to ways to manage the stress he felt, which took him on a path to exploring spirituality. This led him to a yoga center in Manhattan, and an even deeper exploration of Eastern philosophy and spirituality which led him to a career as a chiropractor. He even studied quantum physics, as he says that “quantum physics is spirituality,” given that the two describe the same reality and perceive reality similarly - something which helps him with his work as a life coach, enabling his clients to create a different perception of what reality is.

Mark moved to California from New York and hurt his back while working in a bakery. He found the experience of working with a chiropractor to heal his back fascinating, and this led him to becoming one. As a chiropractor, Mark delved into the nervous system, which he remarks is something which what chiropractor works with, as every cell in the body is connected to a nerve. The job of a chiropractor is to loosen up the body so that the nerves could work properly, and from there the body to likewise work properly; and this knowledge was what helped him out when he was having some problems with his own son’s nervous system. His work with the nervous system was also what got Mark into working in stress management, focusing on the neurology of that concern, to the point that he is now a registered instructor who can help clients relax.

Mark notes that all people love to connect and need people to connect with every day. Where the present pandemic (Covid-19) is concerned, Mark notes that humans are “innately wired” to know how to deal with such pandemics, given that such are a feature of human history, but that the present culture and societal setup doesn’t allow for the connection and relaxation necessary to deal with it. Mark’s work thus involved first teaching people how to relax, and then connecting with their own, personal values to consequently equip them with the tools and routines necessary to live their life in such a way that they can handle the stresses they encounter.

The Performing Stars of Marin was the first non-profit organization that Mark got involved in. It was set up to help primarily underprivileged children develop their artistic and creative skills, which he points out is necessary for them to handle the demands that their culture will place on them. 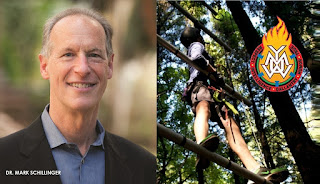 The Young Men’s Ultimate Weekend was conceived by Mark as a way to create a “rite of passage” for young men. He notes that this is important nowadays, given all the distractions that are available today, as young men lose their natural drive to strike out and be their own man. This also helps parents help their children lead into the young adult world at that time of the latter’s lives (12 - 14 years old) when they start to “tune out” their parents and work things out for themselves. Such developing kids need to live in a community that reinforces that their parents know what they are talking about, where lifetime values are concerned, so that the kids can become responsible and capable members of the community, while simultaneously discovering who they are and realize that the universe doesn’t revolve around them.

As an example of a rite of passage he observed, Mark cites the example of a rite of passage he observed in a small Samburu tribe in Kenya. Although he wasn’t told the details of the rite of passage, he observed that the result was that the young men of the tribe were proud to be the protectors of their tribe, to be the ones responsible to ensure their tribe was safe and secure, and proud to offer their skills to the community and its well-being. The purpose of a rite of passage, Mark notes, is to allow parents to release their children into the community, so that the latter takes care of them and reminds them of their various responsibilities. Establishing such, Mark adds, creates a calmer, safer and more cooperative community - something which is lacking in present culture, Mark notes, resulting in young men feeling isolated and alone and, from there, creating “all sorts of wacky stuff” about what their role in the world is. Such young men, he adds, are usually good young men who lack leadership, more than anything else. Mark also remarks that, if young men feel respected, and if the proper respect is given to them, then the young men will respond by respecting themselves, rather than regarding their elders with hatred and distrust, which results in those same young men acting out destructively and aggressively.

Mark also does rite of passage activities for parents, pointing out that, in today’s society, parents themselves are under so much stress that they need to learn how to let go of their son as a boy and relate to him with respect as a young man. He notes that parents need to have the skills available to relate with their son, and learn how to create an atmosphere of respect, and Mark notes that his training is based on consequences, which parents and young men alike appreciate, after which he gave an example of how a pair of modern-day parents learned enough skills which enabled them to deal calmly with a temperamental son whom they would otherwise have dealt angrily with.

Where modern-day devices are concerned Mark also notes that these create an atmosphere of instant gratification, rather than getting in touch with their drive to succeed in the outside world, contrasting this with how kids, fifty years ago, lived. The “old ways” no longer work, and he adds that young men who know how to bring their gifts and talents into the community, and who know how to be at peace with themselves, to be true to themselves and know who they are, are more likely to contribute to their families and communities. 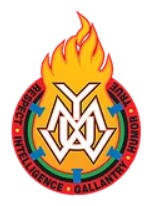 Where the Young Men’s Ultimate Weekend is concerned, the highlight is when the participants undertake an intense event called “Letting Go of the Boy,” where the participants release all their past pains, hurts, disappointment and anger in their lives to date, after which they are happier and more relaxed and more aware that they need to be responsible for their own well-being. This is followed up, a few hours later, by a sweat lodge event where they learn to relax, trust their intuition and be connected with something that is bigger than they are. Mark notes that a quarter of those who participate totally get what the rite of passage is about, and a quarter of those who participate don’t, although the seeds of future growth are planted in them, with the remainder falling somewhere between the two extremes. He remarks that the way the participants greet their parents at the end of the course is different from the way they would have greeted them at the start of the workshop.

Mark would advise people who see any young men to consider that these are the future, and to greet them and know that they have been seen to be friendly and worthy of respect. He also recommends that people interact with young men with respect, and they will become those that society needs.

The 7 Habits of Highly Effective Teens Paperback by Sean Covey 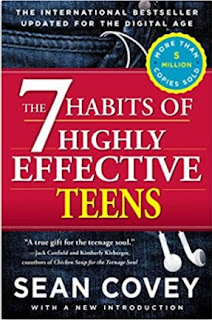 Posted by alvinwriters at 8:28 PM