Paul Schulte on the Race for 5G Supremacy: Why China Is Surging, Where Millennials Struggle, & How America Can Prevail

In this interview, Paul Schulte talks to Alexander “The Engineer” Lim, host of AuthorStory by alvinwriter.com, about his book which he co-authored with Austin Groves, The Race for 5G Supremacy: Why China Is Surging, Where Millennials Struggle, & How America Can Prevail. 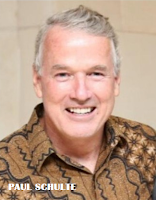 The idea behind The Race for 5G Supremacy is: what would it take for the United States to create an “Apollo Program” so it could catch up with China in 5G implementation? Paul’s digging into the program, along with co-author Austin Groves, brought up sociological challenges that need to be addressed for such a program to be successfully implemented. According to Paul, millennials have high levels of anxiety and depression, and a proportionately large number of them are dropping out of employment with Fortune 100 companies, which are the ones who are in the best position to launch 5G technology.

The Apollo Program came out of the United States’ national drive to win the so-called “space race,” placing a man on the moon before any other nation - particularly the then-Soviet Union - did. This involved not only technologically related companies but also the public funds necessary to develop the aspects of the program for which there were not yet any technologies or solutions available. The three main aspects of the Apollo program which are still presently influencing the world today are:

China didn’t have a legacy technological infrastructure that relied in copper, which meant that they could start from scratch, rather than deal with established interests which would want to keep the old technology viable. This meant that their movement into digitizing the physical world, using such technologies as the Internet of Things (IoT) and creating technologies to handle and process the enormous amount of information necessary to analyze peoples’ movements as well as how to operate cars, buildings, traffic and to create smart cities.

One example of an existing Chinese technology is the Super App, which is one, single application which a user can use to do such things as paying fines, borrowing money, dealing with the government, getting a wedding certificate, buying insurance, reserving at a restaurant - the things that people in other nations can do only by physically going to such places. Paul notes that none of the present Western tech companies created such systems. “You ever heard of Google Pay, or Amazon Pay?” Paul asks. “No, because there isn’t.”

Paul notes that China is years ahead of all other nations in such technologies as quantum space technology, digital currency, autonomous car research, smart cities, among others. By comparison, the American Federal Reserve is only now starting to venture into digital currency (which China has been doing for six years), Facebook is now only starting to venture into digital blockchain currency (which Alibaba has been doing for fifteen years), and China’s been working on smart cities for at least four years. Tesla is the only Western company conducting research on autonomous cars, compared to several Chinese ones. China has also rolled out 5G in several cities, placing them a few years ahead of the United States.

Paul notes that technological companies are the ones who are in the best position to benefit from rolling out such technologies as 4G and 5G. “If you create the rail, companies will go on the railroad,” he analogizes. Because China has the first-mover advantage with 5G, Paul opines that the United States is presently blocking China’s implementation of 5G in other countries to buy time for the United States to catch up.

5G allows for far speedier data transfer - ten to twenty times faster - than what is available with 4G systems, using equipment that is physically far smaller than what is presently being used in 4G systems. Paul notes, however, that the average consumer might not be willing to pay extra so he or she can download an entire movie within a few seconds, so the ones who would greatly benefit from this would be such organizations as logistics companies and cities, and would be used for such things as managing traffic, as 5G enables processing of a large amount of data, such as that gathered where all kinds of human movement are concerned. Companies and organizations that would be able to make the most of 5G will be port companies, taxi companies and urban planning organizations, just to name a few. Paul also notes that China has put up 50,000 5G stations across that nation, covering 80% of China, creating connectivity with even some of the most rural areas.

One of the sociological aspects involved creating a technological “Apollo Program” is the belief that China has stolen all the technology it presently uses, rather than recognizing that they have innovated a sizeable amount of their presently working technologies. This belief creates the mindset that the United States is a victim and that China must be punished, which also creates an antagonistic atmosphere that hinders innovation. He also points out that pushing the idea that government is all bad will get the United States “nowhere,” because the government has to be involved, in the same way the United States government was involved in the Apollo Program.

Paul notes that several events have made their mark on the mindset of millennials (which is the cohort of the population born from 1980 onwards), some of which are:

These events, and others, have “traumatized” the millennial generation, creating in them the mindset that institutions cannot be trusted and in governments that deny climate change - and it doesn’t help that millennials likely know someone who is addicted to opioids or who has been incarcerated. This mindset is the reason that millennials don’t like to work for Fortune 500 companies, particularly since they are likely to leave the company the moment they see something that isn’t right. 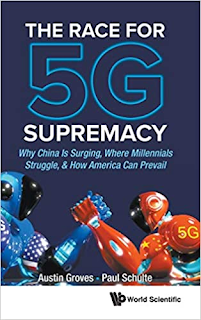 Paul notes that there are several workshops in the book, several of which are two-page workshops, which can be used to enable communication between millennials and their corporate bosses, pointing out that corporate America needs to redo the way they handle millennials. He also points out that the MBA program methodology, as well as the present HR function in companies is 50 years old and “anachronistic,” that the general teaching pedagogy needs to be aligned with millennials’ needs and that the issues around drug addiction needs to be addressed, to name a few things. One example of a workshop in the book is how to interview millennials, and that pay scales need to be re-evaluated, particularly since millennials have a better grasp of technology than any boss that they might have in the company.

Paul remarks that, if someone who is presently working in a company thinks that the way a company is doing things is “stupid,” that person should get around five other people, leave the company and set up their own company, using their better system, and “make a lot of money,” as companies aren’t going to change on their own. Paul remarks that this is a reality, adding that he has worked with banks who have paid lip service to changing their systems for decades and which have, de facto, not changed.

The Race for 5G Supremacy: Why China Is Surging, Where Millennials Struggle, & How America Can Prevail by Austin Groves & Paul Schulte

Posted by alvinwriters at 11:50 PM