National Geographic Editor-in-Chief Susan Goldberg on Breaking the News: What's Real, What's Not, and Why the Difference Matters

In this interview, Susan Goldberg talks to Alexander “The Engineer” Lim, host of AuthorStory by alvinwriter.com, about the National Geographic Children's book, Breaking The News: What’s Real, What’s Not, and Why the Difference Matters.


“We tell stories every day that can help make the world a better place.” ~Susan Goldberg 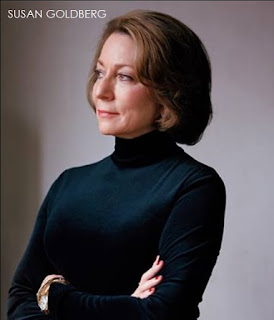 When she wrote an essay on journalism in the 8th grade, all Susan wanted to be was a great reporter. She is very thankful for all the opportunities she had in the past forty years, remarking that she came on “the scene of societal change,” as she received opportunities that women before her didn’t get.

“Journalists are the eyes and the ears of the public,” Susan says about what journalists are, writing out stories on subjects and places that the general public has no access to. “I think it’s one of the most important functions of our democracy,” she adds, as this enables people to become informed consumers. Where stories are concerned, Susan notes that the best reporters have “a million and one ideas,” and that reporters work with editors to prioritize what stories are more important.

Where her experiences as a female journalist are concerned, Susan notes that journalism was very much a man’s world when she started in the 1980s. “I didn’t see very many female editors,” she notes about the journalistic environment at that time. She remarks that journalism is still very much male dominated and that, despite “great strides” being made in the end of the 20th century, the momentum for female advancement in journalism has stalled out at the moment. Where leadership is concerned, she hopes that her style is collaborative, and she works to give “a hand up” to the next generation of journalists, coaching them and speaking with them on how to advance in their profession. She also adds that it is a journalist’s role to “shine a light in dark places” to bring forth that which otherwise would remain hidden, and that this is one of the things that makes her proud to be a journalist.

The term “fake news,” Susan points out, is a term used by the present and 45th President of the United States for news items that he doesn’t agree with. What is presently included under the blanket term of “fake news,” Susan notes, was called, in previous years, consisted of such things as hoaxes, conspiracy theories and propaganda - stories that appear factual, but which can be outright lies. She remarks that, in the past, news came from a limited number of channels, so people knew where the stories came from.

At present, people are bombarded with information 24/7, thanks to social media and the Internet, and the sources are legion. Thanks to social media, information can be quickly spread, “almost like a game of ‘Telephone,’” though the story spread might not be a real one. Susan notes that people nowadays need to pause and make sure that they pass along real stories, rather than fake ones.

People “need to be curious and be skeptical consumers,” Susan remarks, adding the journalistic truism: “If your mother says she loves you, check it out,” adding that this truism underscores the need for people to be sure where information is coming from and if that information is real. She also notes that a third of young people admit that they have passed on stories that turned out not to be true, noting that bad information not only misleads but can also do harm. Susan also notes that half of the information that young people receive nowadays comes from social media and the Internet, which makes their being smart and skeptical consumers vital, where discerning the difference between real and false information is concerned.

Author Robin Terry Brown had been writing books for kids for over twenty years. She is likewise a journalist who had assembled a panel of journalists from various news organizations, as well as journalism professors, to talk about the history of news and journalism, the kind of stories that people read, and how to evaluate whether a story is real or false (which includes such things as how to tell if pictures are doctored).

Susan notes that some of the stories printed by National Geographic can take years to finish, and that, while these stories can be as long as books, the process of investigating and writing a story in that magazine is different from the process of writing a book. What is important, Susan emphasizes, is the discipline necessary to present truthful and accurate information which has been ethically gathered.

“I don’t think any one of us want to believe things that aren’t true,” Susan remarks, adding that it is hard for one to behave if one doesn’t know the basic facts. Lies, she also adds, can spread far more quickly than truth and the facts can, particularly in the Internet age. She also notes that it is just as easy to figure out what is real and what is not, as checking on stories is likewise just as quick on the Internet. One good way of checking on whether big and outrageous stories are real or not is to check if other people are covering said story, she explains, as a lot of people, particularly in the established media outlets, will be covering the same story. 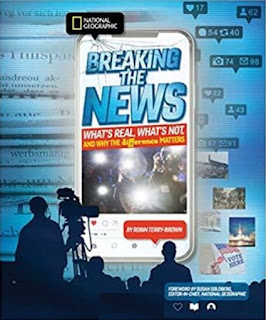 Breaking The News is a fun and easy read, Susan remarks, be the reader an adolescent or an adult. The journalist’s code of ethics is included in the book, and this includes making sure that one is meeting with an expert on the field, and being transparent with one’s mistakes whenever these occur. There are several examples of falsified information in the book, and one of the best ways to determine if the information is false is if a headline that one reads makes one emotional, so that one doesn’t go into the story itself to see if the story is real or not. The book includes a “Truth Toolkit,” and one of these tools, Susan shares, is for determining if the story feels like it belongs “on a supermarket tabloid,” (all caps, lots of exclamation points, includes aliens, etc.), while another aims to determine if the story is full of typos (spelling mistakes, grammatical errors, sloppy and messy, bad punctuation), as no legitimate news site puts out news in that condition. Yet another is if the website that the news comes from is a website of a legitimate news organization.

Susan admits that the book makes her proud to be a journalist, as it explains what journalists can do and the impact of what good journalism can do. It is a very excellent material for those who are studying journalism and for those who dream of becoming one in the future.

Posted by alvinwriters at 7:49 PM