Susie George on Sustainability, Sustainable Business, and Sustainable Living | Branching Together & Chew on That


In this interview, Susie George talks to Alexander “The Engineer” Lim, host of AuthorStory by alvinwriter.com, about her YouTube channel, Chew on That and Branching Together, her online project to reconnect to one another and the earth.

“Remembering that everything is connected is key to living a sustainable lifestyle.” ~Susie George 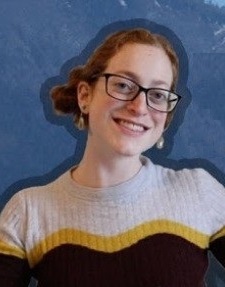 Chew on That is a channel that Susie started as a capstone project for her Master’s degree in Sustainable Business, and for that project she highlighted restaurants which were undertaking sustainable practices. Susie points out that sustainability isn’t seen as “relevant” for most people, and she hopes her channel will challenge the viewpoint that sustainability is accessible rather than far-fetched, and to highlight that sustainability and, thus, care for the environment, can be integrated into one’s life as a logical practice. Her degree is actually called a “Sustainable MBA,” which is a standard MBA which focuses on integrating sustainability and environmental awareness into business practices while still maintaining business value. The “triple bottom line” that sustainable businesses aim to strive for are, according to her, “people, planet and profit,” which is different from the standard view of profit coming first and the impact of the planet comes last. A sustainable business, Susie remarks, should be as potentially long-lasting as present-day businesses running on the conventional, profit-based model. Apart from her YouTube channel, Susie also has a website called Branching Together, whose mission is to empower people through education, inspiration, and products to become stewards of the earth and of each other.

Ever since she was young, Susie has practiced sustainability, such as when her mother practiced curbside recycling, so much so that she was amazed when she saw her friends tossing recyclables in the trash. She also spent a lot of time outdoors, connecting with Nature, and this, she admits, grew her “protective” nature where the environment is concerned. “Waste is a big concern, and always has been,” she remarks, and the linkage between this, human actions and what we see in the world around is one of the things that interests her. “The research is already there, “Susie notes; “the disconnect is with our actions.” 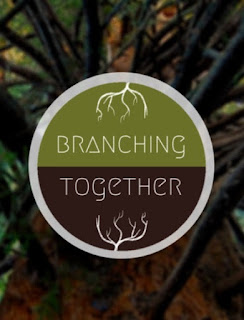 Susie points out that the actions of large corporations and agricultural systems have severely impacted the world’s climate, and if changes can be done on a large scale, then an improvement in the world’s climate will be noticeable. There are many ways in which people live unsustainably, and one of these is single-use packaging, be it chip bags to laundry soap packaging, which are tossed out after these are used. Individually, such waste isn’t much, but cumulatively such will have an impact. Using such, however, is “indicative of a mindset of putting convenience first,” she notes, and long-term solutions need to be implemented with the environment first and convenience second. “This concept, in our human history, is relatively new,” Susie points out, and this will need to change, along with other unsustainable practices. Bringing one’s own containers to a bulk store would be the best solution for single-use containers, Susie notes; and she likewise notes that society is already starting to lean away from single-use containers as well as find other solutions which have yet to be created. As another example, Susie gives the practice of making one’s own snacks and storing it for later use; and for this practice to become widespread, a “cultural shift” is necessary, given today’s presently busy workplace practices.

Sustainability, according to Susie, is a holistic mindset about existing long-term on and with the Earth and its systems, at its heart, noting that the term has taken on a different meaning in the environmental sphere. “Business that adopt environmentally sustainable practices are going to be able to exist long-term,” she notes, “because that’s where the priority is.” Susie notes that the impact of changes to creating sustainability will not be felt by the present generation but by future ones, which means that a lot of investment must be made over time. 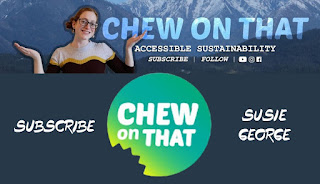 “Individual action is extremely important,” Susie notes, “but climate change is seen on a larger scale than individual.” That said, those individuals who adopt sustainable practices will eventually ripple out to leadership, as well as to companies and politics, which is why the focus on individual action is important. Susie gives the example of mass meat production being unsustainable, as farming animals in tight quarters releases vast amounts of the greenhouse gas methane, which contributes to the changing climate. Reducing meat consumption, or a consumer purchasing meat from a small farm, which is likely to have more sustainable practices than large farms, is a way to create sustainability. “People are really embracing individual responsibility,” Susie remarks, noting that the shift is taking place.

On the topic of sustainability in skin care, Susie points out that people can create their own products made of natural, organic ingredients, and that these are actually better for one’s body. Where effects are concerned, the results aren’t instant, but are longer-lasting and healthier, as one creates a relationship with one’s skin, as well as reducing the consumption of single-use packaging.

To those who would want to start off on a journey into sustainable practices, Susie recommends that people read up even an article from an environmental professional or a documentary about the environment or nature and human interaction with it. This is due to the need to create the kind of mindset from which sustainable practices spring. “Connection is the bottom line of sustainability,” she adds. 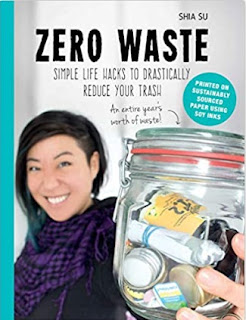