In this interview, Ellery Akers talks to Alexander “The Engineer” Lim, host of AuthorStory by alvinwriter.com, about his/her book, Swerve: Poems on Environmentalism, Feminism, and Resistance.

“If you love Nature, it’s really important to try to protect it.” ~Ellery Akers 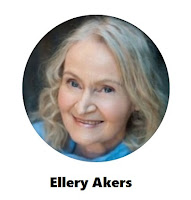 Ellery was exposed to poetry early, as her mother would do so while working around the house, which made poetry a normal part of her life. She loves being in nature, and Nature has been her inspiration for all of her artistic endeavors. That said, she doesn’t hesitate about writing about such serious matters as child abuse, believing that Nature is the greatest healer; as she quotes, “Earth has no sorrow that Earth cannot heal.” She thus doesn’t shy from topics that people might not want to talk about, saying that Swerve is also about climate change, as she believes that talking about such things is the only way for people to make a difference.

Ellery spent twenty years camping while the weather was good, and it was while she was doing so that she wrote out her books and felt a sense of connection with Nature as a whole. She remarks that Nature is the original teacher of meditation, and remarks that studies have proven that those who are in touch with nature experience less stress. Ellery also remarks that getting in touch with nature also helps with such conditions as diabetes and ADHD, and that doctors are now issuing prescriptions for people to spend time in nature, adding that, in Japan, “forest bathing” is a system of medicine where those who participate in it have better immune systems.

Ellery chose “Swerve” as the title of her book in recognition of our presently being in a “swerve” part of our history, albeit one which is catastrophic. (NB: This interview was conducted at the height of the coronavirus pandemic of 2020.) She notes that there have been positive swerves in the past, such as the downfall of the Berlin wall, the deconstruction of apartheid. Ellery counts as one of her heroes the conservationist, Rachel Carson, whose work helped establish the importance of natural ecology.

Ellery admits she’s and “environmentalist, a feminist and an activist,” and she wrote about these themes as a way to recover feminine values, which recognize interdependence and cooperation, rather than the masculine values of competition and win-lose. She notes that such outstanding women as Wangari Malaathai (who created a movement which planted 51 million trees in Kenya) and Barbara McClintock (a scientist who discovered the secret of the corn genes, which all worked together rather than being controlled by a “top gene,” which was the masculine-oriented context of the day) are mentioned in her book, women who have made a positive difference in the world. She also remarks that, at the end of the day, action is what makes a difference. Her outlook on the need for a feminine outlook to be included in the mainstream came from her admiration from women who have made a difference, and this comes to bear on the present urgency to turn around the negative trend of climate change.

Ellery presented two of her poems, and she then remarked that poetry isn’t particularly mainstream. That said, she remarks that “poetry is the soul of the culture,” as it’s short and cuts to the core. She remarks that her process for poetry is the same as when she is creating a painting. When her subject is a tree, for example, she desires to know what it is like to be a tree “from the inside,” which means that she will spend hours with the tree, trying to connect with it. Doing so, Ellery admits, requires humility, as she wants to learn from the subject how to write about it or how to paint it. Such a process does take time, she admits, but it is worth it, as she wants to be a “voice for Nature.” 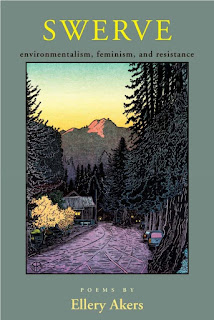 “I think that poetry can inspire people,” Ellery remarks, adding that poetry can inspire people to create change. She notes that people can feel overwhelmed about what to do to change the way things are going, and follows up with a quote from the Dalai Lama: “If you think you’re too small to make a difference, try sleeping with a mosquito.” To those who want to make a difference, Ellery remarks that sending an e-mail or postcard to their representative, saying that they care about climate change and reforestation, to make a difference. “This is a dark time for the Earth,” Ellery notes, “but we have come through dark times before and come out victorious,” after which she gave the example of Rachel Carson, who worked against the large, polluting corporations of the day.

Ellery’s vision of the world is that of reforesting the world to buy humanity time to reverse climate change, as well as transforming cities to use sustainable energy. She would also like feminine values to become more front-and-center, and while she believes that such a future is possible, we should move now to achieve this. “We are not powerless,” she points out, adding that there is hope and that only 3.5% of the population is needed to effect a reversal of climate change.

Purchase from Amazon: Swerve: Poems on Environmentalism, Feminism, and Resistance by Ellery Akers

Posted by alvinwriters at 11:21 PM