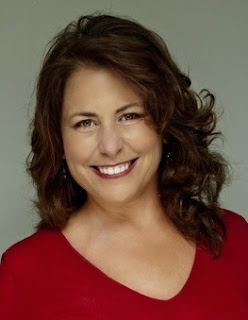 Michelle is a marriage and family therapist who specializes in human development and family relations, as she was interested in how families influence emotional and psychological development. The book discusses the breakdown of character in families, culture and politics as well as how to turn this breakdown around, which Michelle notes will likely take generations. She had initially thought about writing the book during the George W. Bush campaign run against John Kerry, in 2004, when “family values” rhetoric was used to make families fearful about where America’s culture and country were heading, rhetoric which Michelle found to be misleading. She didn’t write it then, but when the US presidential campaign of 2016 rolled around, Michelle realized that a conversation about culture and morality was still relevant, hence her eventually writing the book.

Michelle’s viewpoint comes from decades of working with families for nearly three decades, where she saw that the image a family projected had no correlation with how healthy the relationships were amongst its members and how sound the environment was for raising children. She had interacted with troubled teenagers who came from families which projected an image of traditional stability, teenagers who were, by their actions, essentially screaming for help, and when the family was brought together Michelle realized that the problems weren’t with the children alone but ran through the family. This made her realize that there was a lot of focus on how a family was supposed to look, and this made her inquire into the function of the family, which included the quality of the interpersonal relationships within it.

Michelle notes that “family values” is associated with a family comprised of a mother, a father and the children, with the father in charge, where children obey and everything is black and white - the so-called “Biblical” type of family which, Michelle notes, wasn’t the norm even during Biblical times. She remarks that patriarchal values have fallen “by the wayside” over the past decades, with some positive results being women being able to own their own credit cards and to live their lives the way they choose, spousal abuse being recognized as a concern and divorce becoming acceptable.

Michelle remarks that the “traditional” family is no longer the norm, and the values that should be adhered to in a family should be reassessed, with the objective of raising children who are self-sufficient, solid in who they are, of good character and capable of becoming good citizens. In this vein, Michelle remarks that, rather than raise “obedient” children, families should raise children who have are cooperative and who have a solid enough sense of themselves and their own internal moral compass to stand up to what they see as not being right, as “obedient” children do what they’re told to stay out of trouble. She notes that children fundamentally desire love, acknowledgement and appreciation from their parents, and gives an example of an authoritative parent being able to set the rules and consequences without needing to whip out a belt to enforce obedience, rather than being a parent who attempts to become the child’s friend as a way to compensate for any real or imagined wrongs the parent might have committed against the child.

Michelle remarks that the present situation in politics doesn’t just stem from Donald Trump, whose behavior on the campaign trail she found “shocking.” She opined that politics has been lacking in moral character for a long time and that money and backdoor agreements have essentially undermined morality in that realm. Michelle notes that politicians should be examples of morality, making decisions that are in the best interest of their people and their country, but this falls by the wayside because of the need to get reelected. She points out that, in order to self-govern (which is the essence of a democracy), people need a sense of doing right by others, which is called “virtue,” which is something that Michelle believes has been lost. 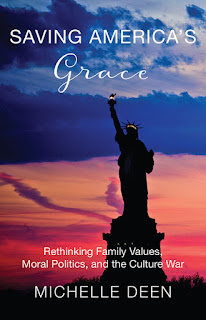 The phrase “Culture War” began as rhetoric in the mid-1980s, which came from the Republican Party and the religious right and which was an attempt to “straighten out” American culture by legislating Biblical principles to keep everyone and everything in place. Michelle notes that America is a democracy, rather than a theocracy, and such wouldn’t work. In response to “cultural war,” Michelle states that a “cultural evolution” is needed, so that people can evolve spiritually, by focusing on religion as tool intended to enable a person to become a better human being.

Michelle notes that a lot of cultural norms are abnormal but are so widespread they seem normal, and gives the example that most Americans are presently more interested in the brand of bag owned by well-known social media celebrities than they are with the people who are killed in the wars that the United States fights. She notes that people have lost track about what’s right and what’s not.

Posted by alvinwriters at 4:25 AM