Jennifer Reich talks to Alexander “The Engineer” Lim, host of AuthorStory by alvinwriter.com about her latest book, Calling the Shots: Why Parents Reject Vaccines.

“In the end, parents see themselves as primarily responsible for their own children.” ~Jennifer Reich 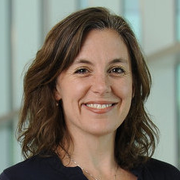 Jennifer is a sociologist by training whose research, for the past twenty years, centers on how parents care for their families under the initial assumption that all parents do what they believe is right for their children. Her book, Calling the Shots was ten years in the making and focuses on the question of parents who refuse to have their children vaccinated over concerns over vaccine safety. Jennifer has spoken to parents on the decisions they make, to pediatricians about the care they provide, lawyers representing families who may have been harmed by vaccines and vaccine researchers, just to name a few, to get as many viewpoints as she could on the question of vaccinating children.

Jennifer’s first book was an exploration of the child welfare system, wherein she researched on legal issues about parenting, and it was while she was mulling over which topic to focus on that George W. Bush announced vaccinating people against smallpox as a counterterrorism measure. At the same time, there was an uprise in the issue of parents not wanting their children vaccinated, and Jennifer then latched onto these issues. She feels that the book is part of a conversation about the subject, one that opens up a dialogue by avoiding the polarizing tone that previous books on the subject have taken by being respectful of the various viewpoints around the issue.

Jennifer notes that vaccination allows parents to think about the legal aspects of parenting, as in the United States vaccination has been enforced through the school system since the 1960s, as the belief is that putting together several children in a schoolhouse increases the risk of infection, and vaccination is necessary for parents to access educational resources. That said, states allow for parents to opt out of vaccination for particular reasons, such as religious beliefs, and it is the latter that a lot of parents resort to in order to keep their children from being vaccinated.

Vaccination was around even before Edward Jenner conducted his ground breaking vaccination work, but the method back then was to use living smallpox viruses in an attempt to avoid smallpox infection, which sometimes caused the person so vaccinated to be hit by the disease itself. Edward Jenner, however, was the first person to use a non-infectious agent (the cowpox virus) to vaccinate against smallpox, and even then, the conversation around the pros and cons of vaccination was present. Jennifer points out that a threshold percentage of the population - eighty to ninety percent - need to be immunized to keep an infectious disease at bay, and that not everyone can be vaccinated, due to such reasons as personal physiology. 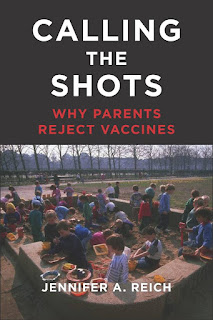 The issue of whether or not to vaccinate thus stems from a larger issue about parenting, and Jennifer points out that public health isn’t personalized to individuals, whereas concerns about health vary from individual to individual, which is why some parents regard the public health system may not apply to their individual children. She also points out that, while the short-term concerns about possible adverse effects from vaccines have been debunked and that longer-term adverse effects are hard to relate, given the length of time between the time of vaccination and when these supposed effects do show up, Jennifer believes that better information should be given to parents to enable them to get a clearer picture of how useful vaccinations are, particularly since the issue is a contentious one amongst families, with the older generation, who lived through polio, finding it difficult to believe that the younger generation of parents don’t want their children vaccinated.

Jennifer believes that the conversation about vaccination now needs to be done in a context of lack of blame and disbelief and contentiousness, and also believes that parents who do have concerns should ask questions to clarify their issues.

Jennifer Reich’s website for her book, Calling the Shots: Why Parents Reject Vaccines, is amazon.com.

Purchase from Amazon: Calling the Shots: Why Parents Reject Vaccines by Jennifer Reich

Posted by alvinwriters at 9:44 PM