Anindita Siswanto Thayf talks to Alexander “The Engineer” Lim, host of AuthorStory by alvinwriter.com about her novel, Daughters of Papua.

“I believe that those who want to change can transform themselves, and this includes the people of Papua.” ~Anindita Siswanto Thayf 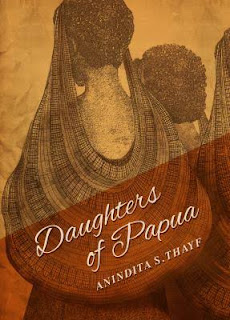 Anindita was raised in a multi-ethnic family, as her mother was from Sulawesi and her father was from Java, in a nation where there are over three hundred different ethnic groups. She loved to listen to the stories her mother read to her as a child, as these exposed her to worlds that she wasn’t aware of, and also read stories as a child. She began writing short stories in junior high school and then became an online writer before getting a full-time job as a writer.

Anindita’s interest in Papua began when she read two articles, one of which described the beauty of Papua and the other describing the negative impact of a mining company in that place. The two faces of Papua fascinated her, and she then felt that she needed to bring the story, and the issues within, out into the world, issues such as domestic violence, environmental pollution, alcoholism and other issues related to the impact of capitalism and modernization on a previously non-capitalistic society. She then did research on the situation and got in touch with several native Papuans to get the information she needed, and it was from this that she was able to write her book.

For Anindita, writing the book from the viewpoint of one of the main, narrative characters, a seven-year-old girl named Lexie, was the most enjoyable part to write, while writing from the viewpoint of the other two main, narrative characters - a dog and a pig - was more difficult, as she wanted to balance their natural behavior within the story. Writing the book made Anindita realize that progress has its dark side, and she admits that, even though she isn’t a Papuan, she is particularly affected by the issue of domestic violence as a woman. 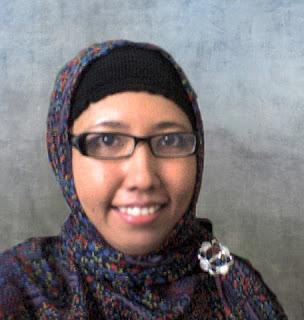 Having her book published and translated was “a dream come true,” for Anindita, and as an author, wants her book to be as widely read as possible. She hopes that her book will help raise awareness about humanity and dignity, particularly for women. She is interested in history and philosophy, and is presently writing a book on the latter.

Anindita loves writing, and she admitted that she would feel uncomfortable if she didn’t have anything to read. She hopes to set up a small bookstore or book cafe, where anyone can come in and read.

Anindita Siswanto Thayf’s website for her book, Daughters of Papua, is dalangpublishing.com.

Purchase the paperback on Amazon: Daughters of Papua by Anindita Siswanto Thayf
Posted by alvinwriters at 7:35 PM