Dr. Ronald Feinman on Threats to the American Presidency from Andrew Jackson to Barack Obama

Dr. Ronald L.Feinman talks to Alexander “The Engineer” Lim, host of AuthorStory by alvinwriter.com about his book, Assassinations, Threats, and the American Presidency: From Andrew Jackson to Barack Obama. 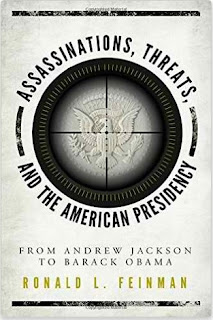 As a young boy, Dr. Feinman was so interested in baseball that the kids in his neighborhood regarded him as an expert in baseball history. At the age of ten, however, his father gave him a copy of The American Past by Roger Butterfield, and while he still maintained his interest in baseball - it’s one of his favorite pastimes to this day - the book turned him into an avid fan of American history in particular. He selected the assassination of President Lincoln for his college thesis, completing it a year before the assassination of President Kennedy, and since then had built an academic career on American history.

Dr. Feinman had spent the past ten years giving talks on the topic of assassinations, and two years ago he was approached by the publishing company, Rowman Littlefield and Company, to write a book on this topic. Dr. Feinman leaped at the opportunity - after all, as he remarked, he wouldn’t need to spend the time and effort to try to sell his book to a publishing company, which is what most authors do, as it was a publisher who had approached him - and then spent two years doing research for the book, investigating not only presidents but also presidential candidates, such as George Wallace, Robert Kennedy and Huey Long. Thus, in addition to the assassinations of Presidents Lincoln, Garfield, McKinley and John F. Kennedy, the assassinations of Huey Long and Robert F. Kennedy are also investigated in the book, as are various other attempts and threats made. Also included in the book are some speculative “what ifs” regarding the course of history had particular assassinations taken place or not taken place.

Dr. Feinman opines that most of the people who undertake assassination attempts on the President are mentally ill, with intent to get noticed and be remembered throughout history for the notoriety associated with such an action, but also notes that politics also plays a part, which is the case with such assassins or would-be assassins as John Wilkes Booth, who supported the Southern cause, and Leon Czolgosz, who was an anarchist who not only killed President McKinley but who also wanted to kill other prominent leaders such as the King of England and the Pope.

Dr. Feinman emphathicaly stated that the assassination of President Lincoln had had the greatest impact on the history of the United States, as his successor, Andrew Johnson, was “a true disaster,” and he noted that, Lyndon Johnson, the successor to President Kennedy, performed extremely well in his domestic policies, despite the fact that his foreign policies dragged the United States deeper into the quagmire of Vietnam, hence the Kennedy assassination, despite its immediacy to the American public, didn’t have that great an impact compared to the Lincoln assassination. Dr. Feinman also noted that, had the plan in which Booth was part of succeeded, Andrew Johnson would likewise have been killed, along with other leaders, to ensure the success of the conspirators’ agenda.

With regard to presidential protection, Dr. Feinman points to the assassination of President McKinley - the third in a 36-year period - as being the pivotal event that made the Secret Service the primary organization to protect the President. (The Secret Service had been organized specifically to track down currency counterfeiters, and focused entirely on this until given the responsibility of protecting the President.) Dr. Feinman highlighted the degree of protection the Presidents had, prior to the responsibility of their protection being given to the Secret Service, when he remarked that, during the presidency of James Garfield, there were only two policemen regularly stationed at the White House, and their duties consisted primarily of telling people to stay off the lawn.

Where the Secret Service is concerned, they presently not only protect the President and his family but also the Vice President and his family as well as all presidential candidates and their families from 120 days before the election, or from those presidential candidates, such as Barack Obama, who request such protection before that time period, due to the number of threats made against them.

Dr. Feinman notes that the rules of succession have changed over time, with the present rules of succession being extant since 1947, and with previous rules of succession naming such people as the head of the Senate and the Secretary of State as possible successors. Dr. Feinman opines that a Cabinet member might be a better possible successor than the present one being the Speaker of the House, as the latter is most likely from the opposing party and might not continue the President’s agenda, whereas a Cabinet member, such as the Secretary of State, would be more likely to do so. He also opined that, had President Theodore Roosevelt been killed, John Hay, who had been the personal secretary of President Lincoln as a young man, who was Secretary of State at the time of Theodore Roosevelt’s presidency and who, under the laws of succession at that time, could have become the next President, could have been an effective President. He also pointed out General George Marshall, Walter Mondale, Joe Biden and Al Gore as being possible presidential successors who could do, or would have done, the job well.

While he brought all his years of academic discipline to bear, Dr. Feinman designed the book to be read by the general public, and he hopes that, where the writing process was concerned, writing the preface and about the Lincoln assassination were the easiest aspects, while getting information on all the threats aimed at the present President was, not surprisingly, the most difficult aspect. Dr. Feinman notes that President Obama has had the most number of threats aimed against him since President Lincoln, and that there are probably more threats made against President Obama than the twenty cases he is aware of. 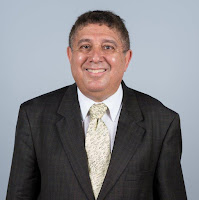 Dr. Feinman hopes the book will make people appreciate the presidents who weren’t hurt and more aware of the need for better protection for the President, and opines that the Secret Service has done a good job, overall, at that protection.

On the lighter side, Dr. Feinman admits that he doesn’t like to exercise and instead likes to read and listen to music, and would like to travel around in the future.

Dr. Feinman’s websites for his book, Assassinations, Threats, and the American Presidency: from Andrew Jackson to Barack Obama, are theprogressiveprofessor.com, assassinationsbook on Facebook, and @polithist on Twitter.

Purchase on Amazon: Assassinations, Threats, and the American Presidency: from Andrew Jackson to Barack Obama
Posted by alvinwriters at 6:39 AM