Nicole Pouchet talks to Alexander “The Engineer” Lim, host of AuthorStory by alvinwriter.com about her book, Annie’s Defiance.

“I find it very intriguing that the Incas have such a feminine quality to their belief system.” ~Nicole Pouchet 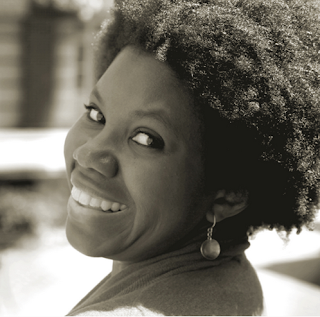 Annie’s Defiance is the third book in the Elemental Myths series, the entirety of which deals with the unfolding of an Incan prophecy, and the book’s central character, Annie, is a lawyer who works to control the supernatural powers she stumbled into and gets involved with two men to boot. This series is entirely different from the other book series she writes for, the Beyond Fairytales series, in terms of mythology - Beyond Fairytales are essentially re-tellings of Grimm Brothers fairytales, while Elemental Myths is based on Incan mythology - and in terms of creative control, as the stories in Beyond Fairytales are assigned to her, while Elemental Myths springs purely from Nicole’s imagination.

Elemental Myths is a series of stories - Nicole mentions six books in the series, of which at least four will be the main novels - that are based on a fictional Incan prophecy created by Nicole, and revolves around powers given to the female protagonists by the Incan earth mother - powers based on the four elements, and how these protagonists work to control and eventually unite their powers to save the world. Nicole noted that she did “quite a bit” of research to get the mythology and the historical facts as accurate as she could. Nicole first got interested in Mesoamerican cultures in the early 2000s, with the then-popular interest was about the world supposedly ending in 2012 based on the Mayan calendar, and it was when Incan culture caught her interest. What fascinates her is the presence of female deities, goddesses, which create a balance with the male deities, as they are just as important as their male counterparts are. With regard to Incan culture and history, Nicole finds their demise to be a fascinating tale. 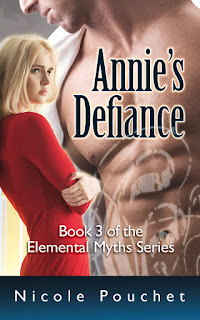 Nicole started her career writing memoirs, and the biggest shift for her, when she turned to writing novels, was that writing romance novels made her feel more fulfilled as a writer. She noted that, when she wrote memoirs, she had to get all the facts straight while still needing to write out a coherent story, while with novels, she had more freedom to create the story she wanted. She also notes that, when she writes the books in the Elemental Myths series, she can lose herself entirely in the stories themselves. When it comes to maintaining the consistencies in character and story, Nicole relies on outlines and an analysis of each character along with notes on what was already written about the characters. Nicole also notes that sex is a way in which the male and female lead characters bond, and the adventure revolves around the characters’ making sure that things turn out okay.

Although Nicole hasn’t yet traveled to the lands the Incas once called their own, she is planning a trip for 2016. She also plans to travel to Australia at some time in the future, as she has recently become interested in Australian aboriginal culture and their oral history and hopes to write some books on these in the future.

Posted by alvinwriters at 9:08 PM