Ken Dunn talks to Alexander “The Engineer” Lim of AuthorStory by alvinwriter.com about his book, Learn How to Write a Book in 2 Hours and the launch of Reader’s Legacy, his new social media platform for authors and publishers. Ken Dunn started out as an investigative police officer, which included interrogating suspects in such crimes as murder, child abuse and drug abuse. It was when he learned of the impending birth of his child in 2000 that Ken decided he didn’t want to raise his children around the negativity related to police work and so decided to leave the police force.

Ken admits that he wasn’t a book reader at that particular time, and he was “lost” for awhile. He was told, “Read a book, dummy!” and he was given a copy of Og Mandino’s The Greatest Salesman in the World, and it was after reading that book that Ken got the inspiration that the skills he had learned as an investigator were the same ones that top salespeople used. He then set up a mortgage company, which was so successful that, within three years’ time, he left his job as a police investigator and embarked on his present path as a salesman and entrepreneur, which has resulted, in the past fifteen years, in his establishing four different companies in four different industries.


From being a non-reader, Ken had since read over a thousand books (mostly business) and this collection in his will. He’d written three books prior to writing Learn How to Write a Book in 2 Hours, and it was his experience with the publishing industry for eight years that inspired him to author it. He mentioned that a lot of publishers were more after getting a book published than anything else and he wanted to “set the record straight” so that new authors would know what they were getting into. This resulted in an inspired book which encompasses Ken’s learning experiences and best practices.

Reader’s Legacy is a dream of Ken that’s brewed for four years and now launched as a website community into which Ken has invested a million dollars and whose infrastructure was created by nine highly experienced programmers and architects who came from IT companies with advisers instrumental in building the social media platform industry. Reader’s Legacy is not like Wattpad. He was inspired to create this in 2011, while he was setting up two different companies, and after one of his friends joked that Ken had never read an e-book (Ken prefers hard copies), despite the fact that he owned a publishing company that sells e-books and despite the fact that e-books now make up a large percentage of book sales). It was at this time when Ken read an article which mentioned that, in August 2011, e-book sales exceeded sales of traditional hard-copy books, and Ken then realized the experiences he has had when reading books in his library. He then realized that there were others who felt the same way about their book collections and was then inspired to create a website where he could recreate the same kind of experience, in a virtual/social media environment, he has had with hard copy books and with e-books, which he estimated would make up most book sales within ten to fifteen years’ time - an experience where people could create their own library of e-books and comment on these, as well as gain the opportunity to buy real books through a virtual currency called “litcoin.” 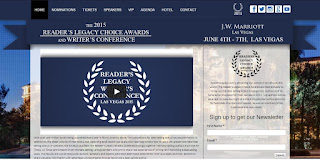 Ken mentioned that people now want an experience, and he commented that the companies who have partnered up with Reader’s Legacy had likewise realized that things have changed for good, and that Readers Legacy wasn’t just a mere store but offered the kind of experience that people look for - an experience that is far different compared to those of existing websites like Goodreads. Moreover, a Reader’s Legacy library will live on even after its original owner has passed on, making that library a legacy on its own. Moreover, Ken has set up a charitable aspect of his company, wherein ten percent of the cash value of litcoins spent within a year will be donated to charitable non-profit causes related to advancing literacy throughout the world. Related to this, Ken will set up an incubator program for authors. Ken’s creation of the annual Reader’s Legacy Choice Awards, will recognize exceptional authors. help new authors learn what experts in the industry know, and to create and market salable books. His reply regarding his creations was, “When you have a vision to do something, it needs to consume you, it needs to take over you.” 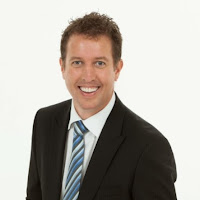 Ken is very interested in salesmanship, starting companies and growing these, and these will be the focus of the next books he will author. He stated that he wants to create an impact in his world and the world out there. “Everything we learn in our lives is a stepping stone. It’s like a pebble in a river… Through our experiences, we fill up that river with pebbles, and the culmination of all of those pebbles is our experience, and we use our experience to make our next days better for our family and ourselves. We honor God in the process and we move through that journey.”

Inspired? Ken Dunn invites you to connect through his websites

Purchase on Amazon: Learn How to Write a Book in 2 Hours
Posted by alvinwriters at 9:53 PM

Email ThisBlogThis!Share to TwitterShare to FacebookShare to Pinterest
Labels: alvinwriter.com, author, author interview, AuthorStory, being a writer, being an author, books, inspiring story, Ken Dunn, Learn How to Write a Book in 2 Hours, Reader's Legacy