Lee Cronbach: His Life and His Music

In this interview, Lee Cronbach talks to Alexander “The Engineer” Lim, host of AuthorStory by alvinwriter.com, about his life and music. 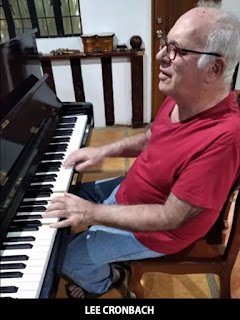 Lee is Jewish and follows the liberal interpretation of the religion. His great-grandparents helped out Jews who wanted to escape to the United States in the 1900s. Later on, his parents got involved with helping the cause of black freedom. Although the family had classical music, they also had records of Duke Ellington:Harlem and Liberian Suite. These records, as well as his older brother, were influences on Lee’s life, as Lee’s older brother had several black friends from playing on school football; and it was from them that Lee got an introduction to black music. He also got familiar with gospel and rhythm and blues music from the radio.
It was when he was in high school that he was introduced to the basics of Judaism by a Jewish fellow student, Dafna Shauber, now a Hebrew Professor at Oxford University. She taught him the Hebrew alphabet, as well as loaning books on Judaism, including stories of very charitable Rabbis who helped people out. Once he was reading about the Rabbis when he heard the “Gospel Train” program on radio, which combination of Judaism and Gospel music gave him a belief in God, and this influenced his music, in that a lot of his compositions are religious in nature.
Lee admits that he was “isolated” from his classmates as a child, and that he only felt connected with others when he followed after his older brother, going to the Apollo Theater in Manhattan to see such artists as Ray Charles. As he went to college in the 1960s, he went to Berkeley and got involved with the hippie people and movements that were taking place at that time.
Lee made up his own kind of music, which got recorded, despite these being “a whole lot of people playing a whole lot of notes at once.” His record, "Luna – Space Swell" – sold only 300 copies over several years, but when the Internet came around, he was surprised to learn that some of his recordings were online. He also attempted to transfer his music from cassette tapes into digital format, but the cassette tape masking crumbled while doing so.
Lee started a group called “The Cosmic Playboys,” whose first drummer, EJ, played drums for R&B artists such as Jackie Wilson. Joe Friedman played guitar, while a suit-wearing Mormon businessman drove down from Reno every week to play the cello. The band also included two teenage flutists with large afros and a Jewish trombonist. The group eventually broke up, and Lee then played organ for "Chambray," a country-psychedelic band which became famous in the San Francisco area, and people started asking for his autograph.
Lee got involved with the drugs scene, but he eventually realized that he wouldn’t live very long if he kept that up, so he cleaned up his act and then went to Boston to study at the Berkelee School of music to get serious. Meanwhile he worked with Frosty Furman’s country-rock band "Pavlov’s Dog"s - Frosty was the one who urged him to come to Boston and study.
Lee is gay, and he thus got jobs for thie band at several gay bars. It was during this time that he and the band members he was with decided to stay off drugs for an entire week. HIs band’s performance improved, so much so that all of the band members became guests of Duke Ellington one evening. Duke disliked rock’n’roll and country music, so Lee who, like his fellow band members, were “redneck hippies,” was surprised when Duke Ellington treated them like his “long-lost grandchildren,” as the Duke realized that they were serious musicians. This resulted in one of the best nights Lee had, as he was able to see, first hand, how jazz organist pioneer Wild Bill Davis played, after which he and his friends had a dinner full of expensive food, as well as met John Coltrane’s drummer, Elvin Jones, and listened to Duke Ellington perform a solo piano song that featured different kinds of music simultaneously. The inspiration of this night led to Pavlov’s Dogs finally getting an agent and getting much better fees.
Lee then spoke about drum circles (which are when groups of people gather around in a circle and where each person plays a drum or some other instrument). The Latin drum circle, according to him, has a fixed set of rules to follow, and the African drum circle is one wherein participants return to their African roots. Lee joined a third kind of drum circle, the free drum circle, which anyone could join and which gained popularity in the 1950s and which, by the 1960s, were “an integral part” of the hippie movement, and which played a part where some hippies stopped some policemen from dragging away and beating up a black kid; the hippies celebrated that feat which the hippies celebrated that very night during a drum circle. Free drum circles started in the United States way back in slavery days as a way for people to break the race barrier, but really exploded in popularity with the growth of the counter-culture.
Lee also learned from some unusual sources. One of these was when Cooperative Artists Institute, a multi-racial teaching and performing commune in Boston, took him one weekend so visit friends who had made a huge aeolian harp, so big that horses could walk into the harps body and listen to the wind along with Lee while his friends jammed on the mountainside below. When he got back to school, his jazz piano teacher remarked that he finally could play swing music - something that the teacher had been trying to teach him for a year. 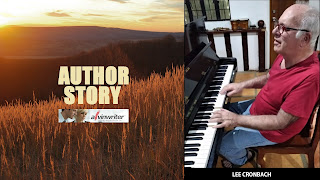 Lee met up with his Filipino spouse in 1987, and during the economic depression of the 2000s relocated to the Philippines, as Lee’s spouse, a doctor, found a job in the latter’s home country. His main complaint about living in the country is that “everything’s karaoke, videoke,” as he expected more people to play instruments. He has played “church music” for 22 years, which he loved, and remarked that one of the pastors he played for, in Seattle, was Danish - something he appreciated, as he noted that the Danes saved 90% of their Jewish population during the Second World War. He was always aware of the anti-Semitic sentiment present in the United States, and once he arrived in the Philippines realized that such sentiment didn’t exist in that country. Lee opined that Filipinos don’t feel guilty about the way Jews were treated because they saved around a thousand Jews prior to the Second World War. He also liked seeing mixed-race Filipino-Israeli children in the only synagogue in the Philippines.
Lee Cronbach’s YouTube Channel
Posted by alvinwriters at 3:42 AM