Jean-Pierre Isbouts: In the Footsteps of Jesus: A Chronicle of His Life and the Origins of Christianity

In this interview, Jean-Pierre Isbouts talks to Alexander “The Engineer” Lim, host of AuthorStory by alvinwriter.com, about his book, In the Footsteps of Jesus: A Chronicle of His Life and the Origins of Christianity. 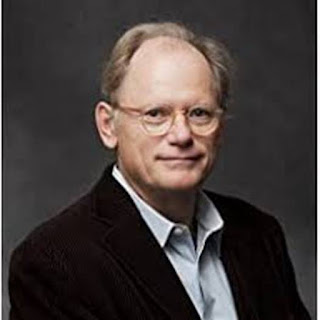 In this interview, Jean-Pierre Isbouts talks to Alexander “The Engineer” Lim, host of AuthorStory by alvinwriter.com, about his/her book, In the Footsteps of Jesus: A Chronicle of His Life and the Origins of Christianity.

Jean-Pierre is a professor in a Ph.D. program and has supervised several dissertations, and has worked with such talents as Leonard Nimoy, Charlton Heston and Morgan Freeman. He is into both filmmaking and scholarly works, as he believes that 21st century scholars shouldn’t focus only on peer-reviewed work, as scholars need to “speak the language” of the 21st century - video, streaming and the like - to “evangelize” their ideas. He thus makes video works on topics which, as a scholar, interest him, and this is advice he gives to his students in the present day. “It’s such a different world,” he remarks when he compares how easy access to information is today compared to when he was in college, “but it also demands more of us. This kind of access also raises the bar for scholarship.”

Jean-Pierre is interested in Biblical archaeology, as he came of age at a time when the Old City of Jerusalem was occupied by the Israelis, which opened up new opportunities for archaeologists to investigate, forensically, what the gospels and Hebrew works talk about. This is because the Bible is a book of faith, rather than a scientific text, and he is interested in the interconnection between science and faith - which has been the driving force behind his interest in Biblical archaeology. (Jean-Pierre is also interested in the Renaissance and 19th century Europe, and has done work on these.)

When he writes about Biblical works and times, Jean-Pierre focuses on writing about history, pointing out that history is something that all religions can agree on. This non-denominational approach, as well as his respect for the traditions of various faiths, has allowed him to be invited into places of worship in different faiths, such as mosques and synagogues alike. This historical-based approach allows for interesting conversations, Jean-Pierre notes, which enlighten and heighten peoples’ faith, pointing out that his research has brought him closer to Jesus in his personal life (Jean-Pierre is a practicing Christian). What he reports are a matter of record, based on available evidence, and this approach, he notes, is something that will deepen one’s understanding of the life and times of Jesus, as well as of the man himself.

The first edition of In the Footsteps of Jesus was a follow-up book to The Biblical World, and in both books Jean-Pierre attempted to put together the political and social environment of the time. The latter book turned out to be an unexpected (to him) bestseller, and he decided to apply that same approach to In the Footsteps of Jesus. A second edition was necessary because of new information that has come out since the first edition.

There is a broad and growing scholarship on the life of the historical Jesus, while Jean-Pierre has focused on the historical framework, and this gives a great deal of insight into the events of the day, as well as on the writing themselves. The evangelists, for example, wrote for an audience in the Roman Empire, both Jews and Gentiles, rather than for Palestinians; and the Jews and Gentiles had their own ideas and expectations about a messianic figure which needed to be spoken to and addressed. This resulted in a gradual change of image of Jesus, from that of a Greek philosopher to the Son of God (which is a common concept of Greco-Roman thought) - images which were not in accord with the tenets of Judaism and the original movement in Palestine. Jean-Paul notes that this viewpoint was the reason the Jews resisted accepting Jesus, particularly since he was seen as a rebel and a revolutionary who was killed like any other common criminal, and the reason why the evangelists focused on Gentiles, who were searching for a new kind of spirituality which was more responsive than the Roman polytheistic religion then practiced. The Jesus movement filled that gap, and it was from there that Christianity emerged.

By the standards of the ancient world - a time without the printing press or mass communications, where information was heavily controlled by the rulers and authorities, who were the only ones who could afford scribes - the expansion of Christianity was “a lightning strike,” growing from a small sect in a small, local area to becoming the official religion of the Roman Empire in three centuries’ time. This was spread primarily through oral tradition, which resulted in 300,000 people professing the Christian faith by the end of the first century (around a hundred years after Jesus began his ministry). Jean-Pierre also noted that, in the 9th century CE, the largest Christian territories were in Asia, which shows the appeal of someone who promised redemption to everyone.

The evangelists, historically, were accomplished scribes who lived in cities throughout the Roman Empire, which is why they aren’t familiar with Judean Galilee, and were likely commissioned by the local Christian community to put the oral traditions to paper. The earliest text is the Gospel of Mark, which is written in commoner Greek (rather than the higher, Attic Greek used for Greek sagas) and which makes him the evangelist closest to the original traditions. Jean-Pierre also notes that the Gospels of Mark, Matthew and Luke, which are written for communities familiar with Jewish customs, whereas the Gospel of John is written for non-Jews, which is why such traditions as Passover needed to be explained. That said, such documents have a universal appeal, even thousands of years later.

Where the historical Jesus is concerned, Jean-Pierre notes that second-hand witness testimony of the man - who was a common, ordinary man - is absent, because scribes only wrote about important people of the day, such as kings and wealthy people, who could afford their own burial marker or gravestone. Jean-Pierre notes that nobody contests the fact that Socrates existed, even though there is no contemporary historical evidence that he ever lived, as such evidence came from later writers as Plato. This is also the case of the historical Jesus, as well as “scores” of people in ancient times, whom we know about only from people who wrote about them well after the fact, well after they had passed on. The earliest written documents available on Jesus, Jean-Pierre notes, were written within twenty-five years after the Easter event, with the first writings of the evangelists taking place a generation later. The later Roman historians Tacitus and Seritonius wrote about the tribe of Christus, which was politically portrayed as a subversive cult, and the Jewish historian Josephus, who was brought up in a Jewish environment who could thus speak with authority on Jesus, confirmed what the Gospels spoke of. That said, such was acceptable as proof of attestation and existence in the ancient times, so this yardstick is the one that must be applied when reading about historical figures who weren’t wealthy or who weren’t rulers. Jean-Pierre also points out that there are more attestations to the historical Jesus than other figures whose past existence we take for granted.

Jean-Pierre estimates that there are around 10,000 different Christian denominations in the United States alone, and around 300,000 different denominations worldwide. This is because, he believes, because of politics, with people co-opting Christianity for their own purposes. That said, Jean-Pierre notes that Jesus wanted to recreate society, in Roman Palestine, along the Three Pillars of the Torah, namely: 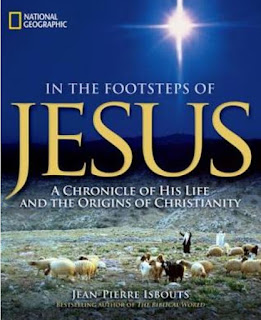 Compassion for your fellow man.

Complete surrender and faith in God.

Jesus likely saw these three pillars fading away during his lifetime, Jean-Pierre notes, because of the conditions that existed in Galilee at the time. There were those who collaborated with the Roman overlords and those who did not, and Galilee itself was a socially unstable area during his time. There had been two peasant revolts, and the Herodians built great projects in Judea, such as the expansion of ports, temples, cities and strongholds, by using the money squeezed from the Galilean peasants. This resulted in the native Galileans being poor, hungry and disenfranchised, with no hope and with children who ran around in tattered clothes; and it was no surprise that Jesus’ teachings thus had a great deal of appeal to such.

For Jean-Pierre, being a Christian is all about doing what Jesus asks his followers to do, and points out that there is nothing in the book that will challenge its readers’ faith.

Purchase from Amazon: In the Footsteps of Jesus: A Chronicle of His Life and the Origins of Christianity by Jean-Pierre Isbouts

Posted by alvinwriters at 4:50 PM