In this interview, Ryan Foland talks to Alexander “The Engineer” Lim, host of AuthorStory by alvinwriter.com, about his book co-authored with Leonard Kim, Ditch the Act: Reveal the Surprising Power of the Real You for Greater Success.


“Successful people are doing what everyone can do, but which not everyone does.” ~Ryan Foland 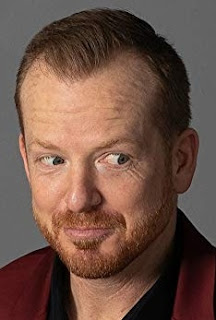 As a child, Ryan was an outsider, not only because of his physical appearance (bleached blond and freckled) but also because he and his family spent summers on trips - and summertime was when elementary-school kids bonded together. “I think we all feel that we wanna belong,” he notes, adding that not being picked for a team, for example, hurts. His father noticed the changes in his behavior, as he was bullied, and this was when he took up karate. That experience made him realize that he was communicating in what was then a nontraditional way of communication, and that how one carried oneself was another way of communicating. This paid off as time went on, with Ryan noting that: “The more I learned how to be trained as a fighter, the less I actually fought.” He also entered athletics - wrestling and hockey - and this helped him become the senior high school class president.

As a sailor, Ryan’s analogy for his life is that he “ran into storms,” noting that, as a sailor, one doesn’t have control over the weather or the wind. Ryan admits that there are things in his past that he hid, as he learned that, to be successful, one needs to hide such things and to focus only on “the good stuff.” This is not possible nowadays, he remarks, adding that his co-author, Leonard Kim, “gained traction” only when the latter began sharing his failures as they happened - the complete opposite of what Ryan was doing. That partnership with Leonard enabled Ryan to understand the importance of opening up with others. This enabled him to own the things in his life that went wrong, and also made him realize how those events shaped who he has become. This, in turn, has enabled people to get to know him better compared to when he was still putting on an act. Doing so, he comments, allows people to see themselves in oneself, which “releases the pressure valve,” as one becomes more relatable to others.

“Narrogance” is when naivete and arrogance combine, and both Ryan and Leonard have experienced this. Narrogance is about the emphasis being on image and how people see one in the world being different from what is actually going on in one’s life, as well as of not asking for help. “That disconnect is something that really eats away at your soul,” Ryan notes, adding that there was a time when he owned a Range Rover with 22” rims and a Mercedes SL500 and wore suits and had all the other accoutrements of success, while he was having a difficult time paying his bills “behind the scenes.” It got to a point where Ryan felt he needed to file for bankruptcy, and needed to ask his parents for money to mail in the bankruptcy papers; and it was when he heard the slamming of the mailbox door, when he dropped his papers in, that it finally hit him that he had failed. His bankruptcy papers were returned, however, because he was short 32 cents, and Ryan saw it as a sign at a second chance, so he ripped up the paperwork and rebuilt his life from there.

Narrogance is all about “keeping up with the Kardashians,” according to Ryan, who points out that people have a perception of themselves as they want to show up in the world, which comes back to wanting to belong to a particular crowd, particularly with a crowd whose members seem to be successful. Ryan remarks that wealth, success and appearance don’t give a clear indication of what happens “behind the scenes,” remarking that there are several apparently successful people have shown themselves up to not be the successes they appeared to be after an overdose, accident or suicide.

On a more personal level, Ryan brought up the subject of people not being honest with their bosses for fear of the latter judging them. He notes that, if a person doesn’t communicate the challenges in their life, such as a relative who needs a lot of care, then that person’s boss can’t help that person out, to the point of the boss thinking that the person isn’t doing their job well. On the other hand, the boss might be able to help out if the person lets the boss know what is going on. This kind of dissonance, Ryan remarks, eventually grows and comes out “in pretty unhealthy ways.”

“Everyone has a personal brand,” Ryan remarks; “they just don’t know it.” One’s personal brand, he adds, isn’t just what one wants to be known for, but the intersection of this as well as what one has been in the past. He notes, as an example, researching on someone on the Internet, and then trying to “connect the dots” with what one has researched with one’s impressions when an actual meeting takes place. What makes a personal brand “exciting” is that one has control over some aspects of it, as well as having no control over other aspects. This, Ryan notes, creates an opportunity for people to get a better idea of who a person really is. He also explained the concept of “brand crumbs,” which are bits of information - such as a blog or a podcast - which sheds a little light on the person concerned as well as allows others to participate in the narrative. Everyone, Ryan adds, has a personal brand; it’s just that most people don’t offer the opportunity for others to participate in that personal brand.

Brands also change over time, with Ryan pointing out that the brand crumbs of kids change as they grow up, as an example. “The mistake people make,” he notes, “is that, when you’re branding your personal brand as an adult, they tend to either neglect or ignore or bury everything that’s happened in the past.” By someone focusing only on that person’s successes, Ryan believes, others cannot relate to such successes, and showing one’s vulnerabilities and struggles help others relate to the success reached. 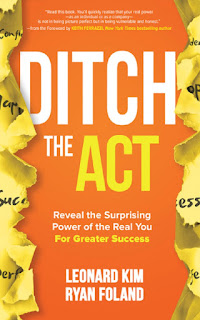 “We all have a B.S. sniffer,” Ryan remarks, and this is why authenticity is important, as people aren’t willing to connect with an inauthentic person. A person’s values, for example, can resonate with others, which means that a connection has been formed. Being human is a possible way to get ahead in the world today, with Ryan then giving the example of an employer doing an Internet search on a potential employee. Chances are, he wouldn’t find anything related to the person’s back story, and if he did, he would only find the successes posted. Biographies and resumes tend to be highlight reels, and these don’t offer an opportunity for connection, so Ryan believes that letting others know one’s back story is an excellent opportunity to connect and build rapport, as well as to get to know a person as a person, rather than just a figure. Fear is the reason why people “default” to a safe route, Ryan admits, that notes that the power created by connection outweighs the fear that is present. Ryan notes, however, that allowing other people to see one’s humanity allows those other people to see you as another human being, and thus more relatable.

Being transparent and showing one’s vulnerabilities is commonly seen as a weakness, but Ryan points out that doing so is actually a sign of courage. This offers the opportunity for sharing with others, and as Ryan remarks: “Somebody’s got to go first,” adding that others will chime in after that, and that people will be there for one after that. He also notes that everyone has experienced failure, and that people don’t know how to show these in such a way that others will know who one is; and this is what Ditch the Act is all about, so that one can build one’s brand authentically, rather than by “hacks and apps.”

Purchase from Amazon: Ditch the Act: Reveal the Surprising Power of the Real You for Greater Success by Leonard Kim and Ryan Foland

Posted by alvinwriters at 3:44 PM