Cheryl Krauter on The Odyssey of Ashes: A Memoir of Love, Loss, and Letting Go

In this interview, Cheryl Krauter talks to Alexander “The Engineer” Lim, host of AuthorStory by alvinwriter.com, about her book, Odyssey of Ashes: A Memoir of Love, Loss, and Letting Go. 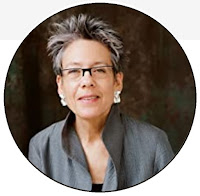 In the four years since Cheryl’s last interview on AuthorStory, Cheryl has been working with cancer patients and therapists, as well as written at least two books (one of which is Odyssey of Ashes) and during the pandemic she has been working on the distress that has afflicted people due to that. Her first AuthorStory interview had actually taken place a year after the passing of her husband, John, who was, in Cheryl’s words, a real estate broker who became a jewelry maker and an “impatient” artist. He was also an expert fly-fisher who, for nine years, donated his time and effort to a fishing charity which supported women who were recovering from cancer - a charity from which Cheryl had won an opportunity to spend time on a guided fishing trip while she was so recovering.
John’s passing was sudden and unexpected for, as Cheryl remarked, he had no known pre-existing conditions and died within five minutes, in the early morning hours. Some time before this, John’s name had been entered in the raffle the fishing charity used to select those who would spend some time with the charity’s members and volunteers, and it was some five months after his passing that his name was drawn - an event that was so unexpected that the woman (who was John’s friend) who drew John’s name needed to ask someone else to read out his name, to confirm the draw. Cheryl went on the trip on her own, after which, according to John’s wishes, she then scattered his ashes by a river.
One of Cheryl’s fears, while writing Odyssey of Ashes, was talking about living in essentially two parallel worlds, with one being the normal, everyday world and the other being a timeless one where one comes to terms with grief that stems from the loss of a loved one. Cheryl believes that living in what are essentially two parallel realities is common, particularly in cases when the loved one has passed away suddenly, as people believe in the story that one passes away after a full and self-aware life - something which “doesn’t happen that much,” Cheryl notes. From her experience, and the experiences of those she has worked with, such an experience is a “suspended state” of reality. Cheryl’s meditation practice helped stabilize her through this experience.
“People feel like it’s crazy,” Cheryl remarks of other people’s reluctance to speak of their experiences, adding that people are afraid to experience the dual reality previously mentioned and don’t want others to know that they are “losing track” of their day-to-day lives, that they fear falling into “a pit” that they won’t be able to get out of. Cheryl notes that it’s an odd feeling for someone in such grief to realize that life does go on, adding that such is part of the process of grieving.
For Cheryl, the day when she scattered John’s ashes was probably one of the most intense parts of her grieving process, as she did so during one of the worst storms in that area’s history, and her spirits were lifted when, the following evening, she saw the aurora borealis in the sky. 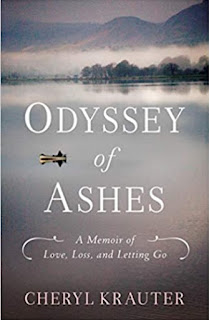 Cheryl remarks that there are a lot of books on the process of dying, but there is little written about the trauma of a sudden death, and she believes that avoidance of this subject is due to such highlighting the “ephemeral” quality of people’s lives. Cheryl also notes that, although she has more or less come to terms with her grief, she still experiences such grief, at a less “acute” intensity, every now and then. She notes that the myth that people get over grief creates pressure in people to essentially be better, remarking that one never knows when memories and emotions related to the passing of a loved one will come up. “I have no idea what ‘normal’ is, anymore,” Cheryl remarks about the experiences in her life, adding that, once the grief is managed, one then creates whatever life is now present.
Cheryl adds that the loved one lost “is always with you,” and that, while “the loss never ends,” they are with one “in a different way.” Cheryl notes that, in her experience, she felt John around for a certain period of time, after which she no longer did, which is part of the process of letting go. She also notes that there are different levels of parting, which is part of the process - something which she feels important for people to undergo and, most importantly, take the time to undergo it.
Cheryl hopes that the readers of Odyssey of Ashes get a sense of permission to explore, discover and talk about all the realities that they are experiencing. She also hopes the book gives a sense of the necessary balance in one’s life, and also notes that, regardless of the events that knock people over, people can get up and find a way to create their lives and “shine again.”
Purchase from Amazon: Odyssey of Ashes: A Memoir of Love, Loss, and Letting Go by Cheryl Krauter
Cheryl Krauter AuthorStory previous interview links
YouTube
Blog
Videos Blog
Posted by alvinwriters at 10:50 PM