Darby Fox: Shifting from Control and Conflict to Structure and Nurture to Raise Accountable Young Adults

In this interview, Darby Fox talks to Alexander “The Engineer” Lim, host of AuthorStory by alvinwriter.com, about her book, Rethinking Your Teenager: Shifting from Control and Conflict to Structure and Nurture to Raise Accountable Young Adults.

“Discipline means to teach, not to preach.” ~Darby Fox 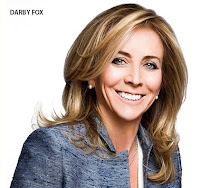 Darby has over two decades’ worth of experience working with teenagers and their families, specializing with this group as a therapist. She originally intended to work with children, but got into working with teenagers, as she was not only interested in doing so but also realized that there weren’t that many people so working with that age group. As part of that work, she needed to work with parents, and as she did so, she thought that there was a way for both parents and adolescents to thrive during this adolescent period, rather than just merely surviving this period and just “get over it.”
Darby remarks that, as everyone has been a teenager, parents think back on their own teenage experiences and use this to interact with their teenagers, by attempting to control their behavior so that their children will not make the same perceived mistakes that they made while they, the parents, were, themselves, adolescents. She notes that this isn’t the proper way to go, as adolescents are neurologically and physiologically hard-wired to seek out new, and particularly gratifying experiences, as they are out to eventually make their own way in the world, as adults. Parents can thus best interact with adolescents by setting boundaries and letting adolescents take the consequences of their actions, rather than the parent being the one dealing with said consequences.
Teenagers need connection and guidance, Darby notes, and parents who can connect with their teenagers will find it easier for the latter to buy into what the parent is attempting to teach them. She emphasizes that teenagers will listen to their parents if they don’t think that the latter is judging them, pointing out that, if teenagers are given parameters to work within and are shown not only these but also the consequences of breaking those parameters, they are more likely to connect with their parents.
One of the myths surrounding teenagers is that they don’t care about anything but their friends, which, Darby notes, isn’t true, as they care about what other people think about them. She notes that humans, by nature, want to please others, and that adolescents focus on their peers because they are practicing creating relationships. Darby also remarks that it’s damaging to think of teenagers as always going against a parent, as that kind of relationship is inherently one of conflict, making that relationship emotional and reactive, particularly in the teenager’s mind, leading to the adolescent pulling away and shutting down.
Parents asking “How can I help you?” Darby notes, create a relationship with far more possibilities than one where the relationship is based on conflict. In addition, getting adolescents and teenagers a mentor, someone whom teenagers could go to if they have problems or need advice, who have an emotional or intellectual connection with the adolescent, can turn troubled teenagers into successful adults, Darby notes.
During adolescence, the brain constantly looks for new things that an adolescent can take on, Darby emphasizes. Where the brain is concerned, the adolescent’s brain develops at possibly the second fastest rate in any period of a human being’s life, with brain development while in utero being the period when the human brain develops the fastest. This is when the brain starts selecting those parts which are used often, and pushes aside those parts which aren’t so often used, resulting in a great deal of flux and growth. Creativity is high at this period in life, and adolescents are always looking for new things to do. Darby also notes that the adolescent’s brain releases melatonin two hours after the adult brain does, resulting in their falling asleep later and waking up later compared to adults. Using drugs or alcohol during this period thus also affects the brain adversely, during this period of growth. The neurotransmitters in the adolescent’s brain which seek out new experiences, Darby also emphasizes, are five times stronger than the brain’s own signals to stop and think, which means that teenagers will prioritize going right for what is the most fun or gratifying, and this also means that parents really connect with their teenagers when setting boundaries.
Where the challenges of raising teenagers today, compared to previous generations, is concerned, Darby notes that social media and the constant input of information (which isn’t necessarily checked) is difficult for adolescents to figure out. Social media, in the adolescent’s mind, creates an alluringly shiny world which is hard to manage, as adolescents feel isolated if they don’t feel they are part of that world. This is very damaging to an adolescent, as they are sensitive to negative comments, to the point of their brain registering this as pain. This, Darby notes, is something that everyone is presently figuring out, as the previous generations haven’t had to deal with social media and the Internet. 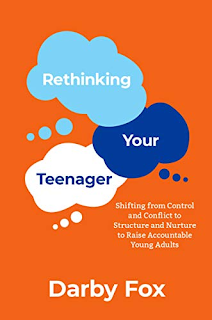 Rethinking Your Teenager espouses a philosophy different from the traditional approach, and Darby notes that this philosophy enables children to build a foundation of strength, resilience, self-sufficiency and empathy, making the resultant adults capable of handling themselves. She gives the example of what happened when the Covid-19 virus hit the world, noting that those who don’t have such foundations don’t know “where to go,” as they haven’t questioned who and what they are. This would be in contrast to those who have such foundations, who can figure out what else they can do, and Darby then related the instance of how differently parents and children react to rejection, such as not making the cut in a sports team, depending on what method they use. A traditional relationship will be one where the parent would try to talk to those concerned, such as the coach, while one using the philosophy espoused in the book would turn that into a learning opportunity, with one lesson being that the things that happen to a child aren’t necessarily personal. Darby notes that, at present, American parents aren’t good at letting their children fail, or at letting their adolescents deal with the consequences of their actions. Darby also points out that parents who control their adolescents and not give them a voice are sending the message to their children that the parents don’t trust their children, when this is likely not the case.
To parents, Darby advises that they ask their children for their opinion and to then listen to their responses.
Purchase from Amazon:
Rethinking Your Teenager: Shifting from Control and Conflict to Structure and Nurture to Raise Accountable Young Adults by Darby Fox
Posted by alvinwriters at 5:11 AM