In this interview, Kris Holmes talks to Alexander “The Engineer” Lim, host of AuthorStory by alvinwriter.com, about her book, Ignite Your Career! Strategies and Tactics to Unleash Your Potential.


“You want to have substance and be clear and concise.” ~Kris Holmes 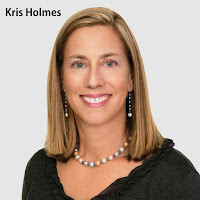 Kris started her career in brand marketing and stayed in it for around a decade before switching to executive recruiting, which is what she has been involved with for over two decades now. She admits that, while she was good at some aspects in brand marketing, there were also other aspects that she struggled with, and after doing some self-assessment she decided to switch over to executive recruiting. “There are some overlaps,” Kris states about the two jobs, noting that, as a marketer, she had to be very strategic, able to figure out what is actually needed as well as to connect with people to buy into one’s objectives, as the people a marketer needs to influence do not work for them. Kris was good at the people aspect of being a marketer, and this is what works well in recruiting, as she is able to connect what people want with the careers that would make sense to them.
When comparing how one would enter the job market today compared to how to do so at the dawn of the Internet age, decades ago, Kris remarks that there are some challenges as well as benefits. It is easier, today, to network, thanks to social media platforms such as LinkedIn, which makes it easier to find people to connect with, such as for mentorship or finding jobs. This also means that the job market is also more competitive and makes it more challenging to enable an applicant to stand out from the rest. Kris believes that the younger generation “is being led astray,” given the message for people to follow their passion, as she believes that the best way for someone to have a long-term career is to build a strong foundation by getting the best experience possible, as well as being someone people want because one can apply best practices and be someone who knows what is going on in one’s field. “It is really hard to go backwards,” Kris remarks of people who would follow their passion before building their foundation.
Kris urges people to assess their innate strengths and what make them unique, noting that people mistake what comes naturally for them as being their strengths. She recommends asking friends and family for one or two things that one is strong in, as well as writing down all the things one liked and disliked when one thinks back on jobs and projects that one has worked on, then culling down the top five aspects. Kris also suggests taking strength finding surveys, which will give one’s top five strengths as well as suggestions of fields where one would be successful in. Kris also recommends YouScience, which figures out not only one’s strengths but also how one’s brain is wired, as well as suggesting fields where one would be successful in. Where she, herself, is concerned, Kris admits that she was somewhat embarrassed that recruiting seemed so easy to her, and remarks that this was because her career fit in with her strengths well.
For older people who shift careers is concerned, Kris believes they should figure out the skills they had developed over the years, the strengths they have, and the combination of where these two can merge well. She also suggests that such people figure out what their driver is, be it still building up their career, making a difference in the world or earning enough savings for their retirement. “They need to know those before they start applying,” she adds. Networking is also very important, Kris also notes, adding that people should start networking as early as high school or college, starting off by asking about what some professors are like. She recommends making networking a part of one’s daily life, as this will pay dividends in the future, such as mentorship, getting advice and activating it to get a job. Networking makes it easy for people to get in touch with others and speak with them from a place of having kept in touch every now and then, rather than just calling up out of the blue and sounding desperate. The present pandemic, Kris remarks, has made networking more widespread, noting that she has spoken to more CEO’s in the past year compared to in the decade before that.
Ignite Your Career! sprang from Kris’s years of experiences, working with college students, and while she noted that some of these schools might have had great career centers, the students themselves wanted the information that she was giving them. Kris then realized that students in schools where career centers weren’t existent or were less able, and she got “a kick in the pants” from her life coach to get writing - something she really went into during the pandemic. The book consists of a strategic part, which covers the elements one would need to think about, long-term, about one’s career, and a tactical part, which enables one to do the nitty-gritty of what needs to be done. “It is meant to be one-stop shopping that you can get back to in your career, again and again,” Kris emphasizes, adding that the information in the book is derived from her decades of work at the O’Connell Group. 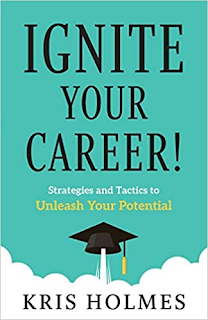 Kris notes that it is important for people to tell stories about themselves, as a way to make their point in a way that they, themselves, can remember. She remarks that people make their stories in the STAR format, which she refers to as Situation - Thinking (which is different from industry to industry) - Action - Result.
Where resigning is concerned, Kris, being a believer in maintaining positive relationships in one’s career, notes that doing so in a respectful manner is important. That said, she also notes that, while people accept counteroffers, that which drives them to leave will still be around, which is why she recommends that people respectfully turn these down, as doing so will waste everyone’s time. She also points out that one doesn’t know where one’s present bosses will be in the future, and there will always be the possibility that they would want to hire one further down the road.
For possible coaching, Kris can be contacted at igniteyourcareerbook.com.
Purchase from Amazon:
Ignite Your Career! Strategies and Tactics to Unleash Your Potential by Kris Holmes
Posted by alvinwriters at 7:08 AM