Lisa Boucher on Raising the Bottom: Making Mindful Choices in a Drinking Culture


In this interview, Lisa Boucher talks to Alexander “The Engineer” Lim, host of AuthorStory by alvinwriter.com, about her book, Raising the Bottom: Making Mindful Choices in a Drinking Culture.

“I’ve never met one person who ever regretted getting sober, but I know many who have the heartache of what they did to themselves and their families because they refuse to look at themselves.” ~Lisa Boucher 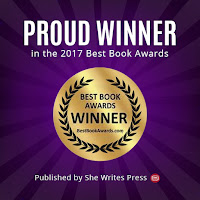 Lisa had an alcoholic mother whose addiction began with the latter taking medication, and this flowed into alcoholism, which made her incapable of functioning. Lisa’s mother wouldn’t drink openly but would take nips of alcohol from the bottles strategically located throughout the house, and her coping method used was to smoke, “put on makeup” and drive, with her children in the car, while drunk, which resulted in numerous car wrecks. Lisa’s childhood was thus highly unstable - “a montage of chaos and insanity” - and her mother’s addiction also frustrated her father, who lashed out at his own children. That said, Lisa remarks that she was blessed in that her father didn’t leave the family and that the family’s finances didn’t collapse, even though her father was “as crazy” as her mother was. That said, Lisa’s mother did attempt to find help, with her father driving her around to get that help, but the medical professionals - as, Lisa remarks, they still do today - misdiagnosed her as being anything but an alcoholic. Lisa’s mother’s recovery began after a household accident where she broke her neck, with the doctor dealing with her putting her into rehabilitation. Lisa’s mother recovered and has never taken another antidepressant or antipsychotic medicine since then.

Lisa herself began drinking at the age of twelve, and she got sober in her 20s, when she realized that her drinking was escalating. During that time, it didn’t seem like a problem, and it felt like fun. That said, her alcoholism kept her from graduating college for a decade and led her into relationships and marriages with problematic men, as well as keeping her from seeing the reality of whatever situation she was in. Lisa admits to making a lot of questionable choices as an alcoholic and notes that she was fired from some jobs because of her attitude. Lisa remarks that, in her case, there was likely a genetic predisposition towards alcoholism, with people in her family also being alcoholics, and the other factors that enabled her alcoholism are availability of alcohol, childhood trauma. Lisa mentions Dr. Vincent Felitti’s study which relates traumatic childhood experiences with health and social problems once those children become adults, and notes that 89% of adults have at least one adverse childhood experience. Lisa also remarks on a study that found that those babies whose parents “fed” alcohol had a four times greater chance of winding up as alcoholic adults.

Lisa, a registered nurse like her mother, has been around children since 2014 - children with stories similar to those of her own childhood. Lisa mentions that “every alcoholic impacts at least four other people,” and remarks that, based on her experiences in health care, in emergency rooms and psych wards, this is true. She is thus very aware of the “devastation” that alcoholism can cause, and is very focused on informing people about the early signs of alcoholism, so it can be nipped in the bud. 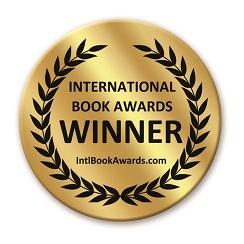 The way the health care system and professionals today deal with alcoholics is “a travesty,” with doctors prescribing antipsychotics and antidepressants rather than dealing with the root cause of the problem. Lisa remarks that alcoholism is a brain-related disease which is linked to the release of dopamine, or the brain’s “feel good” chemical, and that taking alcohol released the dopamine which overrode the general feeling of fear that she chronically felt throughout her childhood, and over time, more and more alcohol is needed to get the same feeling. People who abuse alcohol and other substances tend to not feel good enough about, or loathe, themselves.

Lisa notes that 80% of alcoholics are employed, have families and are functional, rather than the stereotype of a homeless person being an alcoholic, and shares the story of a female surgeon who passed out while breastfeeding her child because she was an alcoholic and who realized just how narrow her life was - defined as it was by her drinking. “Just because you can function and just because you’re drinking with other people who drink heavily doesn’t mean that you don’t have an alcohol abuse problem,” she notes, adding that alcoholism is a progressive and fatal disease.

Lisa notes that one blacking out while drinking over the weekend isn’t normal, as normal social drinkers have an “off button” so that they don’t black out. Where indicators of alcoholism are concerned, Lisa notes some such indicators as:

Multiple marriages or problems in all relationships, with one gravitating towards dysfunctional people;


Lisa remarks that people don’t correlate alcohol with their depression, where in fact they should. She also notes that there are seven cancers (such as colon, breast and throat cancer) related to alcohol, as alcohol is a Class 1 carcinogen, just as asbestos is. She also notes that unchecked diabetes, heart disease, cirrhosis of the liver are also related to alcohol, as is domestic violence, and that $249B are spent on alcohol-related mishaps and lost productivity.

Lisa remarks that people don’t recover from alcohol just by quitting cold turkey, as the emotional and psychological issues such as fear, resentment and trauma, that enabled the condition need to be addressed and talked through and brought out. This will bring up pain and discomfort, Lisa admits, and people are afraid to confront this. Being honest with oneself is vital and necessary, Lisa remarks, as the alternative is having one’s children not want to see them because they are angry and have cancer. 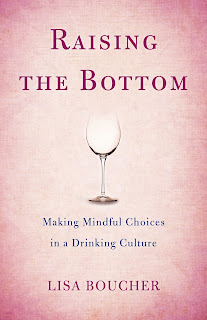 Culture, Lisa notes, has normalized alcoholism, as everything now revolves around the consumption of alcohol, pointing out the absurdity of “yoga and beer” sessions, supporting people lying to themselves where alcohol consumption is concerned. Lisa also notes how prominent alcohol is on TV, social media and the news, such as adults attacking referees and coaches in sporting meets. She also remarks birthday parties of three-year-old children where wine and beer are the centerpiece, and notes how offended people can get if their alcohol consumption is pointed out to them. “If you are a social drinker,” Lisa remarks, “then it should be no problem for you not to drink 24/7 in front of your children, in front of other people’s children or at birthday parties for a one-year-old. If you’re a social drinker, save your drinking for when the kids are in bed, or you’re out to dinner with your adult friends and you have a responsible babysitter at home.” She also points out that parents drinking in the park and then driving home with their children while drunk has become the new normal, and that the children get particularly stressed when they see their parents essentially drinking uncontrollably.

To those who are alcoholics or who know an alcoholic, Lisa recommends finding somebody in their social network who knows somebody who’s sober. She also recommends researching sources which can help the alcoholic, and that the person involved needs to be willing to be rehabilitated, as such methods do work. Lisa also remarks that getting help is also an ego issue, as one has to face up to one’s pride and admit that one needs help.

Purchase from Amazon: Raising the Bottom: Making Mindful Choices in a Drinking Culture by Lisa Boucher


Posted by alvinwriters at 3:16 AM