Thomas W. Jones on His Journey From Willard to Wall Street

In this interview, Thomas W. Jones talks to Alexander “The Engineer” Lim, host of AuthorStory by alvinwriter.com, about his/her book, From Willard Straight to Wall Street: A Memoir.


“Every person can control those things: that you did your best, you kept the faith and you went as far as you could.” ~Thomas W. Jones 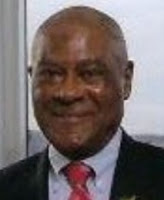 In this interview, Thomas W. Jones talks to Alexander “The Engineer” Lim, host of AuthorStory by alvinwriter.com, about his/her book, From Willard Straight to Wall Street: A Memoir. “Every person can control those things: that you did your best, you kept the faith and you went as far as you could.” ~Thomas W. Jones Tom, by his own admission, had “an unusual childhood” for an African-American child, as his father got a Master’s degree in Physics, after which he was employed in the defense industry, becoming a senior engineer on the Atlas guided intercontinental ballistic missile project. He acknowledges that he and his family experienced the harshness of racial segregation as well as overcame the barriers associated with this, courtesy of education. Tom’s father’s keys to success were: commitment to God, education and hard work, which he passed on to Tom and his family, with Tom noting that personal morality and moral discipline are critical to elevating one’s life.

Tom notes that, when he was admitted to Cornell University, there were 35 African-Americans in his freshman class, whereas there were only 23 African-Americans who were ever admitted to that date - and Cornell University had a student body of around 12,000. He also notes that, in a five-year span in the 1960s, four prominent people had been assassinated and riots raged across cities in the United States, particularly during the summer. It thus appeared that a violent uprising from the black population was likely, and it was against this background that the Straight Hall siege took place. It was during his college days that Tom came in contact with African-Americans who came from backgrounds which were more challenging than his, which made him realize the degree of oppression inflicted upon African-Americans in centuries. He and his peers felt that it was their generation’s responsibility to “draw the line” and end their oppression, and while he was well-accepted in Cornell, he identified with that particular cause.

Tom and his fellow African-Americans had been working for a black studies curriculum in the university, to bring into the fore the effects of slavery in the United States, and in the process of such agitation, several African-American students had been sanctioned, which led to the takeover of Willard Straight Hall. Those who took over initially didn’t carry weapons, but after the Delta Epsilon fraternity members - all of whom were white - broke in and attempted to push these out. Tom notes that this was viewed by him and his fellows as white vigilatism, and it was after this attempt was rebuffed that guns were brought into the building. The university administration quickly realized that the siege could spin out of control, which was why the takeover was quickly settled. Tom remarks that the symbolism given by the siege was that African-Americans were no longer intimidated by white vigilantism and were willing to fight to support the cause of educational truth and opportunity about American history, rather than being subjugated as previous generations had been.

Tom notes that American history is full of contradictions, pointing out that, while many white Americans engaged in racism, there have also been white Americans of conscience who worked with slaves and former slaves. He noted that, at the time of the Willard Straight Hall siege, the United States was at a “fork in the road,” where they could have gone the road of oppression or moving on a path of liberty, and Tom wanted to be part of the liberalizing path that the United States then took. He also wanted to go into business because he realized that the greatest resistance to integration would be where the money was, and so acted accordingly. When he began his road into a business career in the 1970s, he figured his chances to be low, and he realized that he could only focus on what he could control, which were his attitude, how hard he could work and his commitment to excel in that which he did. “You can do these things and not succeed,” Tom notes, “but you will know, in your heart, that you have done all that you can possibly do, and that’s all that any person can do.”

It was during his climb up the corporate ladder that he realized that there was a gap between giving 100% of one’s effort and the culturally-conditioned 95%, in that, while that difference was small, the cumulative results eventually add up, where achievement and results were concerned. It was this which attracted the attention of his bosses in senior management, who, Tom notes, are like coaches in sports teams who are always scouting for good talent, as the executive with the best team would be the one who would deliver the best results. His subsequent bosses offered promotions, protection and opportunities, while Tom reciprocated by making them look good, thanks to his own performance. “All affirmative action does,” Tom notes, “is get you in the door. It is rare, in corporate America, to determine the winner in those high-level positions that everybody is striving for.” He also noted that, throughout his career, his white peers didn’t see him as competition, which made him greatly underestimated - a huge advantage.

Tom shared that his lesson of giving 100% commitment to being the best one can be is something that individuals don’t know what that really is until an individual gives in everything that he or she has and realizes what he can be, and this enables people to achieve their highest potential. He also shared that, at the beginning of every year, he would note down three overarching goals, some of which could be technical, others of which could be physical or spiritual objectives. He gave the example of his setting down, in 1982, of reading the entire Bible from cover to cover, noting that, given his background, it was “foolish” for him to come to the end of his life without reading what, for him, was the most important book ever written, particularly as it was the basis of several of his own life’s concepts. 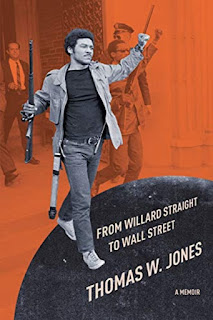 When asked about the collapse of Citigroup’s stock price in the 2000s (the company’s stock price in August, 2002 was in the $300 per share range, with a high of around $368 per share, declared insolvency in November 2008, and its share price dropped to 97 cents per share in early April, 2009), Tom explained that the Citigroup general counsel Charles Prince was chosen by the then-retiring CEO Sandy Weill over Citigroup’s President, Robert Willemstad, who was well-regarded by a lot of the senior managers, as well as the other business leaders. Tom remarks that, within two years, all of the senior business leaders at Citigroup were out of the company, with Tom himself being fired in 2004. Charles Prince then placed his own people in the vacated senior leadership positions, a move which Tom notes that was due to Charles’ own insecurities. This resulted in a senior management which told Charles what the latter wanted to hear, rather than factually based on what was actually going on, and all this came to a head in 2008, when Citigroup ran into a lot of trouble when the mortgage security crisis occurred.

Were Tom to meet God, he would like Him to say: “Thomas, you have fought the good fight, you have kept the faith and you have finished the race.”

Purchase from Amazon: From Willard Straight to Wall Street: A Memoir by Thomas W. Jones