Kari O'Driscoll: Developing Self-Awareness and Critical Thinking in Adolescents One Teenager at a Time

In this interview, Kari O'Driscoll talks to Alexander “The Engineer” Lim, host of AuthorStory by alvinwriter.com, about her book, One Teenager at a Time: Developing Self-Awareness and Critical Thinking in Adolescents.

“As soon as we start listening, they start feeling like they’re being heard, and that’s really, really important.” ~Kari O'Driscoll 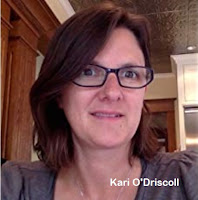 While writing was something that Kari didn’t aspire to, it was by doing so that she processed the world. It was while she was in college that she got fascinated with the power of being able to understand scientific concepts and write them in a way that the average person could understand. Kari admits that she likes advocating to people and interacting with them, which was why doing so was her “sweet spot.” For her, philosophy was about curiosity and that the answers there were open-ended and led to more questions, rather than with science, where there is only one right answer. Kari also notes that philosophy also deals with ethical and moral questions, which also appeals to her.

Kari founded the SELF program sprang from her experiences with working in health care and working with the Mental Health Division of Washington State, as advocating for children with mental health issues. It was particularly after having two children of her own that she noticed what was going on in formal education as well as what was missing in this, and the SELF project was founded as a way to fill the gap that she saw that children in the United States weren’t being taught about.

The SELF project is rooted in how mindfulness impacts health and brain development, as well as on the latest research into adolescent brain development. It uses non-violent communication techniques to help those aged between 10 - 25 years old, as this is when “massive brain development” occurs. The project is intended to enable adolescents to ask questions about who they are and what their values are, as well as how to create strong, trusting relationships and build networks that they can rely on. The project also enables adolescents to develop patterns to help them deal with stress and create a positive mindset, to create a strong foundation for their adulthood.

Where the present educational system is concerned, Kari notes that the United States has “bought” into the idea of competition and that there are prescribed paths that children should take. This results in a lot of stress being placed on children, particularly since the requirements to go from one grade to another, much less such leaps as those from high school to college, are driven by outside forces. This environment is one which is not conducive to enabling adolescents figure out what it is that really drives them and what they feel about what is going on. Kari also notes that personal emotional development isn’t addressed, pointing out that children, in the present educational system, spend 40 - 60 hours a week away from their parents, and that it is difficult to address the entirety of a child’s personal emotional development over dinner.

Where adolescent brain development is concerned, Kari notes that adolescents are very socially driven and are biologically designed to take big risks, as well as not really think through the consequences of their actions. This is mainly due to adolescents seeing things through an emotional filter, as the amygdala, which is an organ in the brain which processes emotions, physically swells to thrice its previous size - which explains why adolescents react emotionally to concerns, as an adolescent’s brain tells the individual that the situation is one that requires a “flight or fight” reaction. Adolescents also learn how to understand abstract concepts at this period, which can be used to nurture curiosity and openmindedness. Kari also remarks that the prefrontal cortex of the brain, which is related with rational thought, isn’t fully developed until the age of 25, which means that adolescents aren’t capable of doing rational thought until that age. Thus, telling an adolescent such things as “Why can’t you act / think like a grownup?” are pointless, as they literally cannot do so. Kari also notes that, towards adulthood, the brain “prunes” neural connections so that only those which are vital, efficient and effective in adult life are maintained and those which aren’t are allowed to degrade. These neural connections essentially form the basis of habits and patterns that individuals use, and if the kind of habits that enable emotional intelligence haven’t yet been created, neither would those neural connections which would support such habits. The connections that are supported are those which cause people to be petty, and this is one reason why there would be adults who act irrationally, emotionally and excessively. Kari also calls such neural connections “superhighways,” in recognition of the brain’s drive for efficiency, and notes that the superhighways which enable a person to do critical thinking and to become aware need to be created during the adolescent years.

The SELF curriculum is based on the subjects of:
There are several lessons in each subject, and each lesson starts with a story, which is a great way to catch a person’s attention, after which the lesson becomes a journey of guided discovery. The curriculum is meant to be used with several adolescents at the same time, to harness their social drive as well as to normalize conversations about difficult subjects, particularly those where there is no “right/wrong” answer. An activity, usually a solo activity, is also part of the lesson, and the last piece of the curriculum is a guided meditation / visualization where the adolescents can internalize the lesson. The curriculum is very flexible, and Kari gives an example of the first part of the lesson being given on Monday, with the kids being asked what came up for them on Wednesday (which was also when the activity was done), and wrapped up on Friday, with the visualization and debrief of the lesson being done then. The full curriculum of 50 lessons should properly take over the course of several months, particularly given that some of the subjects concerned are difficult to deal with, and giving the adolescents time to ruminate on the subjects enables richer discussions. That said, the program is flexible, with Kari remarking that she once gave the curriculum in 75 minutes. 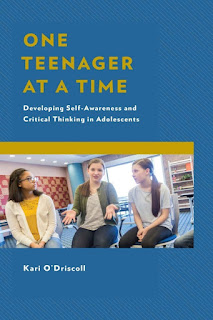 Where results are concerned, Kari points to her work with a recovery school for children who were recovering from addiction. The adolescents there were both real and raw, and the adolescents remarked that they felt heard, rather than being merely spoken to. The adolescents were thus able to really dig into the questions posed in the lessons, and one of the once commented to Kari that it had been the first time that someone had listened to that individual. Doing the curriculum, Kari remarks, enables adolescents to take a break from all the stress they are in and just play, and those who have undergone it feel they have a right to speak up, are more self-assured and are more “comfortable in their own skin.” Kari gives an example of a lesson on shame, which includes such pointers as who would make an adolescent feel ashamed. Exploring and unpacking the experience of shame is difficult for adolescents, as they want to be thought of as “cool” by their peers, and Kari notes that people in power use shame to control adolescents’ behavior, which only makes such as situation more uncomfortable to deal with.

Kari would like to remind adults that adolescents nowadays are being asked to do more things than adults do, and are asked to be something which they literally cannot be and do things that they can literally not yet do. The social and logistical expectations set to teenagers can be overwhelming, she notes, and that leading with compassion and curiosity and as supportive and loving adults goes a long way towards creating positive relationships.

Purchase from Amazon:
One Teenager at a Time: Developing Self-Awareness and Critical Thinking in Adolescents by Kari O'Driscoll

Posted by alvinwriters at 1:00 AM