Dr. Jennifer Cobbina: Why the Protests in Ferguson and Baltimore Matter and How They Changed America | Book: Hands Up, Don't Shoot

In this interview, Dr. Jennifer Cobbina talks to Alexander “The Engineer” Lim, host of AuthorStory by alvinwriter.com, about her book, Hands Up Don't Shoot: Why the Protests in Ferguson and Baltimore Matter and How They Changed America.

“Ending the killing of black people really requires doubling down on investments in communities, and not the criminal or justice system.” ~Dr. Jennifer Cobbina 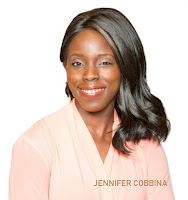 Dr. Jennifer Cobbina is a Canadian and, as such, has not had the kind of experiences, growing up, that were noted in her book. That said, she got interested in criminal justice in college, and it was as she was working on her doctorate that she became aware of the impact on how race is viewed, and how people of certain races are thus treated, within the criminal justice system.

According to Dr. Cobbina, racism includes prejudice, hatred or discrimination against a person because of their skin color, ethnicity or national origin, based on one’s personal feelings and beliefs about that other person. She notes that, while the most common types of acts that people would associate with it are acts of abuse and harassment, such acts do not necessarily have to be violent or intimidating; name-calling, jokes and excluding the person from groups or activities are also acts of racism. Racism thus shows up in people’s attitudes and, where institutional racism is concerned, the way institutions and systems function. Not all racist acts are obvious or overt, such as someone looking for job applicants not considering those resumes which come from people with certain surnames, no matter how qualified they can be.

Dr. Cobbina notes that, as human beings, we all inherently have biases, but while biases can include racial bias, not all biases are racist. “People are not born with racist ideas or attitudes,” she says, “racism is learned,” and the subsequent belief in the superiority of one’s group can lead to racial hatred. That said, racism can also stem from fear, anxiety and ignorance; and where ignorance is concerned, Dr. Cobbina opines that the willingness to contact and connect with people of other ethnic groups is important where enabling people to find commonalities is concerned.

The impact of racism on those who experience it harms those individuals profoundly, with respect to their health, as they suffer from anxiety, frustration and anger. Moreover, the effects of experiencing racism on a consistent basis cause people to withdraw from social life, eventually diminishing their quality of life, as they can feel like second-class citizens whose freedom and dignity are compromised.

Where racism is concerned, Dr. Cobbina remarks that racial disparities are present within the criminal justice system, giving the example of racially biased use of discretion, where police are more likely to stop blacks and Hispanics in investigatory stops, wherein the police will stop a driver deemed to possibly be carrying drugs, firearms or other illegal material in their vehicles, than they would white people. She remarks on studies that have shown that blacks are three times more likely than whites to experience physical force or be threatened with physical force during an encounter with the police. Dr. Cobbina also remarks that blacks, for all their being more prone to being searched, are less likely to be in possession of something illegal than white people. She also notes that people of color are more likely to be charged more harshly than white people, and that, once charged, they are more likely to be convicted and, once convicted, are more likely to receive harsher punishments than white people, even when taking into account the type of crime that was committed and the individual’s criminal history.

The facts behind Michael Brown’s death, based on a report from the Department of Justice, are policeman Darren Wilson saw Michael Brown and his friend on the roadway and asked them to move towards the sidewalk. Wilson had just received a report of a convenience store robbery and was given a description of the suspects, and used his vehicle to block Brown and his friend from walking any further. Brown then punched the officer as he was getting out of his car and went for the policeman’s gun, but the policeman managed to keep his weapon and fire two shots which injured Brown. The report then stated that Brown ran and that Wilson chased him, then shot Brown to death after the latter turned and charged right at him, firing twelve shots, six of which hit Brown, two hits of which hit Brown in the head. That said, several witnesses noted that they had seen Brown raise his hands in surrender before Wilson shot him to death, but the witnesses’ credibility was questionable.

The facts behind Freddie Gray are that he ran away from a Baltimore police officer, but was caught with an illegal switchblade and then arrested, with a cell phone video of his arrest showing him being dragged into a police van, screaming in pain as he limped. Gray requested for an asthma inhaler, but this request was denied, and he was thrown in the police van and transported unbuckled. The van then made several stops, and when it arrived at the police station, Gray was unconscious. Gray then underwent surgery because his spinal cord had been 80% severed and his voicebox had been crushed, and Gray remained in a coma for a week before dying.

Dr. Cobbina notes that racial minorities and crime are viewed essentially as being one and the same, which is why the police view the individuals of such groups as both criminal and dangerous, which would explain the “aggressive” methods used to deal with Brown and Gray. “It’s likely that they would still be here today, if they were white,” Dr. Cobbina concludes.

Where the protesters were concerned, these were ordinary, everyday civilians, most of whom were young, first-time activists, which meant that they participated in protests for the first time in their lives. The protests were centered around the deaths of black individuals at the hands of the police and were intended to affect change by ending police violence and the criminalization against people of color. The belief was that Brown’s death was unwarranted, even if it seemed lawful, and it didn’t help the authorities that his body was left in the street for four hours, in the hot sun, in a move reminiscent of that of the bodies of lynched black men being left hanging from trees for a long time as a warning to other blacks. What also led up to the protests were reports of armed police killing unarmed black civilians, as well as with the “strange” relationships the Ferguson police had with communities of color.

Dr. Cobbina differentiates between a protest and a riot, in that a riot is a situation where people behave violently, and that destruction of property is a result of a riot. A protest is a demonstration against a specific course of action or official policy and is constitutionally protected. A lot of the people whom Dr. Cobbina spoke with were against violence and rioting, and several even attempted to stop that; but she acknowledged that it was the rioting that drew attention to the issue and that, without the rioting, the protests could easily have vanished beneath the waves of public awareness. Dr. Cobbina remarked that, when she was observing a protest in Ferguson, the situation was extremely intimidating, with a line of policemen in riot gear making it very clear that those they faced down were the enemy. She also noted that, while some of the people she spoke with had had positive encounters with the police, most had negative encounters, with these experiences affecting their perceptions of the police. Dr. Cobbina also remarked that, with the people she interviewed, there were racial distinctions amongst these reported encounters, with whites being given the benefit of the doubt while blacks were more likely to encounter aggressive policing, racial profiling and disrespectful behavior.

Dr. Cobbina remarked that a federal investigation into the Ferguson and Baltimore police departments revealed that these departments engaged in racially biased policing, with a pattern of unconstitutional stops and arrests on black people being recorded. One of the best stories that Dr. Cobbina gives as an example is that of Kevin of Ferguson, while he was a sixteen-year-old black boy playing basketball with his friend in the neighborhood. A police car then came by, telling them to get off the street, and when the friend stared at the policemen as they drove by, the policemen then did a U-turn, got out of the car, grabbed the friend and slammed him on the hood of their vehicle, telling him: “What are you looking at?” The boy then wondered aloud: “What is he doing? He’s being too rough!” to which the officer then replied: “Shut the fuck up.” Dr. Cobbina then remarked that this incident had happened years previously, but that Kevin still felt the same pain, indignity and frustration, telling her that story, that he did when the incident happened.

Where having more black officers in the police force is concerned, Dr. Cobbina remarks that doing so wouldn’t change things, based on her study, 25% of those she surveyed saying that black officers enforce the law more fairly and are more courteous. Another 25% said that black officers also operate aggressively against black civilians, with this sentiment being more prevalent amongst black Baltimoreans. Dr. Cobbina notes that diversifying the police force in this way isn’t the solution, and that even those communities which engage in lawful behavior are still treated as “the criminal enemy” by the police. 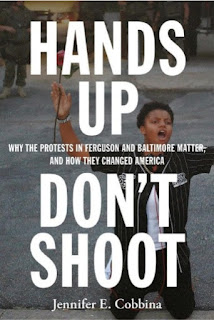 Where impact is concerned, Dr. Cobbina remarks that the protests has brought the issue of racial injustice within the criminal justice system, as well as aggressive policing against blacks, into the public consciousness and public conversation, while also calling attention to the issue of racism in the United States in general. She also remarks that history also plays as much a part as culture where racism is concerned, as the United States has always been historically racist and violent, and that this aspect has yet to be confronted. Dr. Cobbina notes that steps are starting to address and confront racial tensions, historical grievances and misunderstandings and that, based on the conversations she’s had, it would be better to invest the money being spent on police and prisons in marginalized individuals and communities, to address the fundamental issues of poverty and inequality from which crime springs - intervention and prevention, rather than punishment, in other words.

Purchase from Amazon: Hands Up Don't Shoot: Why the Protests in Ferguson and Baltimore Matter and How They Changed America  by Dr. Jennifer Cobbina

Posted by alvinwriters at 7:50 PM