Betsy Muller on How to Give Yourself an Energy Makeover for Youth, Fun, and to Get Things Done with EFT

In this interview, Betsy Muller talks to Alexander “The Engineer” Lim, host of AuthorStory by alvinwriter.com, about her book, Energy Makeover: A Conscious Way to Stay Young, Have Fun and Get More Done!.

“When I think of energy healing, I think of making a connection with another person or a group of people.” ~Betsy Muller 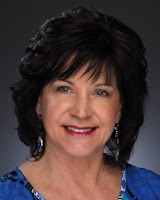 Betsy has been an Emotional Freedom Technique (EFT) practitioner for nearly two decades and is presently an EFT trainer. EFT is a form of energy psychology which uses aspects of both Western and Eastern medicine, the latter in particular with its use of “tapping points,” which correspond to acupressure points. EFT is used to manage upsetting emotions as well as upsetting past memories by bringing these to the fore and giving people the tools to deactivate the stress responses triggered by such. Tapping on the acupressure points, instead of acupuncture pins, is part of EFT’s methodology, while, at the same time, using traditional talk therapy.

Energy Makeover, as well as Betsy’s involvement in EFT, stemmed from her own curiosity, concerns and fears about ageing, which included how to make ageing more comfortable. Her journey into energy psychology made her realize the possibilities available, which was why she eventually decided to share it in book form. Her busy schedule played a part in this, as she is now involved in training other EFT practitioners, which cuts into the time she can spend with clients, and as she, herself, mentioned, she loves to give things away if she thinks these can help other people. She wrote it as a conversation, so that it is one which people would find approachable - so much so that, Betty remarks, even if one is wheelchair-bound, one will be able to pick up some things which could help one’s life. She also notes that people don’t have to read the entire book; if all that is needed is one chapter, then that’s fine.

Betsy also has a follow-up book due out in June, 2019, called The Comeback, which is a memoir which uses a lot of the concepts noted in Energy Makeover. The memoir focuses on her husband’s suffering from a serious illness which caused his brain to go without oxygen for a long time, with the doctors resorting to putting him in a coma to help treat him, as well as of her own experiences in using EFT and the exercises noted in Energy Makeover to handle the situation.

Betsy notes that there is a physical component to stress, and that EFT works with human biology, by allowing the amygdala to create a stress response while simultaneously tapping on particular points on the body to relax said stress response. She also remarks that the human endocrine system - the one which triggers the “flight or fight” response - affects the hormones which keep humans young, and that moving one’s body helps keep one young. 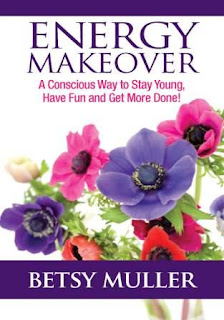 Energy, as Betsy explains, is essentially charged power which not only powers electrical appliances but which also affects people, giving as an example the power of love. This rapport, she also notes, enables information to be exchanged amongst those connected, and this exchange is particularly useful in EFT sessions.

Betsy includes, in her book, the five exercises which Tibetan monks use to keep their hair from getting gray, their core tight and their spine aligned over the years, as well as some exercises used by Donna Eden, the founder of the Eden Method, who also works by using energy medicine. According to her, exercising five to ten minutes a day, every day, should be sufficient for everyday use, although this time will increase if there is a major event which takes place. Journaling is also a technique that Betsy recommends noting that words are part of how we human beings process an experience, whether those words are spoken or written down. She also remarks that it is important to take in water, as water helps energy move within one’s body.

Purchase from Amazon: Energy Makeover: A Conscious Way to Stay Young, Have Fun and Get More Done! by Betsy Muller

Posted by alvinwriters at 4:15 PM