Engineer” Lim, host of AuthorStory by alvinwriter.com, about her book, The Most Powerful Woman in the Room Is You: Command an Audience and Sell Your Way to Success.

“Emotion needs to be taken out of business and negotiation.” ~Lydia Fenet 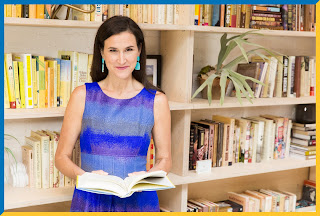 Lydia began thinking about writing a book for a few years before a reporter from a magazine followed her around to do a “day in your life” piece. At the end of that day, after the reporter asked her what she did when she got home, she replied that she either read books or worked on a book that she was writing. It was after reading the reporter’s transcript that Lydia realized that she should either go ahead and write the book or stop talking about it, as she had been talking about it for some time. She thus wrote a proposal and sent it to an agent, who posted the proposal on the day that the “day in your life” piece was published. Lydia sold her book to Simon and Schuster a week later, and as she was given three months to write it, she “dug deep” and did so.

The Most Powerful Woman in the Room Is You may be part memoir and part life lessons drawn from her decades of experience, but Lydia notes that it is meant for everyone, pointing out that she had male friends who read it and remarked that they were able to pick things up from it that they could use in their lives. Lydia remarks that the book is essentially all about finding confidence in one’s voice (which helps a lot in selling), and also adds that, while she had, as part of her job as an auctioneer doing 70 - 100 auctions a year, found her voice onstage, she wasn’t applying those principles to her everyday life. She notes that being with a company for twenty years enabled her to chart her growth, as the company was the main constant in that time.

Lydia remarks that women may have the skills to succeed at selling whatever it is they want to sell, be it an idea or a proposal, but that rejection and fear inhibit them from doing so. She notes that negotiation is not about being liked, and that emotion and business negotiation are two entirely different things. Lydia noted that, in her own family, she, her mother and her sister had difficulty negotiating, whereas her brothers and father did so easily. Lydia encourages practicing negotiation in her own team by allowing them to ask for better pay, pointing out to them that, while they might not get it, the effort is good practice where getting over the fear of asking is concerned.

Telling the truth is very important where sales is concerned, according to Lydia, and to illustrate this, she told a story of a place she rented for her husband’s birthday, one which she thought was well-appointed but which turned out to be more like “the set of a horror movie.” She points out that, if she sold something that she was untruthful about to someone, that person will have told all of her friends about it, and she wouldn’t be able to get a sale from either that person or her friends again, and that nobody would believe a word she said. Lydia notes a sales equation that, if someone has had a good experience, they will tell one person, and if that person has had a bad experience, they will tell nine people.

Sales is all about listening, Lydia points out, remarking that: “The truly good salesperson is the person who sits back and takes note of what the other person is saying, and then weaves their sales pitch into what that person is saying.” Sales is thus a two-way conversation, and where things that are difficult to sell are concerned, Lydia recommends that a salesperson has to figure out what is being sold, who that item is being sold to, what would appeal to the person being sold to and be truthful about any pitfalls to what is being sold. Doing so helps create a good reputation for the salesperson, which could lead to future sales. “Think of the long game in sales,” Lydia advises. “You want to be in the picture, time and time again.”

Authenticity is also important, according to Lydia, and she told of how she learned of this when she finally, after spending a lot of time emulating some of the more successful, British, male auctioneers, conducted an auction just as herself, as she was then sick and too tired to emulate anyone else. Authenticity enables people to engage others, and Lydia advises that people think about what there is in one’s personality that others would be drawn to, giving the example that people who love humor can use jokes effectively to engage others.

The “strike method” is Lydia’s term which she named after the sound of a gavel hitting a table, which attracted people’s attention. In practice, after she hits the gavel at an evening party, Lydia has thirty seconds to say something which would engage her audience, most of whom don’t know that an auction will happen at that event. The application to this is when salespeople pause before starting a sale, then having their first line ready to go, to catch the attention of the other people in the room to engage them right from the start. 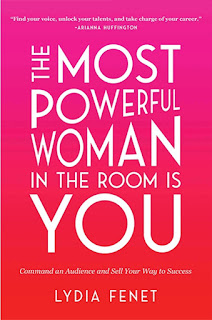 Where scripting is concerned, Lydia notes that being authentic needs to be brought into this, whenever possible. She recommends that people do research on the people they will be dealing with, giving the example of being able to converse with a potential client for two hours by simply talking about their grandchildren. Failure, as far as Lydia is concerned, is exercise: “The more you do it, the better you get.” She acknowledges that it’s not always pleasant, but that one is better because of it – and the same likewise goes for rejection, pointing out that, if one fails or gets rejected often enough, the time will come when one doesn’t care about getting a “no,” one can then ask for anything. She also notes that a lot of people are willing to help and need only to be asked to do so.

For Lydia, one of her biggest takeaways when writing The Most Powerful Woman in the Room Is You was that no one can advocate for oneself other than oneself. “Stop looking around for everybody else to tell you what you want to do and what you already know that you can do,” she remarks.

Purchase from Amazon: The Most Powerful Woman in the Room Is You: Command an Audience and Sell Your Way to Success by Lydia Fenet

Email ThisBlogThis!Share to TwitterShare to FacebookShare to Pinterest
Labels: alvinwriter.com, author interview, AuthorStory, being an author, books, inspiring story, Lydia Fenet, Sales, Selling, The Most Powerful Woman in the Room Is You, writing inspiration