Adrian Owen on The Gray Zone, the Boundary Between Life & Death

Adrian Owen talks to Alexander “The Engineer” Lim, host of AuthorStory by alvinwriter.com about his book, Into the Gray Zone: A Neuroscientist Explores the Border Between Life and Death.

“We know you’re there.” ~Adrian Owen 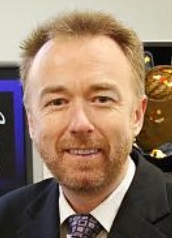 Adrian Owen is a professor of neuroscience who is involved in cognitive neuroscience, which deals with brain scanning technology. He got his start in exploring what he called “the Gray Zone” when a former partner of his had a brain aneurysm which turned her into a mental vegetable. This started him on the decades-long journey of exploring a mental area that is between full awareness and total lack of awareness - the so-called “Gray Zone” - using the brain scanning technology. Going under anesthesia is another example of someone entering the gray zone, and such conditions as Alzheimer’s disease, stroke or being deprived of oxygen could result in people staying in the gray zone.

Adrian remarks that exploration of what it’s like to be in the gray zone is still ongoing, but he gave some examples of patients who had been in the gray zone. He notes that such people were aware of what had been going on around them while they were lying down on their beds, trapped in their unmoving bodies, and also mentioned that some patients who are in the gray zone were “satisfied” with their lives and didn’t want to die. Adrian also gave the additional example of people who went under anaesthesia reporting about being aware of what was being done. He also remarked that, while patients can experience frustration at being ignored, some of those who have come out of the gray zone report having experiences that they liked while they were in such a state.

Magnetic resonance imagery is a tool Adrian uses to communicate with patients in the gray zone, by reading the patient’s brain as it reacts to questions, using predetermined responses. If, for example, a patient is told to wave his arms, a part of the brain will activate, and if the patient is told to do another activity another part of the brain will activate. These signals, which are checked again and again to make sure these are intentional instead of random, are then used as signals which can be used to communicate. The main method of getting information is essentially asking the patient to answer “yes” or “no,” and then drilling down into more detail with more “yes” or “no” questions. 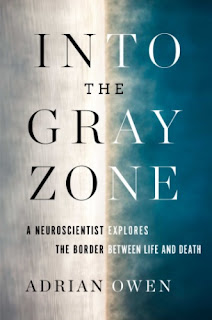 Adrian notes that understanding that people in the gray zone may have more awareness than had been previously thought, and that, as such, we have a responsibility to understand what is going on. The level of awareness patients have while in the gray zone raises some potential ethical concerns, as they will have their opinions which must be taken note of, just like with any conscious patient, including whether or not they wanted to live or die. As his former partner said, after she got out of the gray zone: “The day you scanned me, I went from being a body to a person again.”

Adrian intends the book for everyone and is full of stories of people who are or were in the Gray Zone who have revealed their experience while in it. He describes Into the Gray Zone as a “scientific adventure story,” where it’s about the process of doing science and its impact on people’s lives. Adrian’s website, intothegrayzone.com, has more information on the gray zone as well as contains some videos done about the research Adrian has done over the past twenty years.

Purchase from Amazon: Into the Gray Zone: A Neuroscientist Explores the Border Between Life and Death by Adrian Owen

Posted by alvinwriters at 1:04 AM