Michelle Janning talks to Alexander “The Engineer” Lim, host of AuthorStory by alvinwriter.com about her book, Between: Living Life in Neither Extreme. 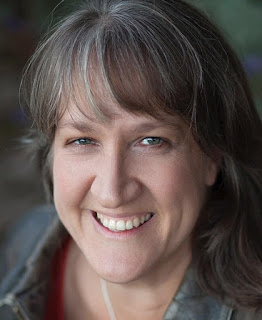 Michelle is a professor of sociology who has been writing on topics related to sociology for some 20 years. Between is a collection of essays, which usually started out as blogs, which reflected her sociological observations of events in everyday life. The genesis of her book was in 2013, when she found herself in a challenging situation that she realized was actually interesting. She sat down, during the spring of that year, to write out the titles of some 50 blog posts which she wanted to write, and she later did write out some of these, some of which also became included into Between. Her constraints was that she could only do five minutes’ worth of research on each essay and that the essay would be written out in one sitting.

Michelle notes that her essays are easy reads, with the longest of her essays is around a thousand words. She thus jokingly refers to her book as “a daily devotional, but without the Bible.” Her book speaks about the various boundaries that roles play in life as well as the complexities in what can be viewed as extreme viewpoints, so it could appeal to different kinds of people, particularly given that various sections of the book deal with different aspects of life. Her favorite topic is family, as that is where the core of her passion lies, while politics was the topic she found the most challenging to write about, particularly as it is a challenging issue at the present time.

Michelle notes that extremes can be states that people can oscillate between or not being sure about something, or as vantage points which are both visible to the person, who takes a middle path. Extremes can thus be a misrepresentation of how our minds might work, with the example given being that of a working mother, where being a mother and being a paid employee are regarded as being on the opposite ends of the same spectrum, as managing both at the same time is challenging. Michelle also gave the example of childhood and adulthood, in that these are seen as two totally different aspects, whereas there is actually some overlapping between these states of life. She notes that the information people presently receive from news and social media feeds limit people’s views due to oversimplification.

Where the human tendency to simplify and classify is concerned, Michelle notes that sociologists need to define groups to to get to an understanding of where inequalities might lie, as well as to enable individuals to understand that they are not alone, as there are others who think like them or who have undergone the same experiences as they did. She then remarked that the downside is overgeneralization, where individual stories are missed because of the focus on the group. Michelle also notes that some people don’t fit entirely into a single category, such as those who don’t consider themselves to be entirely of one gender over the other. 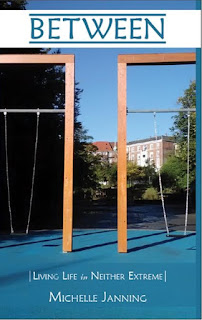 Michelle notes that sociology doesn’t just describe what goes on but also looks to the future, so that whatever needs to be remedied can be remedied so that a particular problem doesn’t remain as such in the future. She remarks that sociologists take the very mundane and “make it weird,” going into detail about the why of those mundane activities, and that sociology is more needed than ever, as people are misunderstanding other groups of people and the world, making claims based on misinformation and snap judgements. Michelle emphasizes that understanding others and other groups builds empathy, which is lacking at present, and sociology can help with that.

Michelle notes that she’s still growing as a sociologist, and that she, like everyone else, is a work in progress.

Purchase from Amazon: Between: Living Life in Neither Extreme by Michelle Janning

Posted by alvinwriters at 9:26 PM