Laura Barnett talks with Alexander “The Engineer” Lim, host of AuthorStory by alvinwriter.com about her book, The Versions of Us.

“Isn’t it a funny paradox that fiction, that the more specific and personal you make it, the more general and worldly it becomes.” ~Laura Barnett

Laura had always written works of fiction as a child, and had always wanted to write a novel. She trained as a journalist once she got out of college and has spent over a decade, so far, writing for various publications and specializing in the arts. She had actually written two novels which, according to her, didn’t work before writing The Versions of Us and remarked that it was just as well that she did, as she was then able to write about characters who, and situations which, didn’t have much to do with herself. When she started writing the novel, she was constantly thinking about what would please a reader, but she then realized that she would never know what exactly goes on in a reader’s mind, and after that wrote the kind of work that she wanted to write, after which things fell into place for her.

For Laura, writing The Versions of Us was so clear, it seemed to her that she had read the novel in its entirety before it was written, and in addition to being hit with the inevitable doubts that plague every author whenever they write a book, she also doubted how well the book would do, given its unique structure, and she received a boost of confidence when, halfway through writing the first draft, she showed it to a colleague, who remarked positively about it. She remarked that there seemed to be an interest in “what-ifs” where stories are concerned, and that three different permutations of the same story seemed to be just the right number to do. She included what she called “handholds,” or parts within the story where a reader could latch onto so they could understand the story, in a way that someone climbing a cliff would use handholds to climb it. 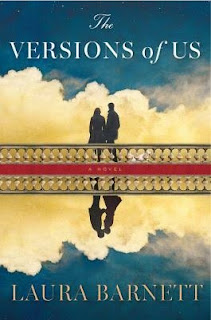 Where writing out the three different versions were concerned, Laura remarked that she started with a paragraph summarizing each version and the characteristics of the characters, after which she essentially inhabited the characters and just moved with them as their story progressed over time - a method that felt very natural to her. Laura kept notes of the stories as these progressed, and she likewise did the research as she wrote, rather than doing all the research before writing. She credits the Internet for being a wonderful research tool.

Laura remarked that she never thought that the book would achieve the success it presently has, and added that its story of taking the path less traveled is what resonates with people all over the world. She is presently working on her next book, Greatest Hits, which focuses on the life of a female musician and whose chapters are titled after a song that the character is listening to. She is also working to create a companion soundtrack album to that upcoming novel. To aspiring novelists, Laura advises them to not give up and to dig deep, asking oneself hard questions about what one wants to say and then challenge themselves.

Laura Barnett’s website for her book, The Versions of Us, is laura-barnett.co.uk.

Purchase on Amazon: The Versions of Us (a romance novel in 3 versions) by Laura Barnett

Posted by alvinwriters at 5:57 PM