Firoozeh Dumas talks to Alexander “The Engineer” Lim, host of AuthorStory by alvinwriter.com about her latest book, It Ain’t So Awful, Falafel. 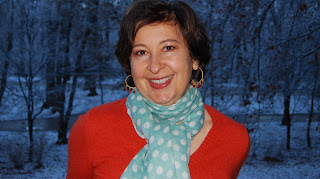 Firoozeh is an American-Iranian who, as a girl, traveled with her family to the United States, and as her family had moved a lot, she admits that she was always the new kid in school. She first came to the United States in 1972, when hardly anyone in the United States knew much about Iran was, hence her being asked about camels and the like. It was while she was in the United States, a few years later, that the Iran hostage crisis took place, which was, by her admission, a dark phase in her life, as she then felt the distrust directed at Iranians and which made her wonder how everyone could shun an entire country. Her experiences during that time were the basis of It Ain’t So Awful, Falafel, which is her first foray into writing for young adults.

Firoozeh’s first two books became popular reading in schools and colleges, and so she decided to write a book for a younger audience. She realized that her life experiences during the Iran hostage crisis were something that adolescents could probably relate to, and wrote it in a way that they would give them hope, and as she worked on the book, she likewise realized that there wasn’t much of a difference for her, when it came to writing to a younger audience compared to writing for an adult audience, although her book was published in 2016, a time where and the reaction to it was a hot topic. She points out that, while the book is timely for 2016, she had started writing it in 2008, prior to present time concerns.

The emotions that the lead character of It Ain’t So Awful, Cindy, goes through are real, but the character herself is based on several different people. Firoozeh noted that Cindy is usually kind, is funny, and doesn’t give up easily. The author believes that these are traits which attract the readers to her lead character. The historical facts of the time are true, but Firoozeh needed to figure out how much history to put in the book in order to keep the storyline flowing, and spent two years while writing the novel, doing just that. Because humor is her self-confessed “secret sauce,” writing the funny parts were the easiest things for her to do, while writing out scenes that were based on the sad parts of her own life were the most difficult for her to do, which required her to, on occasion, step back and take a break. As a whole, her book is intended to be humorous in the perspective of a young girl. 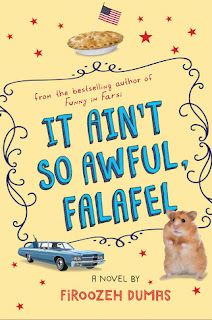 Firoozeh is a voracious reader and, as a child, never did wonder why she never read a book with an Iranian protagonist, but as a mother she feels that diversity in protagonists is now important. She wrote It Ain’t So Awful for everyone to relate with, Iranian protagonist or not, noting that audiences reading on stories about people of different backgrounds make them kinder, and with this in mind, she has, through the book, initiated an organic initiative for school kids called the Falafel Kindness Project, which she hopes would help kids realize just how much power they have by turning to kindness rather than focusing on bullying.

Firoozeh hopes that her readers will be inspired to pick up another book to read and enjoy. She also notes that history is a lot more than memorizing dates and that it is more along the lines of the songs we, as a people have heard and is really all about the life that unfolds around us.

TRIVIA: Falafel is a fried bean ball from the Middle East.

Firoozeh Dumas’s website for her book, It Ain’t So Awful, Falafel, is firoozehdumas.com.

Buy from Amazon: It Ain't So Awful by Firoozeh Dumas

Posted by alvinwriters at 4:40 PM