Gordon Tredgold talks to Alexander “The Engineer” Lim, host of AuthorStory by alvinwriter.com about his latest book, FAST: 4 Principles Every Business Needs to Achieve Success and Drive Results.

“A more successful world is a better world to live in.” ~Gordon Tredgold 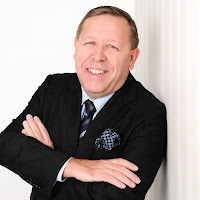 Gordon has a degree in mathematics and began his career in 1986, working in IT, and over the course of the next three decades, proved his worth at handling projects and solving problems, specializing in projects that people thought difficult, and thus didn’t want to handle. He liked handling such projects because these allowed him to break the rules, and as a result, was able to bring about change when and where it was needed. While handling such projects, he learned what caused failure, which are a lack of focus, a lack of accountability, a lack of simplicity and a lack of transparency.

Where failure is concerned, Gordon quoted some interesting statistics:


Gordon points out that these failures most likely stemmed from making basic mistakes, and the book, FAST, is essentially a distillation of what he learned from what causes businesses to fail and what enables them to succeed, be they multibillion-dollar businesses or small businesses, and to avoid the negative impact of failure. He wrote the book essentially as a way to create a legacy for himself, by creating a way by which others can achieve results and success more than he could by either helping them out or giving seminars

Gordon remarks that he can explain things in a way that people can easily understand, thus making the lessons within his book understandable and actionable. As an example, he mentioned that he brought up the case of a USD 50B utility company that wanted to reduce expenses at a talk he conducted in Morocco, and he was able to break down the problem, which was related with system testing, so that members of the audience who had no background in system testing were able to easily home in on the best way for that company to reduce expenses. He keeps his explanation simple and understandable because he wants to give his readers as much information and tools as possible so they can get whatever job they are working on done.

Where success is concerned, the four components that Gordon espouses are:

F - Focus: what are you trying to do?
A - Accountability: who is going to do the work?
S - Simplicity: how are we going to approach the work?
T - Transparency: “how far;” honesty in how well one is doing, and the visibility of the work involved. 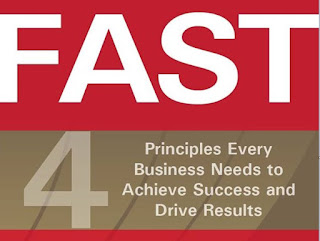 Gordon also gave further explanation on terms that are often confused with each other
Simple and easy. Gordon gave an analogy from boxing, in that, if he went up against Manny Pacquiao, his simple plan would be to rush over to where Manny Pacquiao was, once the bell was rung, and then knock him out with one punch. Chances are, however, such a plan would not be easy to accomplish.

Effectiveness and efficiency. Gordon gave the analogy of a car stuck in mud, with the driver running the engine and the wheels so that the latter spin quickly. The car delivers the power to the wheels efficiently, enough that the wheels spin quickly, but the effectiveness of the action is questionable, as the car is unlikely to get out of the mud and moving forward, which is a measure of how effective a car is.

Accountability and responsibility. Gordon gave the analogy of a soccer team, wherein the manager is accountable for the team’s performance, which includes hiring the people he needs and calling the plays to be run, while the players are responsible for the actual plays that will be executed.

Gordon’s favorite success story was when he dealt with an entrepreneur whose business was making USD 20,000 a month. Gordon was brought in to enable that company to generate double that amount. He noted that the company didn’t know how much profit they were making, and that, if they doubled their revenue, they could also be doubling their losses. He also noted that, if the company were making only 5% profit, this would be a net income of USD 1,000 a month, which is equivalent to that of a basic job in the United States, whereas if, by properly selecting the components of their product, they generated 50% profit they would have a net income of USD 10,000 a month, which would be more along the lines of what a business should make. Although, after all was said and done, revenues initially dropped to USD 15,000 a month , the company was making 50% profit, or USD 7,500 a month, which was a decent number for a business. 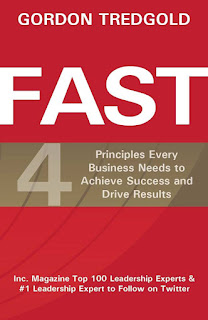 Although Gordon admits it would be nice to make money out of selling a million copies of his book, his intention is more aligned with his desire to create a legacy for himself by reducing the rate of failure in business, as he believes that a more successful world is a better world to live in. He is also presently working on two follow-up books to FAST, which he’s initially calling FASTER and FASTEST, both of which focus more on people, as well as a version of FAST which is aimed specifically at entrepreneurs.

Gordon is an avowed rugby fan, as he used to play it in his younger days. He hates routine or mundane activities that he’s not allowed to improve upon, and hopes to become the CEO of a major corporation where he can efficiently apply all the techniques and lessons he has learned in the past three decades, or to become the manager of a football team.

Gordon Tredgold’s website for his book, FAST: 4 Principles Every Business Needs to Achieve Success and Drive Results, is gordontregold.com.

Purchase on Amazon:  FAST: 4 Principles Every Business Needs to Achieve Success and Drive Results
Posted by alvinwriters at 7:05 AM