John Hart on His Novel, The Unwilling

In this interview, John Hart talks to Alexander “The Engineer” Lim, host of AuthorStory by alvinwriter.com, about his novel, The Unwilling.


“The finest writers out there are still honing their craft.” ~John Hart 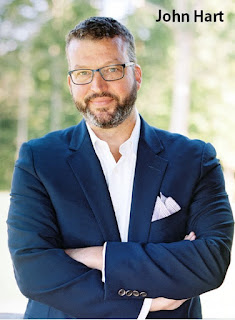 John Hart was 40 when his first novel came out, which makes him a late bloomer. That said, his first published novel was the result of decades of honing his writing craft (during which time he wrote out two “unpublishable” novels). Much as he wanted to become an author and a writer, he didn’t want to “leave things to chance,” which was why he went to graduate school twice (accounting and law; he wrote his unpublished novels during these times). As a criminal defense attorney, he “rubbed up” against “a lot of bad guys,” which meant that he got a good idea of how criminals acted and behaved, and it was when he was slated to defend a child rapist that he decided to focus on writing.
It took John four years to get his first novel, The King of Lies, was published, which was “a quiet and lonesome affair,” as there was nobody around to tell him how to the process worked. Rejections, he note, are part of the process and part of the path for all published writers, and one of the things he needed to accept were the number of naysayers who were against his writing - naysayers who seemed to take his ambition personally and negatively. This reaction, John believes, is due to people giving up dreams of their own and who, when they meet up someone who is working on his dream, feel insecure about giving up their own dreams.
Where the craft of writing is concerned, John remarks that there is a learning curve involved and that nothing beats actually being at the keyboard and writing things out. He notes that writers have to be critical about their work, and that finding a “beta test reader” who has the sensibility and the critical eye necessary to enable the story to succeed is extremely important to a writer’s success. John also notes that a writer’s “mental space” is also important, as there needs to be a balance between honest feedback and feedback from insecure people. Writer egos also come into play here, with John giving an example of a would-be writer friend who asked him to critique a short passage. John spent hours going over it and critiquing it, and his friend’s angry response resulted in their not speaking for nearly a decade. By contrast, when John spoke with author Patricia Cornwell, who has been publishing popular novels since 1990, he found her to be humble enough to recognize that she still has a lot to learn.
John admits that he has to be “aware of the marketplace,” and that he is wary about following trends, such as the trend which followed Dan Brown’s The Da Vinci Code. That said, he notes that a writer needs to be passionate about the people and the world that he is creating, as a writer could be involved with that particular story for one to two years, thinking and working on it even in what appears to be their leisure time. Writing purely to please another person, he notes, makes an author “ten steps behind, right out of the gate,” but an author also needs to know enough of his audience with his presentation, with John giving the example of toning down the profanity in his books to cater to this.
A writer needs to love, in some way, “even the most despicable character ever written” in his story, particularly since he focuses on making his stories character driven. That said, John’s style of writing and development is “organic,” rather than using notes and outlines, going for “what feels real” and what would motivate the characters. He notes that people are already set in who they are by the time they are adults, even if they aren’t aware of it, and he goes into making the reader understand what the character is all about, even if the character, himself, doesn’t understand what he is all about. One of the things John has also learned is to allow readers to fill in the blanks, rather than write out every last detail of who and what a character is.
The Unwilling might take place in the past, but John notes that all of his books have some element of family relationships and drama, as just about everyone has had experience with family relationships. He notes that a lot of people said that his books start out slowly and build up to the end, and John remarks that this is because he wants the reader to spend time with the characters, so they know who they are dealing with. That said, John makes sure to give the reader a tradeoff for their patience, by planting some compelling questions that make the reader wonder about the situation and the characters involved, and then gives some examples of this. 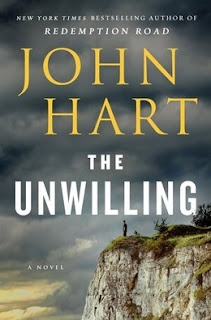 “Part of the job is putting false modesty aside,” John remarks, noting that he doesn’t mind telling people what he does. He notes that a lot of writers are actually introverts, and he credits his publisher, at the early part of his career, with helping build his reputation as a “literary thriller” writer. For John, “literary” refers to details related to other than plot - characterization, for one thing. He attributes his use of language to enabling a reader to emotionally respond to a situation beyond that which a scene or a character would warrant, particularly with the kind of scenes which would make a reader want to put the book down and wonder. He credits this style of his to his wife, as she prefers a literary style, and John needed to get her buy-in to start his career as a writer to begin with, as he was quitting being an attorney to do so.
Where the writing industry is concerned, John notes that the writing business is a “hard” and a “cold” one, but it is also a vibrant one which needs new voices, as it is a constantly evolving business. He believes that new, young talent need to bring their voices in, and likewise believes that these should be encouraged.
Purchase from Amazon: The Unwilling by John Hart
Posted by alvinwriters at 1:56 AM