Alexandra Bracken on the Writing of Lore

In this interview, Alexandra Bracken talks to Alexander “The Engineer” Lim, host of AuthorStory by alvinwriter.com, about her novel, Lore.


“Writing is one of those things where, to improve, you have to put the mileage into it.” ~Alexandra Bracken 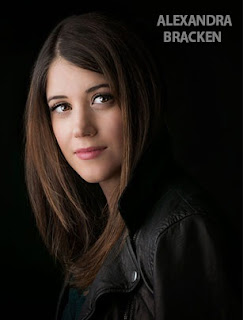 Alexandra was always interested in storytelling as a child, and this was something she knew she wanted to do even then. While double-majoring in college, she decided to join a month-long writing competition intended to enable participants to create a novel within a month’s time, and while she did succeed, that novel wasn’t published. Her first novel went out of print because the publisher closed shop, and as the rights then reverted to her, Alex recently (as of this interview) reprinted the story as a graphic novel.

Alex noted that, in the United States, there has been a “steep learning curve” on social issues, and this has made her more aware of such issues when she writes her books, with her taking such steps as having readers check to see how authentic her characters are. She notes, as well, that this was parallel to her growth as a person, adding that there is always something more to learn when writing, saying that: “There is always something to learn and try out.” Alex remarks that “different stories present different challenges,” which, for her, means that a writer needs to start from scratch when writing out a story with a genre or style different from that which one has written before. To improve her craft, Alex reads craft books to see what more she can learn, particularly since, when she started out, she was an intuitive writer.

Alex remarks that feedback is important for a writer, but that this is varied, as each reader brings his or her own opinions and tastes into the review. She thus focuses more on professional reviews as well as those from other authors, so she can better her craft, and gave some examples of these. That said, she also accepts non-professional reviews which help her improve her craft.

Where trying to please everybody is concerned, Alex notes that: “You can drive yourself batty,” while also adding that she cares about how people read her books. That said, where writing a novel is concerned, it takes one to two years from the start of writing to getting published, so a writer needs to be passionate about the characters and the story to maintain such an engagement for such a long time.

Alex notes that, for young adult readers, character-driven stories are important, as this audience loves emotional stories where they can connect with the characters, which helps the story resonate with them. She likes writing for young adults because the latter live at a time in their lives where a lot of things are “high stakes,” and where young adults experience such “firsts” such as first love and first taste of freedom, particularly since they are finding out who they are and what they want to be. 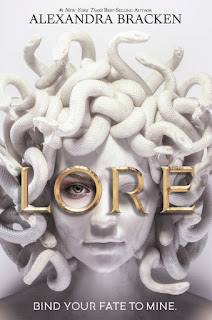 Where creating ideas for stories is concerned, Alex figuratively cooks these in a “stew pot” and then picks up a story from there, giving the example of Lore springing from her reading Greek mythology as a child. She keeps what she calls a “wish list” of the kinds of stories she wants to write, with one of these being competition. Lore thus sprang from a combination of her exposure to Greek myths and her desire to write a story about competition.

Although Lore is based on Greek mythology, Alex has also included themes of the importance of confronting one’s personal past, and the past in general, to move on to a better future. Another theme of the book is the pursuit of power, and the possible tradeoffs from doing so.

To other writers, Alex remarks that practicing is a good way to grow one’s craft, and for them to find stories that they could write in “their own, unique way.”