Ann Druyan on COSMOS: Possible Worlds & Her Hope for the Future

In this interview, Ann Druyan talks to Alexander “The Engineer” Lim, host of AuthorStory by alvinwriter.com, about her book and the associated TV series, Cosmos: Possible Worlds.


“It matters what’s true. Nature will not be deceived.” ~Ann Druyan 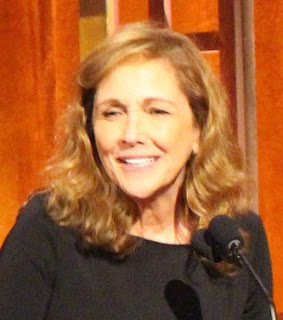 Ann had wanted to be a writer since childhood, with her parents introducing her to literature. Her interest in science was piqued by her exposure to pre-Socratic philosophers, who said that such observable phenomena as lightning and thunder is not because the gods were angry, but due rather to a rational, physical cause. Ann’s real push into science came when she met Carl Sagan, whom she regards as a great teacher, giving her a “20-year tutorial” on scientific matters.
Ann became the creative director of the Voyager 1 and Voyager 2 Golden Records because of her connection with Carl Sagan, who didn’t have the biases that were common in the 1970s, such as the great amount of sexism in scientific circles. Carl asked Ann to become the creative director of the project, which she took on willingly, calling it the intersection of science, culture and society. (The Golden Records have a projected shelf life of five billion years, and as of this interview, both probes might be outside the realm of the solar wind, but they are not yet in the region of the Oort cloud, which is recognized as the boundaries of the sun’s gravitational influence.) The records are designed to run at 16⅔ rpm, and a great deal of debate, within the team involved what and what not to include. The records also represent an inclusion of cultures all over the world, which Ann remarks as being the beginning of “world music.”
Cosmos: A Personal Voyage was the first time Ann and her co-writers did anything like writing a TV series, and she admits that it was like “jumping off the deep end.” She remarks that everyone went along with what their instincts and brains told them to do, and that the information in the TV series was, just like science, designed to be accessible to the common person. Ann noted that large, expensive scientific projects were paid for by taxpayers, and that the insights and discoveries made needed to be made accessible to the ordinary person. Ann also remarked that Carl Sagan would do such things as go to naturalization ceremonies and go to schools to encourage people with their work and their lives, as part of his own belief in the common person. 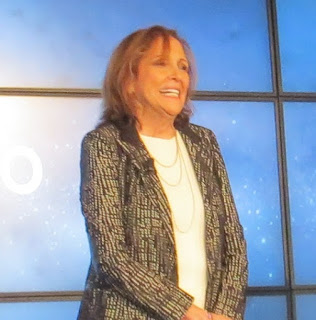 Ann and Carl were driven to write the novel Contact in part in reaction to the sexism prevalent among the scientists of the 1970s, wanting to create an odyssey where a woman goes on the journey. Another aspect was Carl’s irritation with the average science fiction movie, as these were greatly ignorant of scientific and physical reality. “For him, great art had to have some truth,” Ann remarks, and this was why the science was right in Contact.“ She also adds that, to this day, female scientists get in touch with her, telling her that Contact was a big inspiration for them getting into science.
Where the present trend of private companies being involved in space exploration is concerned, Ann believes that having “the super-rich” lead the way to the stars is “a step back.” She notes that, while she was in conflict with a lot of the policies of the American government at the time she was involved with the Voyager missions, she could look back with pride at the work she had done. Having private companies lead exploration, in her opinion, is essentially a return “to the 18th century,” as the motives for private-company exploration would be different from those funded by a government.
Ann remarks that Cosmos: Possible Worlds is a vision of what is attainable, should we humans “get our act together.” As a way to set the argument for that possible future, Ann wanted to include life stories that lay the foundation for that such future. She remarks that a lot of views on the future are pessimistic, and that telling the stories of people (such as Russian botanist Nikolai Vavilov) who are not as well known as such scientific luminaries as Galileo, yet who have had an impact on human understanding, who persevered through some very dramatic times in their lives, is important to creating the vision for the future she noted. “These are heroes who have never committed an act of violence,” Ann notes, “but they are willing to put their lives on the line so that we, people who live in the future, could understand nature better and be better equipped to flourish.” Giving these people their due is one of Ann’s objectives, remarking that: “Science offers redemptive powers to us, that we have hardly used, that can undo seemingly intractable problems.” Ann notes that truth-telling, as well as scientists, have “taken a beating” under the present political environment, and that, after reading the book, a reader will be scientifically literate and thus able to tell when they are being deceived.
“It is the intention to entertain and to excite the audience,” Ann adds about the entire Cosmos series, adding that 987 people, in total, worked on the Cosmos: Possible Worlds series over the past three years to bring it to reality. “It was a joy to work with all of them,” she enthuses. “If I don’t understand it,” Ann adds, where translating scientific principles to make these understandable to the average person are concerned, “then I can assume that people who are just like me will not, either,” adding that she prides herself on finding stories that move, inspire and enlighten. 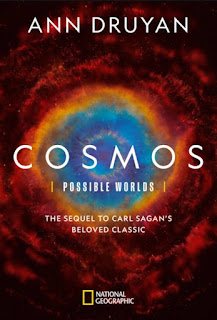 Ann has also been involved, at a high level, in such activities as serving as a program director for the first solar sail deep space mission, providing pediatric care for disadvantaged children, and preserving the environment. Doing so, she remarks, is easy because: “When you love what you do, and what you do is meaningful, it gives you so much energy and appetite for more work.” Ann adds that she is also “lucky,” in that she has worked on those things that she believes in, also remarking that she has helped “tear down the walls” between science and the average person, noting that a democratic society entailed having people who are involved and aware.
Purchase from Amazon:
COSMOS: Possible Worlds by Ann Druyan
Posted by alvinwriters at 1:08 AM