In this interview, J. C. Cervantes talks to Alexander “The Engineer” Lim, host of AuthorStory by alvinwriter.com, about her book, The Shadow Crosser, book 3 of the Storm Runner Series. 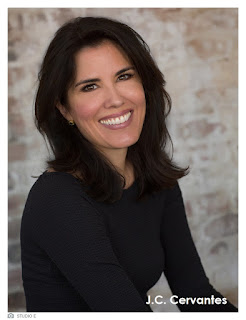 J.C. never did really think specifically about becoming an author, and the seed of this began when she wrote out a story for her youngest daughter. From then, she expanded on the story, and after several pages of writing, she realized that she seemed to be writing a book. She has been “heavily influenced” by such authors as C.S. Lewis and Sharon Creed, as well as by poets such as Mary Oliver. She admits that some of the books she read has had a strong influence on the language she uses when she writes.
The Storm Runner trilogy centers around a 13-year-old boy named Zane Obispo who, while being homeschooled, finds that he is destined to release the Mayan god of Death, who just happens to be imprisoned in the volcano in Zane’s back yard. Zane is an intelligent young man who longs to have friends, and over the course of the books he learns about loyalty, courage, friendship and family are all about. Another character, Brooks, has her own concerns, as she is a shapeshifter who can only shapeshift into a hawk, whereas other shapeshifters can change into just about any shape they want.
J.C. used Mayan mythology because she had been immersed, since childhood, in Mesoamerican mythologies, as her grandmother told her stories of these. She became fascinated with such mythologies from such exposure, and learned during high school that there was just about nothing to be found on these, when she attempted to read more about these. J.C. notes that creating a “continuous narrative” for such mythologies is difficult, due to the Spanish suppressing (and destroying) records of these, so what is presently known came from the work of archaeologists who investigated the Mesoamerican cultures. She notes that a lot of books about these cultures are essentially biased, as the information that is written down is filtered through the author’s own cultural and personal biases. J.C. was surprised to discover the ideas of gender fluidity, as the gods concerned changed genders as needed, and that the Mayans were advanced for their time, when it came to mathematics, their language system and astronomical systems were. She notes that nobody today knows anything about the original myths and histories, as the only things left to base our knowledge on are essentially four incomplete codices. (Mayan glyphs related to numbers and astronomy had been decoded as early as the late 19th and early 20th centuries, but translating these glyphs only well and truly began in the 1970s.) J.C. also remarks that a lot of the ancient cultures which weren’t in contact with each other had such commonalities as gods of war, of the sea, of death and of the sky, which indicates that we, as humans, are wired to understand our origins through storytelling and mythology.
Where storytelling is concerned, J.C. wants her characters to grow organically, to the point of saying things that surprise her; and she admits she wants to be surprised, as this keeps her from “being bored.” That said, the characters stay to the core of what they are, such as consistently liking chocolate. Where structure is concerned, J.C. has learned to outline, as she tended to write herself into corners. She always starts off with the opening and ending scenes and then filling out the middle, which include four “pinch points.” J.C. admits that writing out action scenes are the most challenging for her, due to the need to write about physical movement in detail. Conversely, it’s creating the settings that are the easiest for her, to the point that she needs to “hold back.” 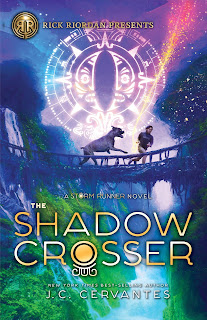 Irvin Rodriguez does the artwork for the trilogy, and J.C. admits that the illustrations capture the essence of each book. An entire team actually works on each book, and the illustrator and editors are the ones who work together. The editor works closely with J.C. for the initial “sketches” for the story, and the details are filled out as the book is written out.
For would-be writers, J.C. notes that people read books in their own, individual way. She notes that she makes plot outlines for the books that interest her, and goes into details about the scenes she likes, as doing so enables her to somewhat imitate what they did until she can do it using her own style. She also recommends that would-be writers need to be widely read. “Read romance if you want to learn about character development,” she suggests. “Read fantasy if you want world building. Read action adventure to learn about pacing.”
J.C. is presently working on a quadrilogy as well as a romantic comedy.
Purchase from Amazon:
The Shadow Crosser, 3rd book of the Storm Runner series by J.C. Cervantes

Posted by alvinwriters at 3:12 AM