In this interview, Carolyn Wilman talks to Alexander “The Engineer” Lim, host of AuthorStory by alvinwriter.com, about her editing and publishing Helene Hadsell’s books, The Name It & Claim It Game: WINeuvers for WISHcraft and In Contact With Other Realms: An Adventurer's Experiences in Awareness.


“There is no failure, only a delay in results.” ~Helene Hadsell
“Always listen to your inner voice, even if it seems illogical.” ~Carolyn Wilman 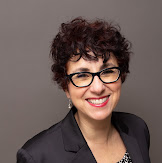 Carolyn feels honored to be publishing Helene’s works, as Helene spoke to her through these. Carolyn notes that Helene was friends with such people as Jose Silva and Dr. Joseph Murphy, doing a lot of things in the seventies which people are now doing, such as health and visualization methods. Helene was a housewife who didn’t work outside the home until her spiritual guides pushed her to attend seminars by Jose Silva, ending up, in the end, as his assistant and PR person, performing such duties as arranging trips to different cities. It was through this experience that Helene learned how to envision what she wanted and then get it. 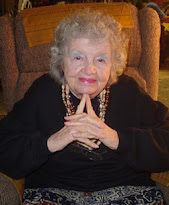 Carolyn had met Helene Hadsell for four days in 2008, and the latter then told her to teach Helene’s classes, as Carolyn was apparently the one best suited to do so. Carolyn, however, didn’t do anything about it until 2019, when Carolyn got in touch with Helene’s son, Dike (Helene had passed away in 2010). Carolyn then told him that his mother’s messages needed to be passed on, as these would be lost once Dike, himself, passed on (Dike is now in his seventies), and Dike agreed, which is why Carolyn is now publishing all four of Helene’s books. The Name It and Claim It Game is the first of these, while Contact with Other Realms is the second, and Carolyn has modernized it as well as included some of the notes that Helene had kept on adding to these until the day she died.
Carolyn remarked that she had used what she had learned from Helene to win prizes on her own, and noticed that, when she was depressed from a divorce, she didn’t win prizes. This is due, she believes, to her needing to be in an energized, happy state to do so. Carolyn notes that she and Helene seemed to resonate with each other, particularly since Helene used levity all throughout her life. 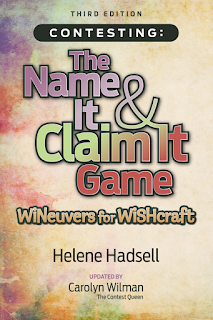 Carolyn remarks that Helene won a lot of the contests she entered, thanks to the mindset she had. Helene’s mindset was that of: “You’ll see it when you believe it,” and Carolyn mentioned a story of a woman who didn’t see herself winning, as well as another story of Helene wanting something very specific, which she then got. That said, Helene was into other things, such as overcoming her fear using the techniques she had learned. She was also in the New Thought Movement which, today, is called New Age / Positive Thinking, and while Helene wasn’t the only person involved with this, Carolyn remarks that so many different people are necessary because different teachers resonate with different people. 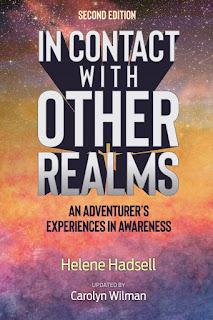 Carolyn notes that Contact with Other Realms is the book that Helene (and her spirit guides) really wanted to write, as she could talk to spirit guides, but she wrote The Name It and Claim It Game to get people used to the idea of using their mind - visualization - to get things; and what more better way to make people more open to changing their thoughts and using their intuition, than by showing how to win prizes in contests? That said, Carolyn says that one needs to attract love to win prizes, which is aligned with her needing to be in a higher state of vibration to win things.
Carolyn mentioned how Helene watched her grandfather’s passing at a young age as an example of how she could see into the spiritual realm, which is the first story in Contact with Other Realms. Helene also refers to her spiritual contacts as “guides” rather than angels, and wanted to impart that everyone can communicate with spiritual guides; and Carolyn remarks that she does this, herself.
Purchase from Amazon:
The Name It & Claim It Game: WINeuvers for WISHcraft
and
In Contact With Other Realms: An Adventurer's Experiences in Awareness
Posted by alvinwriters at 3:52 AM