Brian Deer: The Doctor Who Fooled the World: Science, Deception and the War on Vaccines

In this interview, Brian Deer talks to Alexander “The Engineer” Lim, host of AuthorStory by alvinwriter.com, about his book, The Doctor Who Fooled the World: Science, Deception and the War on Vaccines.


“The science needs to be separated from the politics.” ~Brian Deer 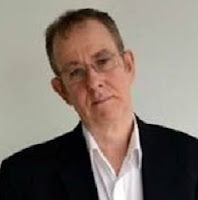 Brian has investigated three vaccines to date: a diphtheria test which caused controversy in the 1970s and 1980s, which took a year; AIDSVax, which was a failed AIDS vaccine; and the MMR (measles, mumps, rubella) vaccine, with the latter being the basis for the anti-vaxxer controversy which is presently sweeping the world. He also investigated oral contraceptive fraud in Australia in the 1980s and also investigated other drugs. The Doctor Who Fooled the World is a different kind of investigation, as the focus of this book is on an individual who essentially kicked off the anti-vaxxer movement, rather than a drug itself.

Brian never did think that he would eventually get the time to become an investigative reporter. “It’s extremely hard work,” he notes, “especially if you’re working in a field like science,” adding that he needs to understand, as much as possible, what is being talked about. Investigative reporting, he points out, is different from standard science journalism, which is essentially advertising for new scientific ideas, machines and concepts. Investigative journalism is presently facing challenges, as the money that would have gone into it from advertising is now being funneled to online platforms such as Google. Brian adds that it took him four months of research before he wrote out a story, and additional challenges come in the form of cultivating contacts and obtaining documents to support his story. This is because investigative journalism entails making public something which someone doesn’t want made public, and as that person could very well wind up suing an investigative journalist, it behooves the latter to have all of his documentation supporting his claims, to support his case. Brian notes that he has already been sued twice by the personality in the middle of The Doctor Who Fooled the World and is hearing rumors of a third suit against him by that same person. Brian also adds that research for his book took two years, as all of what he wrote had to be evidenced, which meant that he had to create an index of thousands of .pdf files for fact checking.

Brian remarks that he’s not an advocate for vaccination, and that his purpose is to question the knowledge available. While he isn’t a medical professional, he notes that the basics of vaccination is essentially that a weakened version of an infectious agent is injected into the body, so that the body’s immune system can overcome that infectious agent - such as a virus - when the full-strength thing hits. He notes that vaccinations have been successful against such diseases as diphtheria and polio, which used to be prevalent and worrying for parents in the past, but which are not presently large concerns for parents today.

Where Andrew Wakefield is concerned, Brian remarks that he was a research academic at a London medical school who, in 1998, published a paper in The Lancet, a peer-reviewed medical journal, on a five-page, 4,000-word study, conducted on twelve children, which indicated that, in two-thirds of those cases, their child had been developing normally but then began exhibiting autism within two weeks of receiving an MMR vaccination shot. Wakefield then claimed to find a link between taking the vaccine and autism, and then had the government suspend the vaccine. Brian noted that, even in medical studies, twelve children is a small sample, but that there was a possibility that the doctors at the hospital had come upon something that others had missed. 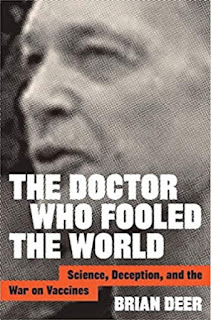 Brian originally didn’t want to get involved in “another vaccine investigation,” given all the various fields and disciplines that were involved, but he got involved again when, in 2003, he was assigned to look into the matter, as outbreaks of diseases which hadn’t been seen in years were taking place. (By then, Wakefield was exporting the parents’ fear of their children taking vaccines to the United States, according to him.) After talking with the parents involved, however, Brian said he discovered that the children involved in the study weren’t the kind of statistically random participants that scientific studies should be based on. This meant for him that the parents were far more likely to complain about the effects of a vaccination than the average, randomly determined parent. Brian then came upon other aspects of the study and Wakefield’s subsequent actions which led to Wakefield being essentially tried by the British medical board for over 200 days.

Brian points to outbreaks of measles which took place in 2019 as being due to the lack of vaccination. He also remarks that he was in an area where children died from measles because they hadn’t been vaccinated. Brain also points out that autism isn’t caused by taking a vaccine, and notes that an “adult” debate - one free of personal bias - still needs to be conducted on the pros and cons of vaccination, with both sides need to be taken into account, particularly with fast-tracked vaccines like those being developed for the Covid-19 virus.

The Doctor Who Fooled the World: Science, Deception and the War on Vaccines by Brian Deer