In this interview, Neal Grace talks to Alexander “The Engineer” Lim, host of AuthorStory by alvinwriter.com, about his book, FRESH EYES UPON THE WORLD: Making Life a Spectacular Journey.

“Be bold, be adventurous. Be willing to take a risk.” ~Neal Grace 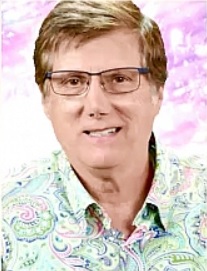 A lot of things that Neal observed going on in the world didn’t resonate with him after graduating high school, and it was because he wanted to discover who he was and how to fit into the world that he embarked on the lifelong journey that he did, along a path deemed unconventional at that time. His drive led him to want to explore different environments and cultures, and as he did so, he gained opportunities to learn about himself and about life. He acknowledges that this path was both “scintillating and exciting,” as well as spontaneous, occasionally dramatic, lonely and difficult, as he didn’t find a place that he could call “home” for a long time.

Neal liked reading books to learn about the world, and also loved poetry “that made a statement” about life in a tangible and vivid way. Writing poetry, for him, became a way to reflect on his own life, on his perceptions of the world or about some aspect of himself, as well as a way to enrich himself spiritually and intellectually. He also likes music, theater and dance as well as other forms of creative expression because, to him, creativity is “the soul yearning for a discovery of itself, and for an opportunity to interact and dance with the world in magical and mystical ways.” Exploring creativity, Neal remarks, “is a journey into a higher realm,” as well as a journey that takes him back to the “raw reality” of daily life. “Creativity,” he notes, “is a way of playing with the world in such a way that you reinvent yourself with the world.”

Neal notes that everyone is on a spiritual journey, as they are all evolving from the day they are born to the day they die. He describes his own journey as an adventure, where every experience was a learning opportunity that enabled him to get closer with himself. Neal admits that material benefits were secondary to his journey, as he didn’t subscribe to the orthodox lifestyle his peers followed. He opines that all great philosophers need to “step aside” at some point in their lives and travel a “pathless” world to get in touch with their own strengths and weaknesses, and that everyone should figure out how to “reap some great rewards” from life’s experiences.

Neal remarks that, the more sensitive one is, the more one would find it difficult to resonate with society as we know it, as the latter is fractured; indeed, he analogizes it to everyone being in an “insane asylum” where everyone needs to deal with everyone else. In this challenging environment, being creative and resourceful is vital to meeting the inevitable obstacles and detours that one would follow, Neal muses.

Neal notes that there is nothing wrong with working on the “mundane aspects of life” and living a materially orthodox life, and he has proven this in his own life, as he has made money for himself to enjoy the material comforts of life without sacrificing his own integrity and creativity. His outlook on material affluence is to acquire this in a healthy, balanced way, so he can create serenity and stability for himself. Neal notes that the desire for material wealth gets unbalanced when one places one’s “toxicity” on this, by either condemning or becoming obsessed with it, as well as becoming prisoners of it, and that if the desire for material wealth is done in a beneficial way, then this “becomes a good thing.” The toxicity, he notes, comes when people bring their unresolved past issues into the present, and occurs because one brings one’s own disposition, be it disempowered or powered, caring or fearful, into every moment of one’s life.

Fresh Eyes Upon the World, Neal notes, “started when I was born,” as it is a compilation of the lessons he has learned in his life. The purpose of his book is to inspire people to have an uplifting and meaningful life for themselves, in reaction to all the suffering, struggle and malevolence he sees in the world. Its intention is also to promote wellness and to heal all the wounds we all have, as well as the wounds in the world at large, be it environmental or societical, and Neal’s own goal is to create a world of understanding, more than anything else. 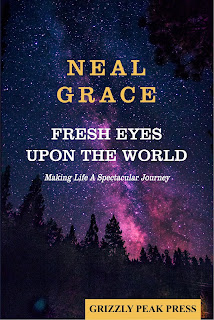 The questions in the book, Neal notes, are ones which people reflect on at some point in their lives, and he believes these are asked unconsciously. Neal opines that the most important question that is asked is: “How can I be happy / fulfilled / at peace with the conditions of the world or my own personal life?” The answers that Neal gives are based on his experience, logic and what he learned, and are simple when distilled down to their essence. He notes that the answers are clear and can be incorporated into one’s life, but he also remarks that people might be asking the right questions and getting the answers, but not taking the next, necessary step by doing something in relationship with the question they asked, to transform and heal the issue that the question springs from. Neal notes that taking that action opens up new doors and new questions, and that delving into the question honestly and objectively is what produces viable results. He remarks that one of the reasons why people don’t apply what they know to do to get off feeding unhealthy habits is because they are “wedded” to these, and that it takes a great deal of resolve, commitment and energy to get clear from such habits, as well as a love of self beyond one’s ego.

Purchase from Amazon: FRESH EYES UPON THE WORLD: Making Life a Spectacular Journey by Neal Grace

Posted by alvinwriters at 6:26 PM