Howard M. Wasserman on His Infield Fly Rule Is in Effect Book for Baseball Fans and Lawyers

In this interview, Howard M. Wasserman talks to Alexander “The Engineer” Lim, host of AuthorStory by alvinwriter.com, about his book, Infield Fly Rule Is in Effect: The History and Strategy of Baseball's Most (In)Famous Rule. 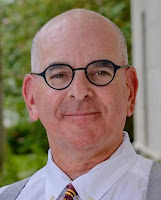 Howard has always been a big baseball fan and has had a fascination with the rules of baseball and with the infield fly rule in particular. Howard’s interest in the infield fly rule was sparked during the National League Wild Card Game in 2012, when the calling of the rule proved to be controversial. For Howard, this was one example of how sports could be used as an analogy for legal rules and principles, and he notes that judges and lawyers use sports analogies in the course of their work. Baseball, Howard notes, is a game where there is a rule present for just about everything that happens, as well as the game being slow enough for people to see what happens and why the rule should or shouldn’t be applied. He also notes that a British lawyer would likely use a soccer analogy rather than a baseball analogy, as that sport is more popular in Great Britain.

Howard explains that the infield fly rule was created originally, in the 1890s, with sportsmanship in mind and was created for a particular situation, where there are runners already present on at least first and second bases, a fly ball his hit and the infielder who could catch it doesn’t need to exert any particular effort to catch it, such as running a long distance in order to get the ball. The infield fly rule states that, whether or not the fly ball is so caught by the infielder, it is treated as already having been caught by that infielder, which would mean that the batter would be called out. The purpose of the rule is to prevent the defensive team from getting what would essentially be easy outs of multiple runners on bases, as if the ball isn’t caught, deliberately or otherwise, the defending team’s infielder could easily pick the ball up and throw it to his teammates, who can then take out two or three of the offensive team’s runners, since the runners will be forced to advance to the next base if the batter does advance to first base. 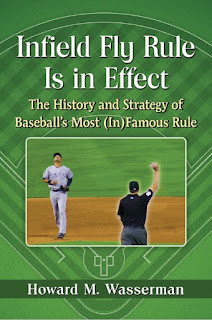 The genesis of the book came about during the aforementioned 2012 game, after which Howard then researched into the infield fly rule to see why its existence can be justified, which included an exploration of the exact situation when the rule should be applied. He remarks that there is some misunderstanding about when the infield fly rule should be invoked, noting that, in some cases, this was invoked when an outfielder caught the ball or, as in the case of the 2012 wild card game, the infielder was already in the outfield when the ball was in flight. He remarks that the call in the 2012 game sprang from the interpretation of the rule, where the situation fit the text of the rule but didn’t fit the situation that existed at the time, based on the original purpose of the rule - something which, is also present in the practice of law. That said, Howard notes that deception has always been part and parcel of what baseball is about, but the infield fly rule is thus intended to neutralize the defending team’s ability to create a play which has only benefits to them, and which has only costs for the offensive team.

The infield fly rule is well-known because it is a named rule, and Howard remarks that the nearest parallel rule in another sport is the offside rule in soccer. He also remarks that one of the fascinations of baseball for lawyers and judges is that law can be explored through the rules that rule baseball, as the study of law is essentially the study of rules, and that the rules society runs by are, just as in sports, intended to enable things to run smoothly.

Purchase from Amazon: Infield Fly Rule Is in Effect: The History and Strategy of Baseball's Most (In)Famous Rule by Howard M. Wasserman

Posted by alvinwriters at 3:58 PM