In this interview, Dr. Bruce Olav Solheim talks to Alexander “The Engineer” Lim, host of AuthorStory by alvinwriter.com, about his book, Timeless: A Paranormal Personal History. 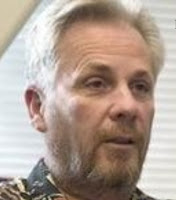 Bruce comes from a family which came from an environment where the paranormal was accepted as a matter of course. His mother was psychic, and he, himself, has been experiencing paranormal events since the age of four, when he was healed from a serious illness after seeing a being which his mother later called his guardian angel. He has generally kept these events to himself and amongst his friends, as he was concerned about how others would perceive his stories, particularly as he was in the academe. He was, however, prompted to write Timeless after he received a vision after a friend had died of cancer and thus did so. Much to his surprise, the reactions to his book have been very positive, and a of people, when they learn that he is the writer of such a book, are willing to share their own paranormal experiences with him.

Paranormal experiences, Bruce notes, have been experienced around the world, and he notes that the fear of death and dying is not really a concern, as we continue on beyond our body’s death, which does make us all, essentially, timeless. He admits that mainstream science is resistant to paranormal research, and that funding is difficult to get for paranormal researchers, which limits the activities they can do. Bruce recommends looking up Dr. Dean Radin, who is the senior scientist at the Institute of Noetic Sciences (IONS), an institute co-founded by former astronaut Edgar Mitchell, which conducts paranormal research. While the evidence seems to indicate that paranormal activity is real - such as the discovery that a different part of the brains of mediums becomes active when they get in touch with spirits - Bruce points out that the actual manifestations in the real world are more subtle than as is presented in movies, albeit no less profound. That said, Bruce admits that it is difficult for someone to believe in such phenomena until they’ve actually experienced it.

Bruce admits that he has had several good-aligned paranormal experiences, which is aligned with his own personal religious beliefs and which leads him to the conclusion and realization that different people have different levels of psychic strength; and so long as these are used for good purposes, that’s fine. That said, Bruce has also had some demonic experiences, with the scariest one being when he created a raw clay demon’s head at the age of twenty with the intention to scare someone who seemed to be in the demonic. He advises those exploring the paranormal to go by what they feel; for example, if they feel uncomfortable or fearful, there is likely to be a negative paranormal energy present. Bruce notes that demonic presences only have the power that one gives to them, and that they can be turned off “like an old radio” by such means as saying a prayer. 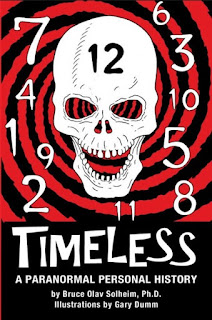 There are two main categories of ghosts, or physical apparitions, according to Bruce. One kind is a residual ghost or haunting, which he describes as being akin to a “tape loop,” and he gave the example of Mrs. Colby, the founder of the college in one of whose buildings he was spending the night in as being of this. The other kind is an interactive, intelligent ghost or haunting, and this can take the form of communicating with the spirits of those who have passed on. Bruce then mentions that the communication with these takes several forms, such as visual imagery or handwriting, and also mentioned that he has had some experiences with more malevolent beings, such as the one he had encountered with some ghost hunters the night prior to the interview.

The biggest thing Bruce has taken away from these is that people who have passed on strongly desire to speak with their loved ones on the physical plane, be it such general messages as “I love you” to “Check the oak box by the window.” He would also like people to know that we are both physical and spiritual beings and that, based on his own readings, the scientific quantum world is the realm of the paranormal. Bruce also mentioned a quote attributed to the German philosopher Arthur Schopenhauer, where the truth, when it first comes out, is ridiculed, after which it is then challenged before being regarded as self-evident, and that this is presently the case where the paranormal and mainstream thought are concerned.

Posted by alvinwriters at 3:23 AM