In this interview, Michael C. LeMay talks to Alexander “The Engineer” Lim, host of AuthorStory by alvinwriter.com, about his book, U.S. Immigration Policy, Ethnicity, and Religion in American History. 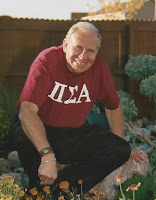 Michael has a bit of a personal stake in writing U.S. Immigration Policy, as he comes from a family of immigrants and noticed how interested his students were in immigration in the context of a minority setting, which led to his writing at least a dozen books on the topic.


The United States can exist without immigration, Michael notes, and he points out that, in the long run, immigration benefits the nation as a whole, as immigrants bring in new blood and new talent. Immigrants who enter the United States move out of their countries of origin because of economic reasons, such as a failed economy, religious oppression, natural disasters, pandemic outbreaks or failed agriculture, as was the case during the Irish Potato Famine of the 19th century. He also notes that the United States makes the most of what, in other nations, would be a brain drain, as highly trained professionals work in the United States because they can earn more there than they would in their native land, such as Irish nurses or Philippine medical doctors. A shift in national identity is also inevitable with immigration, and Michael speaks of the “browning” of America, pointing out the Miss America contestants and winners as an example.

Where Japan is concerned, Michael notes that immigration is tight because of their concern with cultural homogeneity.

He also notes that there are inevitable short-term concerns and tensions when immigrants enter, as the social and cultural balance is upset in the short term. The ones who would be most threatened by immigrants are those whose livelihoods might be affected by an influx of these, such as blue-collar, lower-skilled workers who would lose out to immigrants who would be willing to do the same kind of work they do for a lower pay level. 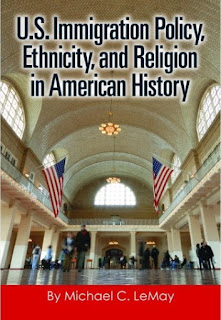 With regard to present issues, Michael notes that the creation of a southern border wall is a useless and unnecessary policy. He opines that guest worker programs can be put into place to regulate entry and that entry be allowed only at particular points. He also notes that electronic surveillance and vetting are important, and that immigration needs to be tied up to foreign policy; after all, he notes, if the economies of Central American countries like Mexico improve, people would stay there because they have good-paying jobs. Michael notes that foreign policy and immigration have always been intertwined, giving the examples of the Burlingham Treaty with China in the 1880s, followed by the Chinese Exclusion Act a few years later, as well as Theodore Roosevelt’s “Gentleman’s Agreement” with Japan, where Japan was economically pressured to control their emigration to the United States.

Immigrants have served with great distinction in the military during such conflicts as World Wars One and Two, Michael remarks, which helped them gain citizenship faster. In his opinion, immigration isn’t being viewed historically or holistically by the present administration, and that immigration concerns should be viewed in the long term, rather than just over the next few years. Michael also notes that immigrating into the United States requires the would-be immigrant to pass through stringent vetting procedures.

Posted by alvinwriters at 4:15 AM