In this interview, Joseph Rain talks to Alexander “The Engineer” Lim, host of AuthorStory by alvinwriter.com, about his book, The Unfinished Book About Who We Are? Book One: First Steps to Self-Discovery.

“All truth arises from within.” ~Joseph Rain 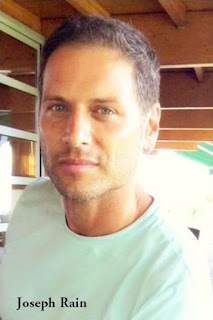 Joseph’s journey on his present quest to understand who we are as human beings began at the age of fifteen, when he experienced a very painful skin condition for which there was no cure. Doctors said that this was due to a reaction to some chemicals, but Joseph realized that his skin would react violently when he felt or did certain things. This made him realize that our human bodies react to all that we do, and after doing some research on the power of the mind, he realized it was the emotions which were running in the background. He notes that there are feelings which accompany that which we say, and that was what was happening to him.

Joseph didn’t start writing about his journey until he was twenty-eight, when his brother committed suicide due to depression after staying with Joseph for two years - years when the two brothers had several discussions about their experiences with life. Joseph couldn’t sleep properly for six months after that, and it was during that time when he began writing out his thoughts. It was years later when he realized that he was writing about what humans were, as he researched philosophy, science, spirituality and religion, and it was ten years ago when people suggested that he write a book on all that he had learned from his introspection.

Joseph has actually written five books, the first two of which explain already-existing concepts, the third and fourth of which go within oneself as a human being, and the fifth one is along the lines of a “how to” practical workbook.

Humans, according to Joseph, don’t really fully understand what words mean, which means that the nature of words, and what some of these mean, needs to be explained, basic though these may seem or are. He also realized that people pass on knowledge without understanding why. Words, unknown to us human beings, create our reality, and some of the examples he expounds on are are:


Animals have a different sense of reality from what humans have, Joseph notes, as they see and sense differently compared to humans. He also notes that the universe is just the way it is, once stripped of all the labels given to define its objects and perceived aspects.

There are four pillars to human knowledge and experience, according to Joseph:


All four of these pillars are intertwined amongst each other, and Joseph has searched for synergies amongst these. He notes that today’s education is all focused on intellect and data, and that there is a lot more out there where human experience is concerned, with emotional intelligence being neglected along with the spiritual. He points out that politicians may be intelligent, but they apparently lack emotional intelligence, given the way they operate. No culture has successfully integrated all four of these pillars, according to Joseph, but Joseph notes that there are some individuals who are attempting to do so, such as some gurus and people like philosopher and neuroscientist Sam Harris and psychologist Joseph Peterson. Such isn’t the mainstream at the moment, but Joseph believes that there is a shift that is starting to take place when these pillars will be integrated fully into everyday life.

A lot of the labels - words - which people presently use today to enable one group of people to stand out from others label concepts which weren’t around thousands of years ago, Joseph notes. Such concepts, in his opinion, will disappear once a society exists wherein people will combine the entirety of human experience to create a new society which is based on abundance and cooperation, rather than the separation that is the norm today. Distributing resources fairly becomes easier without all the separating mechanisms, according to him, and the basis for this separation is human ego, which came about from self-awareness. 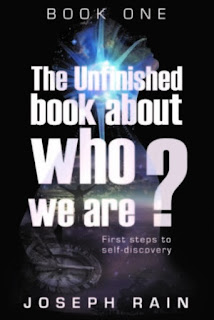 Technology, in Joseph’s terms, is a way for humans to become more efficient, and this should be combined with responsibility, and notes that we can take a cue from Nature, which teaches what is right and what is wrong. He also notes that everything about human beings is about establishing relationships with everyone and everything around us, explaining how he learned that what stands between oneself and one’s success is communication, which is necessary in all relationships.

It is Joseph’s hope that we humans, by recognizing who we are, unleash their own potential to lead personally fulfilling lives. He notes that one’s feelings and emotions are generated from within, and these create one’s reality. Joseph also points out that change is the only certainty in the world, and that such words as “ageing” are emotionally laden versions of this word. He also notes that change creates reality, and that when it is acute, it is called “transformation,” and based on this, he remarks that: “Ageing is inevitable, getting old is a choice and death is a transformation into the unknown.”

Purchase from Amazon: The Unfinished Book About Who We Are? Book One: First Steps to Self-Discovery by Joseph Rain

Posted by alvinwriters at 7:11 PM

Email ThisBlogThis!Share to TwitterShare to FacebookShare to Pinterest
Labels: alvinwriter.com, author interview, AuthorStory, being an author, books, Fulfillment, inspiring story, Joseph Rain, The Unfinished Book about Who We Are?: First Steps to Self-Discovery, writing inspiration