In this interview, Dr. Steven Curley talks to Alexander “The Engineer” Lim, host of AuthorStory by alvinwriter.com, about his book, In My Hands: Compelling Stories from a Surgeon and His Patients Fighting Cancer.

“There is no blood test for a positive attitude or an upbeat approach.” ~Dr. Steven Curley 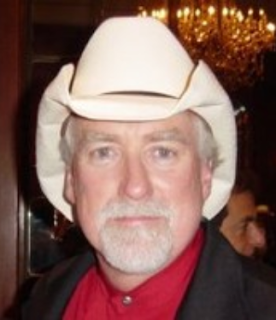 In My Hands is a collection of stories about Steven’s patients, with whom he interacted with in his capacity as a surgical oncologist. He would often share stories about his patients with those who were newly diagnosed with cancer to allay their fear and uncertainty, particularly with their concern about having someone to look after them when they are in pain or terminal. Although he was a conscientious note-taker, writing a book wasn’t Steven’s intention, but he finally got around to doing so after he was encouraged by his patients.

According to Steven, 38% of all Americans will be diagnosed with cancer at some time in their life, which means that the average American will inevitably know someone who will have cancer. He notes that a lot of progress has been done with treating some kinds of cancer, such as lymphoma and leukemia, while with other forms of cancer, such as pancreatic cancer, not much progress has been made over the years.

Steven admits that he has an advantage over some of his oncologist colleagues, as he is a surgical oncologist, which means he has a chance to actually physically remove a tumor, which increases the patient’s chance of survival. He notes that, as a surgical oncologist, he follows his patients for life, because the cancer can recur and he wants to get rid of it if it does. This means that he creates years-long relationships with his patients, which is a double-edged sword, as he is encouraged by those who survive long-term and gets impacted by those who don’t. The work is thus a “roller coaster ride,” and to handle the physical and emotional stress and concern Steven does physical exercise activities. Not all of his colleagues handle their stresses with such positive methods, he admits, which includes their becoming withdrawn or emotionally distant, as well as falling into substance abuse, which is not desirable and important to recognize.

Steven has always been interested in finding new treatments for patients and is very “device oriented,” so his focus is on creating devices which can kill tumors. He has helped develop needles which can kill tumors by heating these and is also involved with sending electromagnetic waves to the tumors themselves to destroy these without needing to physically operate on a patient, which can possibly enhance the beneficial effects of chemotherapy drugs. He is also interested in alternative medicine, noting that he needs to know what herbal remedies they are taking, so he can be prepared. He is also interested in genetics and immunotherapy research, and his main focus is with taking what’s already present, where cancer treatment is concerned, and improving the efficacy of these, along with reducing any untoward side effects, particularly where the patient’s quality of their life, or even livelihood, are concerned. He admits that his interest in finding new ways to treat cancer stemmed from his frustration in being unable to get to particular tumors without damaging parts of a patient’s body.

In My Hands is an accurate portrayal of Steven’s experience, and not all of the stories are upbeat, given the nature of cancer, and included are stories of patients who use humor to create a positive attitude for themselves - the kind of attitude which, Steven notes, is powerful medicine in itself, as such has likely enabled patients to live longer than their statistical expected lifespan.

One of the lessons Steven has learned is to give to patients the hope that he will be with them on their journey, while another is to be direct and available with his patients, particularly giving them satisfactory information which they can understand. Some patients want to know a lot before committing to a course of action, but others just go for it within five minutes of discussion. Steven notes that clinicians need to respect and honor the trust that patients place in them, particularly with conditions like cancer. 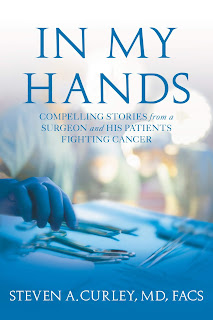 Some of Steven’s long-term patients approach him with concerns totally unrelated to cancer, which leads to Steven occasionally being ribbed by his colleagues for being somewhat overqualified for certain procedures. The wackiest incident Steven can remember is when a female patient, a prim-and-proper lady, the wife of a high profile person, was recovering from an operation and, under the influence of the anesthesia she was then under, began swearing long and hard at everyone around her. She didn’t remember what happened the following day, and over the next few years her family would tease her about the incident.

To those who have recently been diagnosed with cancer, or who has someone close to them who has recently been diagnosed with cancer, Steven recommends that they get as much information as they can and not let the diagnosis overwhelm them. He recommends that patients take care of their entire body, which includes maintaining a positive outlook, eating a healthy diet and exercising. Steven notes that some people are responsible for the cancers they get, such as smokers getting lung cancer, which means that the patients themselves are in control of their own destinies moving forward in their lives.

Purchase from Amazon: In My Hands: Compelling Stories from a Surgeon and His Patients Fighting Cancer by Dr. Steven Curley

Posted by alvinwriters at 8:54 PM

Email ThisBlogThis!Share to TwitterShare to FacebookShare to Pinterest
Labels: Cancer, Care, Dr. Steven Curley, In My Hands: Compelling Stories from a Surgeon and His Patients Fighting Cancer, Medicine