In this interview, Jaime Donally talks to Alexander “The Engineer” Lim, host of AuthorStory by alvinwriter.com about her book, Learning Transported: Augmented, Virtual and Mixed Realityfor All Classrooms.


“I want teachers to know that these are the tools that we have for today, not someday.” ~Jaime Donally 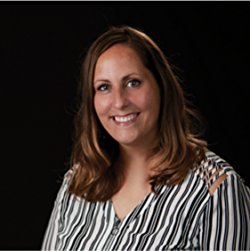 One of the aspects that educators need to learn and grow in is the use of technology in the classroom which, Jaime notes, is more for the student than for anyone else. Jaime herself has been involved in instructional technology for several years, even before it became popular, working as a resource person and trainer with educators who implement and become familiar with how to use technology in teaching.

Jaime never gave much thought to writing a book, but she had a lot of material to work with. Learning Transported stemmed from the people she worked with asking for something “in black and white” which they could refer to after she had met with them. A representative from the International Society for Technology in Education (ISTE) then spoke with her about the possibility of writing a book on technology, and while Jaime originally thought that she would be supporting a writer who would do it, it dawned on her that the ISTE representative had her in mind as the book’s author. When asked if she would write the book, Jaime said, “Yes,” and the book sprang from there. Learning Transported covers aspects of technology “beyond the wow,” covering the immersive tools available at present. Being a practical person while doing things that aren’t the norm is part of Jaime’s personality, and this shows in the book, as it isn’t a “standard” book but also includes things to maintain a reader’s interest, complemented by lesson plans she designed herself and other tools to engage the reader.

ISTE is, according to Jaime, an international organization that focuses on integrating technology into education, and it conducts a yearly conference in the US. It has released standards for interactive technology, and the standards related to education revolve around enabling students to own their own learning and their creativity, thereby empowering them from just being students spoon-fed with information.

Jaime discusses the newly envisioned 2016-2017 ISTE standards in Learning Transported as well as various issues, such as why the technology is necessary and the importance of having such resources. Her book also reveals other aspects of technology which aren’t common knowledge to the public, giving information on the true depth and breadth of the technologies available. Jaime points out that such games as the popular video game Pokemon Go, which came out in 2016 and enabled participants to travel around the real world in order to capture virtual creatures, have brought awareness to such things as augmented reality to the public, and that its potential is far greater than what is commonly known. 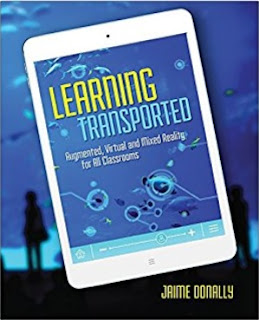 Jaime notes that the term “disruptive technology” is what’s most often associated with interactive technology, and while she acknowledges the fear that educators have when embracing a new system, she also remarks that educators need to keep the students’ interests in mind. Interactive technology should, according to Jaime, match up with the skills and ways students would ultimately need to have and learn to succeed in life. Jaime notes that interactive technology will enable students to “own” their learning and unleash the students’ creative instincts, which would turn educators from being mere information feeders to facilitators who guide students in exploring their learning and creativity, giving them the freedom to become creators and producers of their own content. This is reflective of what is embodied by the new ISTE Standards which is very clear in the preamble:

“The 2016 ISTE Standards for Students emphasize the skills and qualities we want for students, enabling them to engage and thrive in a connected, digital world… The reward, however, will be educators who skillfully mentor and inspire students to amplify learning with technology and challenge them to be agents of their own learning.”

Posted by alvinwriters at 3:58 AM